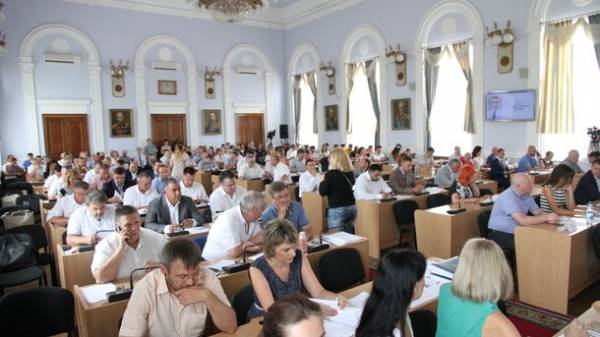 Deputies of the Nikolaev city Council voted for the draft decision on recognition of Russia as aggressor. About it reports a press-service of the city hall.

According to the press service, the decision was taken today at the second attempt. As a result, “over” stated the 28 deputies.

“At the meeting of heads of factions I expressed my opinion on this issue. These draft decisions I support, it is clear that they are political. There is a position and it is reflected in the decision. If you have the same position, then please support the project and vote for it,” – said before the vote the mayor Alexander Senkevich.

In addition, the Nikolaev city Council instructed the office staff to communicate this decision to the President of Ukraine, lying and Cabinet.

We will remind, President of Ukraine Petro Poroshenko following the meeting of the summit Ukraine-EU, said that the conflict in the Donbass Russia is the aggressor, not the mediator in the negotiations.