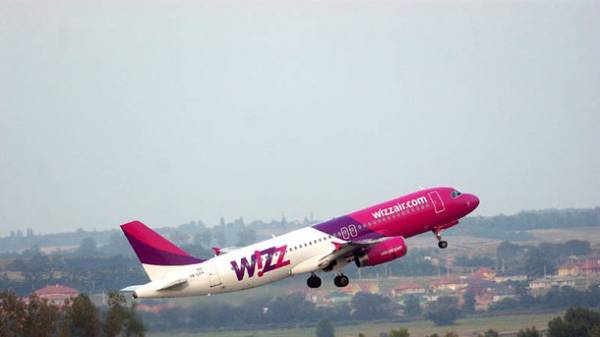 Airline-loukoster Wizz Air has announced to double its operations in Ukraine in 2018.

The company will add a third Airbus A320 at its base in the Kiev airport “Kiev” (Juliani) from April 2018.

During the same month, Wizz will launch two new routes and increase the frequency of flights on the most popular directions – 11 additional flights a week under the summer schedule from Kiev next year.

“The implementation of these plans will lead to additional investments in its Kiev base of around 300 million euros, and to increase the number of seats more than 1.5 million (+97% compared to 2016),” according to Wizz Air.

The company also believe that the development of activities in Ukraine will continue to stimulate the economy. “[It] will lead to employment growth in the areas of aviation and tourism, supporting more than 550 jobs this year in related industries across the country,” said the company.

As reported, on 19 April 2018, the new aircraft will provide flights on two new routes from Kiev to Tallinn and Lisbon. Flight Kiev – Lisbon will be the only direct service between the two capitals. Tickets for all new routes, the company said, are already in sale on 12 July at prices from UAH 429.

The frequency of flights to popular destinations from Kiev will also increase with the advent of new aircraft will be added one flight per week to Bratislava, Copenhagen and Dortmund, and also on two flights to Cologne, Memmingen, Larnaca and Hannover.

Recall that the low-cost airline Ryanair July 10, announced the cancellation of their planned entrance to Ukraine. In Ryanair stated that the airport”Borispol” has violated the agreement reached in March this year, the Ministry of Infrastructure with airport officials. At the same time in the “Borispol”, said that Ryanair puts forward the airport requirements that don’t correspond to the Ukrainian legislation. According to the head of the Cabinet of Ministers Volodymyr Groysman, the negotiations with Ryanair will resume. While Ryanair has no plans to resume negotiations on Ukraine.