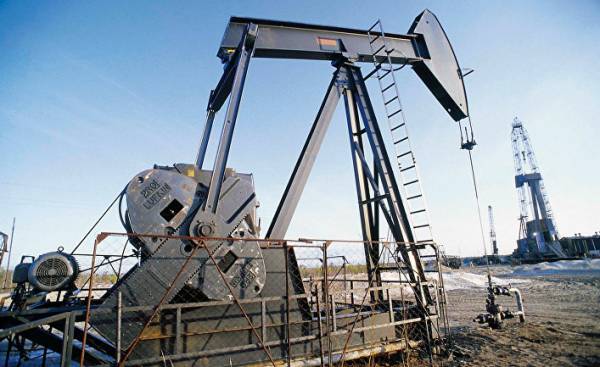 Two and a half months ago, Vladimir Putin received one letter. It should be noted that this was not just a letter from someone. No, the “who’s Who” of the Russian economy have gathered and composed this letter.

The current legislation, complained the signatories of the letter, is such that it makes no distinction between small shareholders and strategic investors and gives both the same access to information about the firm. Therefore, they say, firms in Russia are poorly protected from abuse.

If many of the signatories were guided solely by a desire to initiate the adoption of new laws that would do more to help business, Surgutneftegaz head Vladimir Bogdanov had also signed this letter, there was also the wish that nobody ever had any access to critical information.

This man keeps a number of secrets. The biggest: how he managed to accumulate the biggest cash reserves of one of the Russian firms — or a single oil company on the international level? 34 billion (29.8 billion euros) rest on the accounts of the company.

A complex network of 23 firms

But who actually owns the third largest oil concern in the country? This secret kept for decades. In the foreseeable future this is, perhaps, nothing will change. Constantly assure — even in the highest positions that a large portion of shares is the employees and the company’s head Bogdanov. However, according to the original report, Bogdanov and a number of older gentlemen from the Board or the Supervisory Board own no more than 0,7% of the shares.

The true ownership structure is hidden beneath a complex network of 23 companies, financial investments which become in proportion to the market capitalisation of Surgutneftegas, as found a few years ago the Russian media.

Bogdanov never confirmed. But stubbornly kept hearing that Putin’s entourage and perhaps even himself in princes maintained this concern. Six years ago one critic of the system reported that Putin owns exactly one third of this company.

It’s never confirmed, but it is evident that Surgutneftegas has never had problems with state institutions, while in other companies it has already become commonplace.

Against this background, of course, it is very interesting that the company that provides 11% of Russian oil production and 7% of total Russian refining, has so much money.

Bogdanov, who became the head of this concern even in the days of perestroika in 1984 and was left to manage after its privatization in 1993 (his contract was recently renewed till 2021), stores in terms of almost 30 billion EUR in foreign currency accounts.

However, due to the growth of the ruble last year, Surgutneftegaz for the first time in many years was recorded a loss of 104.8 billion rubles (the current exchange rate of 1, 52 billion rubles), because the cost fell position, which was held in dollars, euros or pounds.

For comparison: in 2015, the profit amounted to 761,6 billion. It is generally believed: for Surgutneftegaz, with its more than 114 thousand employees, the ruble has more value than the price of oil.

Bogdanov, who is now 66 years of age, who, according to the Forbes list, the condition of 1.64 billion dollars, and which is called the “Siberian hermit” because he only reluctantly leaves the West Siberian oil city of Surgut, is considered to be very economical. And so this firm despite losses in the past year remains true to the tradition to pay dividends.

No interest to make additional purchases

29 June at the meeting of shareholders decided to pay dividends in the amount of 26.6 billion rubles. This payment has always been the reason for the popularity of such preference share. However the guarantee of dividends it is no longer.

That is, the Surgutneftegaz time does not stand still. Confusion among observers is only the fact that this group does not use its billions in reserves on additional purchases.

For example, last year there was a lot of speculation about whether to participate Surgutneftegaz with its vast financial cushion in the partial privatization of the industry leader Rosneft, or in obtaining a smaller competitor Bashneft.

Due to the fall in oil prices, the state urgently needed money, and Bogdanov was considered in relation to the Kremlin is absolutely loyal. The Manager shrugged — probably with the consent of Putin — and thus remained faithful to his strategy, almost nothing to buy and instead be satisfied with the development of their own fields.

For many years of stable production

In its core business Bogdanov may indicate that he has a very high coefficient of oil recovery (oil recovery factor).

In some fields this the recovery rate can reach at 0.58 to 0.68, while it is the national average does not exceed 0,27 once explained eighteen months ago, Kirill Molodtsov, Deputy Minister of energy.

Of course, Surgutneftegaz there are problems. Specifically, that this firm, like its competitors, faces the problem that the deposits in Western Siberia are depleted.

And that re-open the reserves to 30% unprofitable, as chief geologist of this concern. Vyacheslav Chirkov: in General, all newly opened deposits difficult and cannot be mastered without new technologies.

No criticism from Putin

Therefore, for many years the production of Surgutneftegas held steady at 61 million tons per year. According to Bogdanov, this should not change in the medium term. In the next five years it is planned to build 19 new fields in the West and East Siberia, said a year ago, the Bogdanov.

So the richest company in Russia is probably not prone to expansion. It is believed that they are quite satisfied with the price of oil in 50 dollars for barrel. Better stability than the big adventure, says Bogdanov. Putin usually pretty sharp in dealing with captains of the Russian economy, it never criticized.