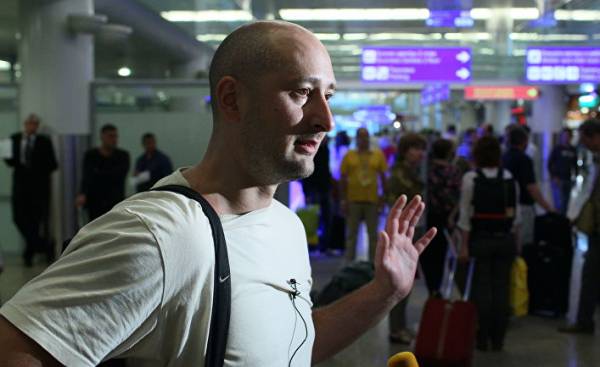 The flight of people and capital from Russia takes place at a constant speed. Foreign investors in the last quarter brought out of Russian assets more than half a billion dollars. And while loyal to the Kremlin media reported stable support in 80% of President Putin, national center for the study of public opinion VTSIOM found that about 10% of the population would like to leave the country. And among the young and educated people, this number comes to 25%. The fact that many graduates of higher educational institutions of Russia want to invest the received knowledge in society and career in the West, is worrying the Russian Foundation for higher education, which seeks to raise the prestige of universities in the country and facilitate their unification. The Fund, whose Chairman is the great-nephew of President Roman Putin particularly cares about the young generation of the technical intelligentsia. The Foundation appealed to defense Minister Sergei Shoigu proposal to provide graduates of technical colleges with the best ratings or the people who work at the strategic enterprises, primarily the defense industry, a delay from service in army. But at the same time this means that according to Russian law, thus will limit their freedom of travel abroad.

Emigrate is also recognized by the critics of the system who would like to remain in the country to change it in any way. One of these critics is Arkady Babchenko military journalist and writer, who took part in the Chechen campaigns of the 90-ies and based on this precious experience has created a new realistic literature. With full knowledge of the situation and without any illusions Babchenko wrote for the independent “Novaya Gazeta” about the history and realities associated with the Russian occupation of Eastern Ukraine. He wanted “to the last” to remain faithful to its task. But a few months ago, Babchenko said on social networks that it is considering a job offer in the “free Europe” because his daughter wants to attend school where she will not be brainwashed. The decision was taken in the spring, after Babchenko in connection with the crash of a military aircraft who at Christmas time went to Syria with the song and dance ensemble of the Russian Army Alexandrov posted your post that it is not necessary to mourn the victims if they allow themselves to be used for intervential Mr. Putin’s war. After that he received many threats and, in the end, went to Prague, where he is even more acutely commented on the events at home.

At the end of last month at the Moscow law Academy named after Kutafin was posted on a memorial plaque with the inscription that this Institute in 1924 were Stalin. In Khrushchev’s time it was taken, but not destroyed. The rector of the Academy Victor Blagoev who raised her again, clearly wanted to demonstrate their loyalty to the Kremlin. Putin’s adviser on human rights Mikhail Fedotov appealed to Blagoevo with the requirement to remove the Board, the network has started collecting signatures under the petition with the same demand, a well-known lawyer Henry Reznik, the teacher of the Academy, in protest, announced his resignation. Babchenko believes that all it very gently. Until then, while in such cases, someone will take up the axe and will not destroy the monuments to Stalin in Russia, nothing will change, he said from Prague.

The correct behavior in illegal state

Some stayed at home, the opposition angrily reacted to his message. Plays for resolute action should lead by example, instead of sitting in Prague and SIP Beers, raged democratic politician Vladimir Milov. Putin critic, an Internet journalist Rima Pole also recognizes that comments Babchenko are worth little after he escaped from a Russian nest of debauchery and no longer share the hardships of his people. The same opinion was expressed by the activist for human rights Elena Cherepneva. However, one online the lady reminded the Internet community that Babchenko, unlike his criticism Milov, participated in protests, and that his life really been in danger. Another Internet user was just happy for the immigrant, because he is now safe.

In this dispute about the correct behaviour in the illegal state it is also about political beauty, although no one uses that expression. Russian civil society lacks heroes, who courageously and selflessly ready to oppose the state’s repressive machine in the country there is universal agreement. Ideal Babchenko is naked violent resistance to the illegitimate rulers, as it was on the Maidan in 2014. The Russian protest movement is not going to end, for example, in protests against rigged elections to the Duma five years ago.

Babchenko does not consider the qualitative difference between the Ukrainian society and state authorities on the one hand, and the Russian society and the government on the other. Desperate Russian opposition accuse each other of cowardice. Sitting in the trenches, they are mainly arguing with each other. Meanwhile, again becomes effective opponent of Putin, Saratov politician Vyacheslav Maltsev, who on his YouTube channel in the “Barrage” against the corruption of President Putin and his Ukrainian campaign with more nationalist positions than a fighter against corruption Alexei Navalny. On Maltsev criminal case was opened on charges of extremism.

As one commentator put it, if and the nationalists fled from Russia, then there is reason to think seriously. 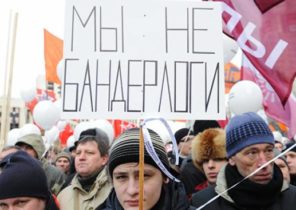