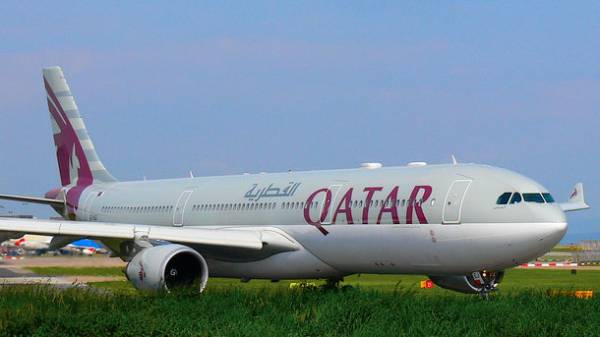 Qatar Airways (Qatar), starting from August 28, 2017, will operate daily flights to Kyiv Boryspil airport from Doha. This was announced by Minister of infrastructure Volodymyr Omelian.

“This was preceded by the negotiations at the level of the aviation authorities of both countries, and coordinated work of the Ministry, the Embassy of Ukraine in Qatar, the Ministry of transport and the airport “Borispol”. Passengers always should be a choice, and the more airlines to choose the airports of Ukraine for the implementation of the flight, the better to develop the aviation industry as a whole”, – said the Minister.

Earlier, in April this year, the Minister reported that Qatar intends to start flights to Kiev, but the schedule was unknown.

The Qatar Airways network covers more than 140 destinations around the world, expanding annually by about 30%. The aircraft fleet of the company counts about 160 aircraft.

Qatar Airways is a list of seven airlines with the highest five-star rating according to the British Skytrax Agency.

Recall, July 10, Ryanair announced the cancellation of their planned entrance to Ukraine. In Ryanair stated that the airport”Borispol” has violated the agreement reached in March this year, the Ministry of Infrastructure with airport officials.