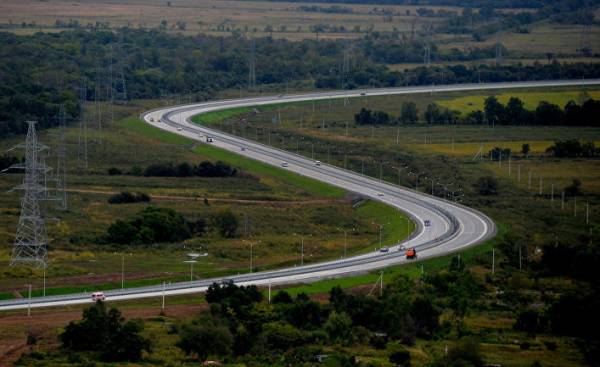 This summer, a Finnish motorists will again receive a letter from the Italian police that will remind them of holidays spent in the southern country. Tourists often get fined for that by mistake drove into the territory, which can only move at a certain time.

In Germany, the Finns learn the local culture of driving, often passing through bitter experience.

In the UK, left-hand traffic increases the risk of accident, especially when leaving the Parking lot, and in Russia it is necessary to be prepared for the fact that the overtaking can take with shoulder.

Although traffic rules and signs in most countries are mostly the same, driving in a foreign country requires the driver voltage, especially at the beginning of the journey.

The journalists of the newspaper Helsingin Sanomat gathered advice from experienced drivers on how to prepare for the journey by car.

“Car ride in a foreign country at the beginning causes the same voltage as when learning to drive, even if there are no big differences,” says Professor Emeritus of psychology driving Summala Heikki (Heikki Summala).

On the territory of the country from the driver of the habit: for example, he looks back, where he expects to see important information, reacts in a certain way when changing lanes and cornering and gives way to other motorists.

However, in another country, these habits are unlikely to help.

“Experienced driver will quickly learn if it is to ensure how to behave on the road, other drivers,” says Tummala.

In unfamiliar surroundings need to be much closer than usual. “The most important thing is that all the time we need to be very careful not to create dangerous situations.”

In the culture of driving in the North and the South there is an obvious difference, and it is the opinion of Sammuli, especially in how to follow the rules and give way to other drivers.

In the Nordic countries obediently follow the rules. In the southern countries such as Italy, Spain and France, the movement more intense, and the space is used more efficiently. It is expressed at a higher pace driving.

In Germany, the discipline is even more strict than in Finland. On the motorway it is necessary to immediately return to your lane the lane ahead, if behind with a big speed of the other car.

“In the rearview mirror, it is necessary to look more often than Finland” — gives advice Villanen Anneli (Anneli Villanen), based on years of experience. It is just as important as looking forward.

Anneli and Villanen Heikki (Heikki Villanen) traveled by car from 1970-ies, and in motorhomes since the 1990s, hundreds of thousands of kilometers. In Europe, they are visited only in Iceland and Malta.

In recent years, they traveled extensively in Russia and Eastern Europe, because there it is profitable to buy fuel and food.

The trip had been going well. Problems with battery charging and other matters were not, although they almost don’t speak Russian.

One terrible episode Anneli Villarin remembered for a long time. Motorhome was standing on the side of a deserted road somewhere in Russia, when suddenly from the forest came a huge man, swinging a knife.

“It was a really frightening situation, but he came only in order to give us mushrooms. In Russia really are very friendly people.”

Local features of the road can sometimes lead to penalties.

They should pay, although sent by the Italian police fines and are levied in Finland. They can pop up during your next trip to Italy.

Statistics obtained by the Finns ticket. The police will first send a fine directly to the owner of the vehicle or the firm at which the car was rented.

If a car owner does not pay the fine, the official services of the EU countries can send him to the Center of the legal registration of Finland, who will collect it from the motorist. If the fine is then not paid, it goes to the center of tax collection.

Each year, the Center received information about hundreds of fines issued to the Finns. Most fines comes from the Netherlands, Germany and Estonia. In the system the participation of all EU countries, except Greece and Ireland.

The condition of the roads of Estonia, Latvia and Lithuania in recent years has improved significantly, although some of Latvia’s highways are still dotted with holes.

With the exception of Lithuania, motorways small. Around big cities paved a bypass road, but many roads still pass through villages and small towns. It slows you down. Therefore the average speed on long trips is usually only 70 kilometers per hour.

Many local drivers are in a hurry. The overruns are commonplace, and often on roads with two lanes of cars lined up in four rows.

Cameras speed are installed everywhere, usually warn them in advance.

Traffic in big cities is mostly uniform, but after a traffic lights it slows down.

The permissible level of alcohol in blood:

In Estonia — 0.2 ppm. The police makes the observation, if it exceeds 0.

The most unusual thing in Germany, motorway, or autobahn. Before they had to go with such a speed that the car was able to develop. But now on most autobahns there is a limit of 120 or 130 kilometers per hour.

Motorway usually have three or four lanes in one direction. The first step is to choose the rightmost lane. After advancing, you must immediately return to your lane.

On motorways you can also move and, for example, in the RV. It goes on a lot of motorhomes and caravans, as elsewhere in Central Europe.

The summer should be prepared for hours of traffic. Studded tires are forbidden in Germany.

The permissible level of alcohol in blood: 0,5 ppm. For drivers with experience less than two years and has not attained 21 years of age — 0,0.

In Russia, driving is often knocked down a peg before Vyborg. Cars with the Russian numbers rushing at breakneck speed and do such dangerous overtaking, it is difficult to avoid the temptation to turn around and go back.

The route from Finland to Vyborg still is not a typical example of the organization of traffic in Russia, but rather the exception to the rule. Drivers, first of all, I want to compensate spent on the border.

In other places the movement was organized by Finnish standards normally. State highways are mostly good or satisfactory, but their narrowness increases the number of leads that you can get jittery.

The highway runs through villages and small towns to slow traffic.

Transport police are very corrupt, but not always. Usually the police leave alone machine with the Western rooms, follow the rules, because it takes too much time to get a bribe from a foreigner.

Driving on dark highways is really dangerous, as they have moving a lot of trucks.

The permissible level of alcohol in blood: 0,35 ppm.

According to the Ministry of foreign Affairs of Finland, the speed on an Italian highway is high, the distance between the vehicles is small, and often the decisions that the drivers are unpredictable. Turn signals are seldom used.

In the cities rarely follow the rules of the road. Requires riding habits, especially from beginners.

Road the Italian law is very strict, and the fines can be large.

According to the Union of motorists of Finland, the condition of major roads is at a high level, the majority of local roads are also in good condition.

The permissible level of alcohol in blood: 0,5. For drivers with experience less than three years is 0,0.

The movement of the left that requires habits.

Summala says that, according to research conducted in other countries, tourists who are accustomed to right traffic, get into accidents 2-3 times more often than the tourists who come from countries with left-hand traffic.

Should be especially careful at intersections. In the UK there is no rule to pass the “right of interference”.

Traffic on the highways quiet, but in cities congestion is often formed. To find a place for Parking in the city can be difficult.

According to the Union of motorists of Finland, the roads throughout the country great and are in good condition all year round.

Cell phone use while driving is prohibited.

The permissible level of alcohol in the blood: in England, Wales and Northern Ireland is 0.8 ppm. In Scotland Is 0.5.

In the United States the movement is smooth, but some of the roads can be unexpectedly poor condition. The country is adapted to the movement of the cars. So the car can be drive anywhere, and without the machine, the movement hampered.

The traffic rules in different States may be different. At the crossroads you can turn right even on a red light.

The movement of the car across Manhattan excruciatingly difficult, because passing through the streets of pedestrians don’t pay attention to traffic lights.

If the police ask You any reason to stop, You have to remember that the police believe that the car can be a weapon. So everyone in the car needs to keep his hands in plain sight.

In most States, the car can’t carry open bottles of alcohol. Young people under the age of 21 can’t drive in the car, even a closed bottle of alcohol, if traveling without parents.

The permissible level of alcohol in blood is 0.8 ppm. For young people under the age of 21 is 0.0 ppm.