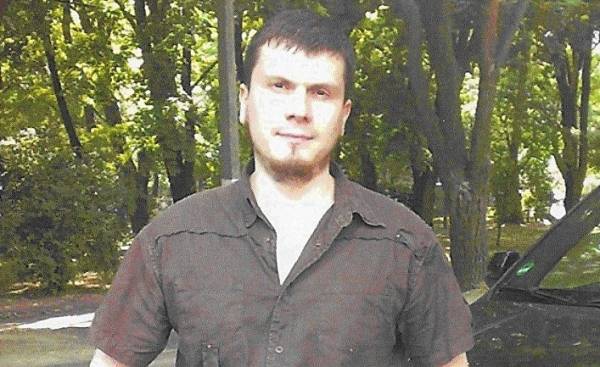 When we ask him about the man who shot himself in his lung, 36-year-old Adam Osmayev just smiles. “It’s hard for me to say about him something good, but in order to try to kill us this way, was the courage — he says with a relaxed tone surrounded by two bodyguards, sitting in the Tatar restaurant in the Ukrainian capital. — It is, of course, he was still hell, but determined he will not be denied!” We are talking about Arthur Dinicotinate, a Chechen gangster, who considered running for President, Ramzan Kadyrov. He introduced himself as a journalist of the French newspaper le Monde and several times interviewed Osmayev and his wife Amina Okueva to lull their vigilance. On the fourth time he pulled the Glock and tried to shoot at close range in the car. Seeing the weapon, Adam grabbed it by the barrel, but it was too late: the shots rang out.

However, all this gave Amin time. “I had only a few seconds, I grabbed the gun and shot him,” said she hid under a jacket, a Makarov pistol, which never parted. Received four wounds of Denislav was taken to the hospital and then taken into custody. But they would allow himself to be fooled, since the Ukrainian government warned them about the impending assassination attempt, and they do not leave the arms and in the morning check has not laid for the night in the car bomb?

“We had doubts, but he was a phenomenal actor and well portrayed European journalist slightly homosexual, who speaks Russian with a slight French accent,” Osman replies with a hint of admiration in his voice. A perfect cover to get close to the targets, which the war put forward under the spotlight and pushed to put his fame at the service of the common struggle against “Russian imperialism”, as in Ukraine, and Chechnya.

Adam Osman — the son of a Chechen businessman, who fell into disgrace after coming to power of Ramzan Kadyrov in 2005. In 2015 he leads a battalion of “Dudayev”, which gathered in Ukraine, many Chechen volunteers. At the peak of the conflict, it consisted of 200 men who sought to continue the struggle with Russia and also with the people of Ramzan Kadyrov (he sent them to the Pro-Russian separatists). In his youth he lived for six years in the UK, where he studied at the prestigious Wycliffe College and enrolled in the University of Buckingham. He was talkative and smiling, and the years in England, watching with ironic detachment. His laid-back attitude, it might seem Amateur, but only in comparison with serious and resolute attitude of his wife. “She’s fanatically devoted to the case,” warns their friend.

Amina Okueva, whose blue eyes accentuated by covering head hijab, said with cold confidence. She spent childhood years in Odessa, Moscow and Grozny, and in 20 years, fled from the war in Chechnya. The experience became for her a shock. In Ukraine, she entered the Odessa national medical University, graduated, got a diploma of a surgeon. In 2009 she married Adam, who shortly before had settled in the city. For them life was again disrupted in February 2012 when he was arrested and sent to jail by a strange accusation in preparation of attempt at Vladimir Putin. Extradition to Russia was prevented by the European court of human rights (ECHR).

“I said to myself that you need to fight the government that sent her husband to prison, to seek a review of the case and, perhaps, even his release”. When in November 2013, the country began protests against President Yanukovych, Amina went to the Maidan. She remained there until the completion of the revolution in February 2014, he participated in clashes with the police, took care of the wounded. After the outbreak of war in the East, she without hesitation joined the volunteer battalion to fight with weapons in their hands. Isn’t this against the Hippocratic oath? Amina just laughs. “I did not say it. To swear by the pagan gods against my faith.” She recognizes that the doctor should save lives, not take them, however, to cope with the ethical dilemma of combining both at the same time: the sniper rifle in one hand and a blood bag in the other.

November 18, 2014, the court finally made the decision to release her husband. They went together to the “battalion Dudayev”. Apparently, the attempt on the 1st of June was a result of their participation in the battle, and the ardent rejection of President Kadyrov. “Everyone knows that he’s chasing the opposition around the world,” says Okueva, Recalling the murder in Dubai, Turkey and Austria. It is not clear why impact, it was decided to apply now because at the moment the “battalion Dudayev” — only a shadow. Despite repeated requests, it did not join the Ukrainian army or the Ministry of the interior that de facto does not allow him to act. Anyway, after the incident, interior Minister Arsen Avakov gave the amine Okueva a very controversial gift: a Glock pistol.

The attack was for the government a good opportunity to remind the international side of the conflict now, when the world’s interest in Ukraine faded. “This incident could give new status to Adam and Amina, of course, if they will not forget what you have to Avakov, and abandon political plans,” — said the expert on Ukrainian politics. Amina was a candidate in the local elections in Odesa in 2014, opposing the current majority. Today, she calls it a mistake: “I support the actions of our government and I do not think that they can benefit in politics.” The message was clearly received