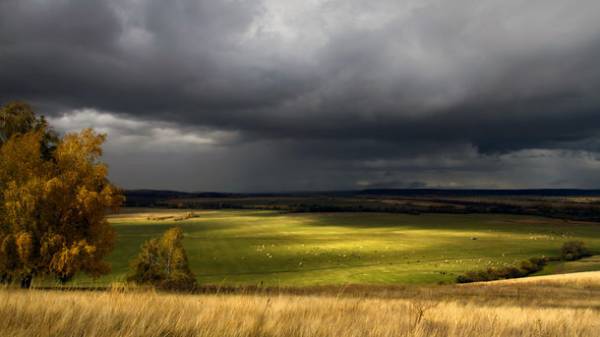 Ukraine this week will cover storm cyclone. Thus, according to the forecast of weather forecasters, is expected to significantly warming. So, in the first half of the week the day temperature will rise above 30 degrees. The website “Today” found out what weather to wait for the Ukrainians this week.

July 11, storm precipitation in the West and North of Ukraine, the rains on this day will be held in the capital. While in the Western regions and in Kiev, the temperature will fluctuate between the marks at 30-32 degrees above zero, and in the North in the afternoon the air warms up to 25-27 degrees. Hot weather is also expected in the South and center of Ukraine, where the thermometer rises above 30 degrees. In the East, from 26 to 28 degrees. No precipitation. 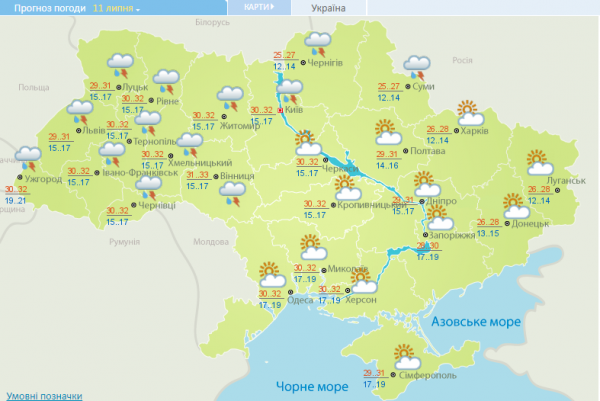 July 12 thunderstorms will be throughout the country except the South. It is expected a slight cold in the West, in the centre and in Kiev. The temperature in this area will rise to 26-28 degrees in the afternoon. South to 32 degrees above zero during the day. 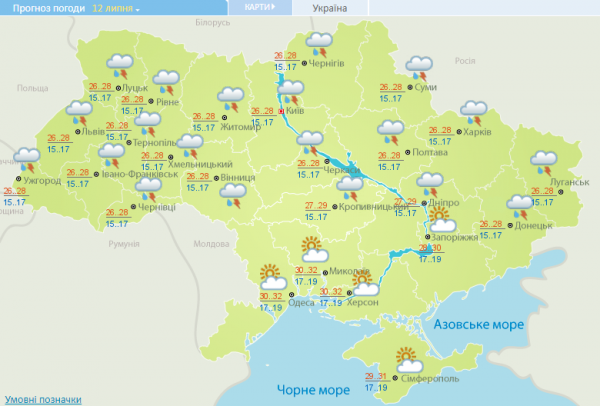 July 13, Zaporozhye and Kherson regions – partly cloudy. The rest of the territory will pass storm rains. While in the West the temperature will rise only to 23-25 degrees, in the center and North – 26-28 degrees. Relatively hot weather is expected in southern and Eastern regions – the temperature, according to weather forecasts, will rise to 33 degrees Celsius. 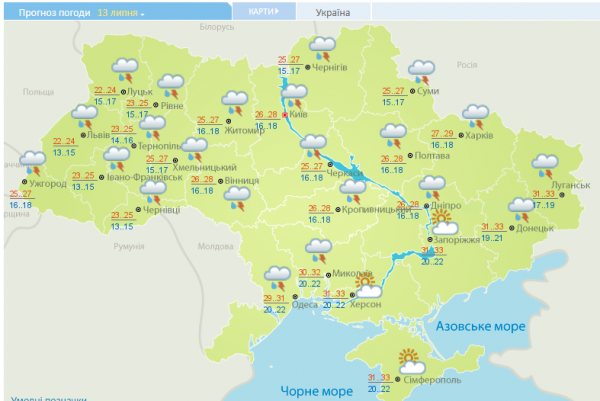 On Friday, July 14, in the Volyn, Rivne, Chernihiv and Sumy regions – partly cloudy. The rest of the territory of Ukraine are expected thunderstorms. In the West and in the centre this afternoon the temperature will fluctuate in the range of 25-27 degrees. Relatively cool weather is expected in the capital – there the thermometer column will fluctuate in the range of 23-25 degrees. At the same time in the southern regions – from 28 to 31 degrees Celsius in the West and 33 degrees.

11 Jul revered the memory of the monk Sergius and Herman, Valaam miracle workers, informs a portal “Weatherman”. From this day already you can dig early potatoes. In the old days noticed that before St. Peter’s day (12 July) the sun is unusually burned, spilled paints. On this day, our ancestors listened to the cuckoo: if she ceased to sing winter had come.

July 12 is the commemoration day of the Holy apostles Peter and Paul. This day is the “crown” of summer. Our ancestors noticed if clearly on St. Peter’s day – the year will be good, and if it rains 40 days will still be bad weather. Most often, this day is dry, hot, bright. For this reason there was a saying: “Peter-Paul heat added”. If the cuckoo cuckoo after St. Peter’s day, it means that summer will be warm and long and the snow will soon fall.

July 13 marks the Cathedral of 12 apostles: Peter, Andrew, James the son of Zebedee, John, Philip, Bartholomew, Thomas, Matthew, James the son of Alphaeus, Judas Iakova, Simon Zelotes, and Matthias. Our ancestors listen to the cuckoo: if she continues to sing – the summer will be good and long.

July 14 is the commemoration day of the Holy Wonderworkers Cosmas and Damian. Farmers at this time began haymaking: “Kuzma and Damian come – for a mowing have gone”. By this time, kept pace with raspberries, the first vegetables. Our ancestors Kuzma and Damian cooked jam made from gooseberries. In former times, noticed a good weather on 14 July promises good weather on 14 November, and if there is bad weather that day, and November 14, do not expect anything good.

15 Jul revered the memory of St. Photius, Metropolitan of Kiev. In earlier times this day was still a holiday of Deprivation. She is considered a guardian against evil and a protector of health. By this time, kept pace early cherry. Our ancestors noticed if by 15 July on trees “peep” the first yellow leaves – autumn comes early and winter will be early. In the period from 15 to 20 July in rivers and reservoirs begins to bloom in water.

16 Jul revered the memory of the pious princes Basil and Constantine of Yaroslavl. In people, this day is called poppy, and from earlier times are considered unlucky. July 16, better to be careful not to start any proceedings. By this time, fully Mature and forestry, and the strawberries. On this day our ancestors watched the mosquitoes and midges if they are twisted in circles, good weather is guaranteed in the next seven days.