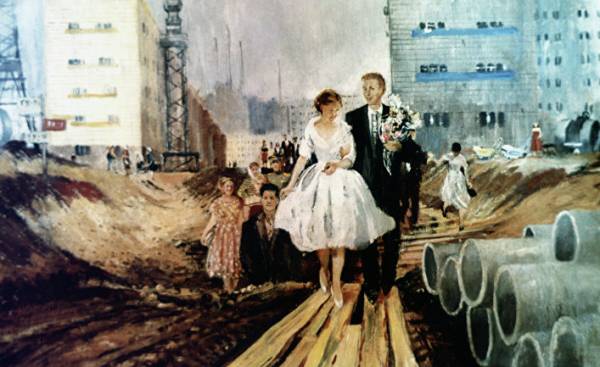 According to the results of a large Russian poll recently, Stalin was named the most “outstanding” person in history. But right now, Moscow is more attracted to another of the Soviet period — namely, the 1960-ies.

In the spring three of the Moscow Museum held exhibitions that in various ways were connected with what is called “thaw”, that is, the period from Stalin’s death in 1953 to the invasion of Czechoslovakia in 1968.

The fascination of the Soviet fifties and sixties lasts for some time. In recent years, many Russian TV series takes place during the “thaw”. Often they are somewhat similar to the Russian versions of “Mad men” (Mad Men, American television series about a 1960s, years — approx. TRANS.), in which a lot of effort put on the creation of typical for that time of costumes and interiors.

Some time ago I visited a large exhibition in the Tretyakov gallery, which was called just “Thaw”. It was possible to see paintings, films and photographs of the time, as well as household items such as vacuuming a Sputnik.

“Thaw” is described as a period of greater openness, freedom, hopes for the future and improve their financial status. Launched a large-scale construction of housing for people began to rise a kind of consumption culture and even the Soviet Union first went to space.

It was a time of optimistic rhetoric. The exhibition was a picture of Yuri Pimenov, 1962 in the style of socialist realism — “Wedding on tomorrow’s street”. Her elegant couple is on a construction site among half-built houses. Now they have nothing but a bright future. Soon they will appear here private housing.

The exposition tells about the dark side of time. In one of the showcases is known to extract from the court record, 1964, when the parasitism accused the poet Joseph Brodsky. But the dominant mode is still a positive description of the ‘ 60s.

A visitor leaves the Tretyakov gallery with the feeling that the Soviet 60s is a kind of ideal.

Nostalgia for the past as a political idea — it is certainly not a Russian invention. Many political movements in Europe of both right and left, now looking for the future in the pages of history.

According to Slavist Svetlana boym, you can feel nostalgia not only for the past, but the dreams of a past that never became a reality.

The most attractive feature of the “thaw”, as is shown in the exhibition and television series, is that it reflects a future that never happened.

The recent Russian television series about the thaw called “the Optimists”, he depicts a young Soviet diplomats 60 years. Script writer Michael Idov said that he was fascinated by the time when people were absolutely sure that tomorrow will be better.

Today, this belief is very far away. Looking at pimenovsky “Wedding on tomorrow’s street”, it’s hard not to feel skepticism. Will complete a house for the newlyweds? If they would get my apartment? And if so, how askew and crooked it will be built? 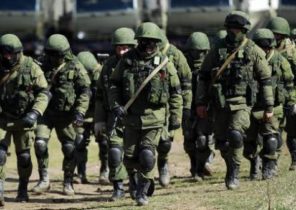