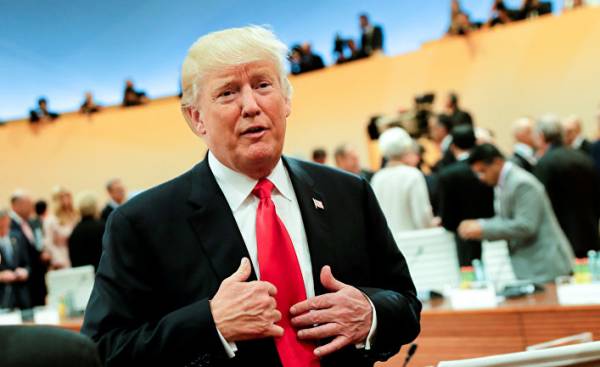 Despite all of its shortcomings, “big twenty” — an extremely useful organization. In the represented countries account for more than 2/3 of the population of the entire planet, they account for 85% of global GDP and 75 per cent of global trade. Given the elitism of the “big seven”, which includes only the most economically developed countries of the West, the inaction of many UN organizations, which include representatives of 193 countries, and the absence of a world government, the G20 has sufficient legitimacy and effectiveness to fulfil the role of a platform, where decisions on the management of global processes.

Multipolarity is the only way at least to some extent to streamline the complex world in which we live, and which faces massive challenges of economic (trade, investment) and political (climate change, migration, terrorism) of the plan. If there is a possibility that globalization would benefit all, then it can be exercised only at meetings of the G20.

This understanding of the need to respect the rules and agreements shared by all but — most importantly — the US President Donald trump with his motto “America first.” This slogan is borrowed it is no coincidence that their 30-ies of the last century, when vengeance was dominated by protectionism and authoritarianism.

Oddly enough, but in this disregard of the G20 and the multipolarity at the end of last week in Hamburg coincided so different players like Donald trump and the militant anarchists, to the end not clearly represent what the ideals, goals and principles they advocate.

The tenacity with which the tramp tried to refuse any commitments on climate and reserve the right to introduce protectionist measures, was nearly jeopardized the signing of the final communiqué. Unfortunately, the US President once again outlined a global agenda of their contradictions and vacillation. In Warsaw trump gave a speech about the civilizational crisis in the West and asked whether the West is ready to defend its values. But during his first meeting with Putin dropped all the problems in relations between the West and Russia, but was unwavering in his dislike towards Mexico, promising to make her pay for the construction of a wall on the border. In the best traditions of Oriental despotism allowed it to replace her daughter Ivanka, although, in accordance with the Protocol, at the time of his absence he would have to put in its place the Secretary of state. All other world leaders was pretty surprised.

The good news is that the group continues to exist, even in the form of a G19. Fortunately, Trump will not be able to disrupt nor globalization, nor the creation of new forms of world governance, because all the other States directly interested in them. G0 or G1, dream about trump, will not take place. Europe, which last week signed a major trade agreement with Japan and is going to sign the same with Canada, should continue to bet on multipolarity. With trump or without him.