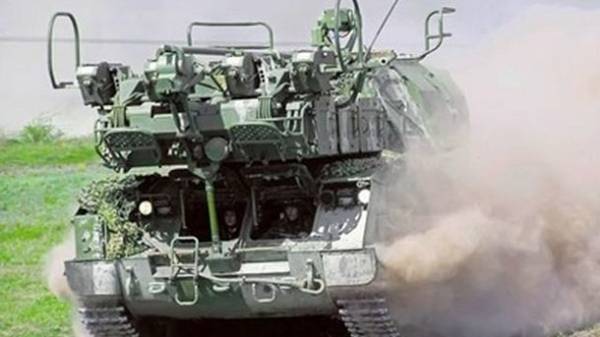 Ukraine first began training anti-aircraft missile units to repel a series of massive attacks of the enemy from the air. This was stated in an interview with the chief of antiaircraft-rocket armies of Air forces of Armed forces of Ukraine Dmytro Karpenko, reports channel “112 Ukraine” with reference to the press service of the defense Ministry.

“Important in the current process of military training is that we have started to prepare anti-aircraft missile units to repel a series of massive attacks of the enemy from the air. This is not the practice since 1992” – said Karpenko.

Also this year in the Kherson region will held control tests anti-aircraft guided missiles, which will be tactical exercises with combat shooting units, armed with anti-aircraft missile complex “Buk-M1”.

The head of air defense troops of the armed forces of the Mat assures that Ukraine currently sufficiently protected from enemy attacks from the air. According to him, now in the ATO area in Donbas is strong grouping of antiaircraft missile troops capable of repelling a massive attack aircraft and cruise missiles.

We will remind, in September 2017 planned joint exercises of Russia and Belarus “West-2017”. NSDC Secretary Oleksandr Turchynov said that Russian-Belarusian joint exercises can be a preparation for offensive operations. Later, the President of Belarus Alexander Lukashenko assured the President of Ukraine Petro Poroshenko that the exercises “West-2017” will not turn into the preparation for the invasion of Ukraine.

However, the Minister of defence of Ukraine Stepan Poltorak called threat to the Belarusian-Russian exercises “West-2017” on the border with Ukraine.