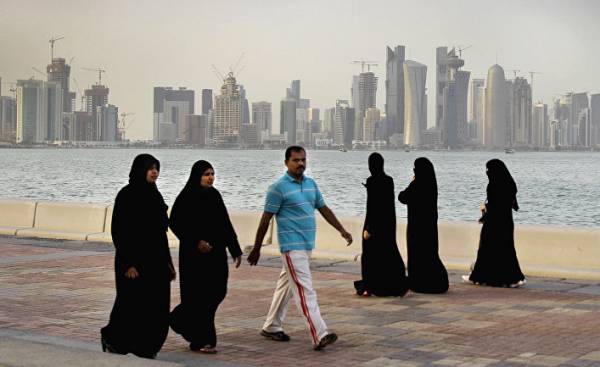 July the third, Saudi Arabia, UAE, Bahrain and Egypt with the mediation of Kuwait extended by 48 hours the deadline of the ultimatum, consisting of 13 items put forward by the authorities of Qatar, a ten-day period which ended on the second of July, and the first of July, the Ministry of foreign Affairs of Qatar, said that the conditions put forward impossible, because it threatens the sovereignty of the country. And fifth of July the representatives of the aforementioned Arab countries will meet in Cairo to “decide the fate of Qatar.”

The key points of the ultimatum, put forward to the settlement, continued for almost a month, the Gulf crisis and the termination of the isolation policy of Qatar is to reduce the level of diplomatic relations with Iran, the termination of funding of the media Al Jazeera, and Middle East Arabi2 Eye, the termination of activity of the Turkish military base in Qatar and the withdrawal of Turkish troops, the termination of relations with terrorist organizations, including Islamic state (banned in Russia organization — approx. ed.), “Muslim brotherhood”, Hamas, the cessation of financial support to all organizations included in the terrorist list of the USA, and the extradition of a number of citizens of the aforementioned countries, linked to terrorist organizations, pay some fines and compensation and so forth. It was also stressed that the Arab countries do not intend to use force, if Doha will refuse to comply with their demands. In addition, an attempt was made to draw the U.S. and the EU, as parties exercising control over the process.

In addition to the Qatari authorities, with different statements about the impracticability of the ultimatum and the need to resolve the problems by political means, made in Washington, Berlin, Brussels, Moscow, against the isolation of Qatar made some international organizations, while Ankara and Tehran have reacted more harshly, calling carried out against Qatar’s policy “unacceptable.”

In total, aimed against Qatar’s actions began immediately after the first foreign visit of the President of the United States Donald trump in Saudi Arabia. In the framework of this visit by the new U.S. administration was underlined the priority of the Kingdom of Saudi Arabia among Arab, Muslim countries: it was the El Riad was given the “honor” to be one of the most important allies of the US in various regional processes, now and in the priority process in the fight against terrorism.

Inspired assigned them a new role, Saudi authorities immediately set to work, with the aim to curb the most important competitor of Qatar, which is located with the Kingdom in the same team claims to be its role. “Small country with big ambitions” not once claimed to be in competition with Saudi Arabia, starting with Tunisia, Libya and Egypt to Palestine and Syria, while reaching the greatest success. Especially in the framework of the opened in 2010 2011годах processes of the “Arab spring” sponsored by the Qatar various branches of fundamental Islamist organization “Muslim brotherhood” has been at the forefront of military and political struggle with the existing authorities in the aforementioned States and several other Arab countries, while Qatar under the tutelage of the ruling family, the Al Jazeera TV channel has become not only a propaganda machine inciting the metamorphosis taking place in the Arab countries, but also in the horn wards forces of Qatar.

This is the reason that 5 Jun Saudi Arabia with some regional allies, in particular the UAE, Egypt, Bahrain, based on attributed to the Emir of Qatar a controversial statement, accused Doha and declared a policy of diplomatic, economic and road isolation, closing the only land border to Qatar with Saudi Arabia and creating barriers of communication by air and sea. Initiative El Riad was well received, in total, from a dozen countries, including Arab, each of which had its own interests, “more or less” associated with the settling of accounts with the Emirate.

Meanwhile, however, the calculations of the Saudi authorities and their partners did not materialize — “lightning of the surrender has not happened,” Qatar has not laid down their arms, and followed the development of events promise a direct serious consequences also for the opponents of Doha.

Of course, this site of competition, the possibility of maneuvering of Qatar is extremely limited, however, the authorities of the Emirate, “having” mobilized all the available Arsenal, while inside the country and outside, to prevent possible threats to his power. Such capacity Qatar differs from numerous Arab countries, its past and present emirs put the basis of the political development of the country infrastructure and administrative transformation, possibly balancing the level depending on different internal and external factors.

Summing up the frame response of Qatar to present them in the following areas:

1. The formation of the crisis staff in the country, the purpose of which is to evaluate their own capabilities and the capabilities of the enemy, coordination of the response, as outside of the country in terms of adjustment of position of external players in the Qatar with the aim of preventing discontent and the Emir of a possible coup attempts. By the way, leads the headquarters of the father of the current Emir Tamim bin Hamad al Tanya — the main author of “the miracle Qatar” Hamad bin Khalifa al Thani.

2. Deepening the various relationships — political, economic, military competitors of Saudi Arabia in the region and beyond.

This trend, in turn, may have several components:

A) Turkey: Ankara Qatar expressed its full support, providing as diplomatic and nutrition support, and agreeing to strengthen established on the basis of an agreement in 2015 between the two countries a military base, where now are, according to various estimates, between 100 and 300 Turkish soldiers. Based on the updated agreement between the parties right under the noses of Saudi Arabia will act 3-5 thousand contingent of one of the key competitors El Riad in the region and the “Sunni world” of Turkey. In addition, Turkey became the main supplier of basic commodities, the lack of which was caused by the blockade, as a result, the export of Turkish goods in Qatar for last month rose by nearly three times. And the fact that Ankara will continue its active support to the government of Qatar, no doubt.

The friendship of Radzhip Tayyip Erdogan and Emir of Qatar Tamim bin Hamad is also a fairly close personal basis, according to different intelligence sources, at the request of the President of Turkey was elite special forces of Qatar has implemented the protection of Erdogan in the process of a failed coup attempt in Turkey.

B) in this direction are still at the level of maneuvers. The government of Qatar maintaining active diplomatic contacts with Moscow, both at the level of foreign Ministers, and regular telephone conversations at the level of heads of the two countries.

C) Iran: the actions in this direction, the reserve Arsenal of Qatar and will be more seriously applied in case of the aggravation of tension. Despite the fact that Iran is ready to provide more extensive assistance, however, the official in Doha is limited to diplomatic support and the supply of food, fearing the likelihood of more inflame “Sunni camp”.

3. Active diplomatic activities. The Minister of foreign Affairs of Qatar, Sheikh Muhammad bin Abd al Rahim bin Jasim al-Thani over the past month called for an important regional and geo-political centers, after the meeting with decision makers of various international organizations, reaching at least the neutral position in connection with the crisis, and in some cases even open support.

4. Interference in the internal Affairs of the countries-opponents of the via sponsored groups — this area is also included in the backup Arsenal.

5. The response on the propaganda field. Despite the fact that most of the countries that joined the process of isolation of Qatar has blocked the key tool of the Qatari propaganda channel Al jazeera, however, that the media continues to refer to the developments in the Arab countries, and his publications are frequently quoted by many international media.

Thus, during the ongoing month of crisis Qatari authorities along these lines is already done by different steps, greatly hampering the possibility of maneuvers the opposite side from the failed attempt of coup to the possibility of direct military intervention.

Meanwhile, another obvious fact — the prospects for a political settlement of the problem only Arab efforts are extremely vague, so the intervention of extra-regional players seem to not have alternatives. Especially after the appointed fifth of July, meeting in Cairo, during which, in all probability, will be further refined tactics in four countries vs Qatar (it is very likely that possible actions will be planned in the direction of greater compression range of political and economic blockade of Doha), up to a certain level will also be drawn later on the new platform solution to the problem, on which some agreement can be reached also on 7-8 July in Hamburg, in the progress of the G20 summit.

P. S. One of the most important features of the crisis in the Persian Gulf is that between some representatives of the Royal dynasties or political administrations involved key countries have a personal competition and even hostility that betrays further developments additional atmosphere of unpredictability. Key players in the crisis are ambitious and unpredictable leaders, like the Emir of Qatar, the President of Turkey, the king of Bahrain, President of Egypt, the hereditary princes of UAE and Saudi Arabia. By the way, the last of them was Muhammad bin Salman, to eliminate obstacles to further strengthening our position within the Saudi Kingdom and the implementation of its ambitious policy just a few days ago by a “Palace revolution”, depriving Muhammad bin Nayif number of posts and titles hereditary Prince, and taking his place. 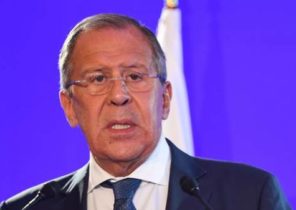 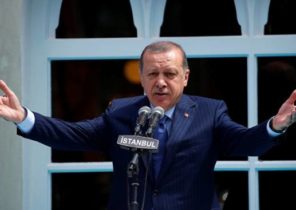