Vice-Prime Minister Pavlo Rozenko considers unacceptable the situation when 50% of the citizens who work do not pay taxes or pay them in full. This was reported by press service of the Cabinet Ministrov.

“In Ukraine, small taxes, but they must pay it. And stories of “dormant entrepreneurs” we have to forget as a bad dream. Such chaos anywhere in the world. No country where 50% of citizens do not pay taxes, did not become prosperous,” – said Rozenko.

According to Rozenko, today in Ukraine one of the biggest loads on the payroll.

“A year ago we reduced by half the ECB and the payroll in the state needs to increase as load decreased,” – said Vice Prime Minister.

Rozenko noted that the legalization of the economy and of wages is key to solving the problems of the budget deficit of the Pension Fund.

“After all, no raising the retirement age and pensionable service nor the manipulation with formulas for calculating pensions or limitations, do not provide this amount of resource as real legalization of the economy,” he said.

“Of course it’s a difficult process, but we will come to that. So now there is a painful reform, but we must realize that Ukraine has a tax system is quite liberal. But again I emphasize: all should pay taxes. Otherwise we will never have a prosperous country and great pensions”, – summed up Vice-the Prime Minister.

This innovation has led to the fact thatKrajina private entrepreneurs began to close his business, which is temporarily idle.

In Parliament, meanwhile, has proposed to introduce a transitional period for the elimination of “sleeping” PE. 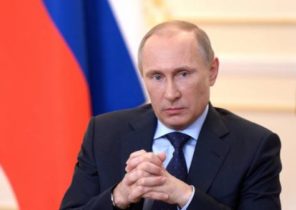