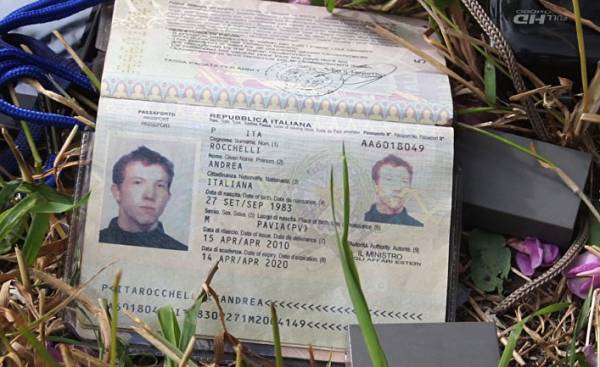 An Italian journalist was shot in the Donbas conflict between the forces of the regular Ukrainian army and Pro-Russian rebels self-proclaimed Donetsk people’s Republic. During the operation he was shot from a grenade launcher.

The carabinieri arrested in Bologna of an Italian citizen of Ukrainian origin, a suspect in the killing of Italian photographer Andrea Rokkelli (Andrea Rocchelli) and Russian interpreter Andrey Mironov, but also in the wounding of a French photojournalist William Reglone (William Roguelon) may 24, 2014 in the Ukrainian city of Slavyansk. The order on preliminary detention was ordered by a judge responsible for pretrial investigations at the Tribunal of Pavia at the request of prosecutors Pavia, and carried out by the Department of criminal police carabinieri of Milan and Pavia.

In the Donbass region of Ukraine 31-year-old Italian photojournalist covering the conflict between the forces of the regular Ukrainian army and Pro-Russian rebels self-proclaimed Donetsk people’s Republic. Photographer, known for numerous reports of hot spots, reflecting the suffering of the civilian population, was in Ukraine from the beginning of may 2014, along with a Russian translator Andrey Mironov, was also killed during the attack, in which French photographer William Rohlon was wounded.

The investigation launched by the information Department of the carabinieri of Pavia, and then by the special police unit of Milan in koordinacii with the Prosecutor’s office of the city of Pavia (assistant Prosecutor Mario Venditti, Mario Venditti, and Deputy Prosecutor Andrea Zaninelli, Andrea Zanoncelli), according to some, established that the responsibility for these events are borne by the Italian citizen of Ukrainian origin. In late 2013, this young man returned to Ukraine and participated in clashes on the Maidan in Kiev.

Immediately after that, he joined the newly formed volunteer battalions, formed within the National guard directly subordinate to the Ministry of internal Affairs of Ukraine. May 24, 2014 shooting from firearms and grenade launchers at the three photographers started from the hill Karachun near the small city of Slavyansk.

The Ukrainian authorities in prolonged investigations have classified this episode as a “side effect” of war, that is, as the incident for which nobody is responsible in which there is no exact explanation. But thanks to the efforts of the parents of Andrea, Eliza and Reno, thanks to the perseverance of their lawyer Ballerini Alessandra (Alessandra Ballerini) and the work of the carabinieri, the special police unit of the Prosecutor’s office of Milan and Pavia in may this year the investigation was resumed.