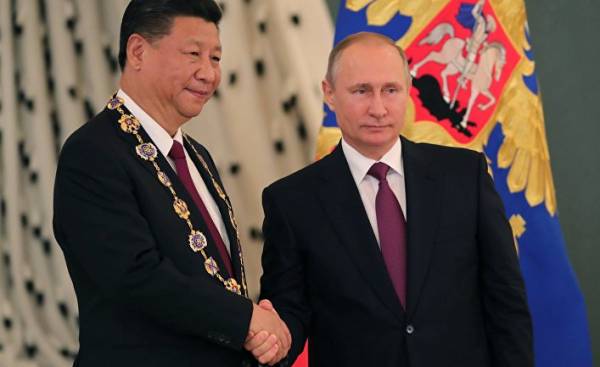 According to the President of the Russian Federation Vladimir Putin visit of President of China XI Jinping is the main event in Russian-Chinese relations. This is not surprising, as meetings with serious political overtones. It is held on the eve of the G20 summit in Hamburg, which is scheduled to bilateral negotiations between Russian President Vladimir Putin and US President Donald trump. Therefore, the meeting between the Russian and Chinese leaders need to demonstrate political unity and common goals of the Russian-Chinese strategic partnership in global politics.

The Russian side expects much from this meeting, especially in the sphere of economic relations between the two countries. On the forum of “One belt, one road” in Beijing, Vladimir Putin has actively supported the project and said that Russia will actively participate in. This meeting will also specify the participation of Russia in this global initiative of President XI Jinping. On the agenda will be primarily existing joint projects, such as high-speed highway Moscow — Kazan gas pipeline “Power of Siberia” and new projects that will contribute to the implementation of the principle of universal gain and universal gain.

At the moment of a major deal between Russia and China are fully applicable to the commodity sector. This transaction is the purchase of a package of SIBUR, Sinopec, and the purchase of Yamal LNG by CNPC and the recent sale of 20% of Verkhnechonskneftegaz (VCNG) Beijing Gas Group, and the entry of Fosun group in the capital, “the pole Gold”. However, Russia’s competitive advantages are not limited only to the mining sector. Cheap Russian raw materials creates global competitive advantage for the processing, by which on the basis of the joint Russian-Chinese companies can create multinational corporations with subsequent IPO on the stock exchanges of Hong Kong, Shanghai or Moscow.

So one of the topics on the agenda will be cooperation between Russia and China in non-raw material projects. The Ministry of economic development of the Russian Federation stated that it had prepared for the meeting of pool of projects in the field of agriculture and energy infrastructure. The Russian side expressed the hope that Russian-Chinese strategic partnership will be broader and more comprehensive and go beyond the commodity sector. Moreover, the modern tax regimes proposed by the Russian Government as well as market opportunities and a policy of import substitution create all preconditions for the release of Chinese industrial companies on the Russian market.

Now, after the growth of the Russian economy and serious inflation was a time when industrial companies can monopolize the growing Russian market and eventually enter the export to China and countries of the European Union. Such niches where there is practically no Russian production lot is medical equipment, medical supplies, pharmaceuticals, automotive manufacture, chemical industry. In all these areas the Russian side has current projects in need of funding. Chinese money is now cheaper than the Russian, and this creates a competitive advantage. However, after a year or two bets in Russia and China catch up, and then the Chinese businesses will become more difficult to enter the Russian market. 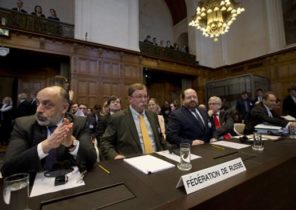 The court in the Hague will not become Russia’s second Nuremberg, did not expect