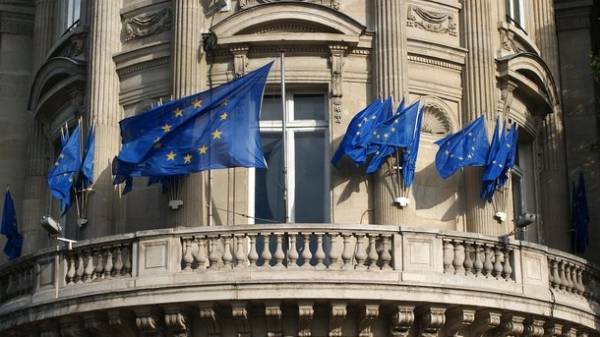 More than four million Ukrainians have already received biometric passports and can travel to EU countries without visas. As before, the majority of Ukrainians (70%) crossed the border with Poland. For travel in the EU is sufficient to have only a single document: a biometric passport. The website “Today” figured out where we go to relax Ukrainians and where to go, not to spend a lot of money.

Where to go the Ukrainians

According to the State statistics service, the number of Ukrainians, who for tourism visit other countries, is growing every year. So, if in 2010-m to year the border was crossed 1.2 million people in 2016 and 2.4 million. In the segment of domestic tourism has seen the opposite trend. If in 2010, statistics showed more than 648 thousand domestic tourists, last year the figure dropped to 453 thousand.

Last summer, according to statistics of the border service, the majority of Ukrainians crossed the border with the EU with the help of vehicles. So, the machines have crossed the border 4,8 million times (75% of the total number of visits in the summer), times 1.5 million Ukrainians have visited the EU by air (24%) and only 20.2 thousand times on the train (only 1% of the total number of visits).

The most popular destination – Poland. Last summer, the Ukrainians have been “away” from the nearest Western neighbor of 2.7 million times in Hungary, 1.1 million times, in Romania – 544 thousand, in Slovakia – 343 thousand times. 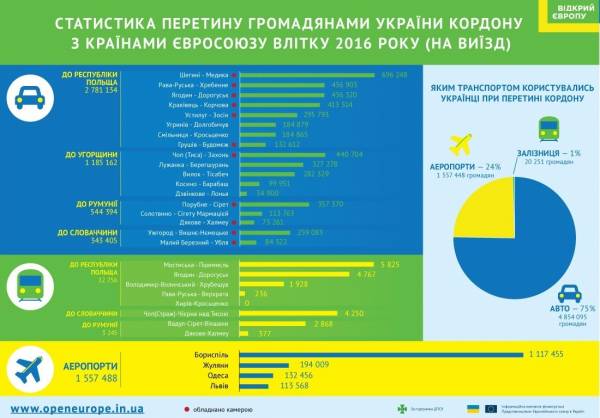 How much will “cheap” foreign vacation:

*the cost of vacation for two people and one week

Cheapest for Ukrainians to EU countries

For travel in the EU is sufficient to have only a single document: a biometric passport. However, a need to have the necessary amount of funds (each country defines for itself the “limit”), the ticket in the opposite direction and booking of the hotel. Hungary set up a symbolic requirement – 3,2 euros for the day for a trip to Poland you need to collect at least 72 of the Euro (but not less than 24 Euro for the day), Slovakia – 56 euros per day Slovenian – 70 euros for adults and 35 euros for children, Bulgaria – 50 euros.

As the Director of the travel network Oleg Kulik, if not cash, the police officer may ask the tourist to come together to the ATM or Bank terminal and check the account. Another option is to call the Bank and check account status over the phone. 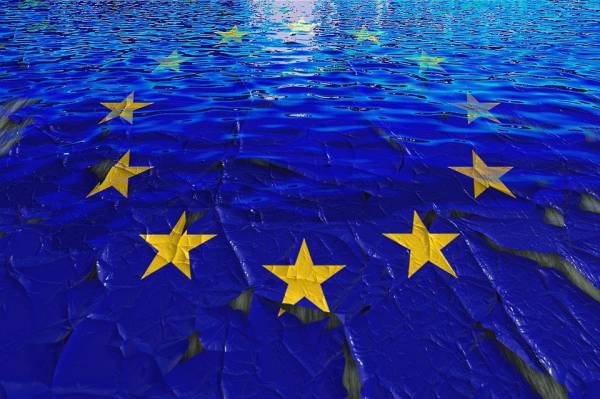 “Actually, it’s not such a big amount. For travel to EU countries is only a few hundred euros. Better to take cash and card. It is not known whether persons at any time to pay with the card. In most of the institutions have the opportunity to pay with a card, but not all”, – said the expert.

The farther a country is, the more money you have to collect for the trip. The train ride from Ukraine to the Czech Republic, Poland, Romania, Hungary, Slovakia. The ticket price depends on the dollar and are constantly changing. For example, in Poland from Lviv takes about 180 hryvnia, and from Kiev – 406 USD.

The flights in some countries may be even cheaper than traveling by train. So, Wizz Air will sell tickets from Kiev to Budapest (Hungary) will cost about 1000 UAH, and the trip to Hungary by train is about two thousand. UIA offers tickets to Prague for 2700 UAH, on the train almost 200 USD more expensive. However, by train there is no such hard rules on baggage, in aircraft. Most often, buying a cheap plane ticket, Ukrainian gets the right to carry hand Luggage only. The suitcase with things you will have to pay an additional 50 euros (at the current rate – 1458 UAH).

A plane ticket is a better buy in advance. If you buy a ticket for six months, the price may be much lower.

By the way, for the first three days of action bezveza the EU entered 26 167 Ukrainians, 910 only 2 of them without visas, but with a biometric passport. To travel with the old sample passports can now, however, it is necessary to have a visa. Like last year, more than 70% cross the border on the machines. Only six people in the EU not allowed, some of them violated the EU laws, others have not issued a biometric passport and tried to cross the border from the “old” passport and without a visa. 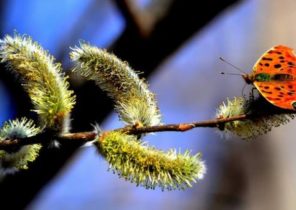 Palm Sunday in 2017: what day is celebrated