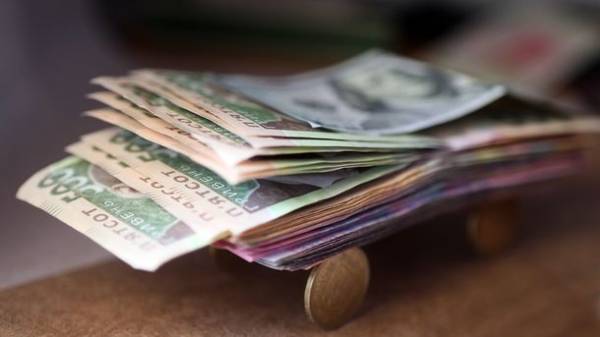 At the end of June, the national Bank published a regular Report on financial stability (he prepares half-yearly). It analyses the risks and threats, the implementation of which could threaten the stability of the financial system. It’s quite extensive and informative document, so we chose out the information most interesting to a wider audience.

Key findings of the Report

Over the past six months, the main risks of the banking sector decreased, and this trend will continue in the second half. Improved risk assessment of capital, profitability and liquidity. At the same time has not changed the foreign currency risk, as the share of Bank assets and liabilities in foreign currency is still high, and credit, because the process of restructuring corporate loans moving slowly. Legal risk has grown because of the illogical decisions of the courts in respect of insolvent banks, and solutions that ignore the rights of creditors to recover collateral.

After the publication of the previous financial stability report the key event was the nationalization of PrivatBank. Realized the risk of default by the shareholders commitments to capitalize the Bank and to restructure the loans to related parties, as discussed in the report. To preserve financial stability, the state has already spent on the replenishment of the Bank’s capital equivalent to almost 5% of GDP.

The macroeconomic environment remained generally favourable for the banking sector, although the cessation of trade with the uncontrolled territories and led to the slowing economy and slow recovery of revenues and profits of several major companies, pushing the normalization of their debt load. Real incomes are recovering thanks to lower inflation and raise the minimum wage. This increases the attractiveness of consumer lending for banks.

After overcoming the problems of the banking sector and the nationalization of PrivatBank focus of the IMF program was shifted to the pension and land reform, privatization and fight against corruption. Is crucially important for Ukraine to continue cooperation with the IMF, or in 2019, when the essential payments on external public debt, there would be considerable risks to macroeconomic and financial stability.

Almost all the money banks are attracted in the domestic market. However, the vast majority of the population and businesses reside for a short period. It can be a source of risk in the future. In addition, short-term liabilities forces banks to hold a significant portion of assets in highly liquid instruments (cash, government bonds, NBU Deposit certificates) to have adequate liquidity cushion against possible shocks.

The portfolio of loans to business entities for a long time virtually unchanged. The main reasons are the high debt load of the business, slow economic recovery and weak protection of creditor rights. They will curb the recovery in corporate lending in the second half. At the same time, the growth in household credit. It is mainly concentrated in the segments of consumer and card loans. Mortgage recovers slowly. The Bank estimates, a key problem is the limited number of creditworthy borrowers and high legal risks. Obviously, you need to change the legislation and judicial practice with the aim of strengthening the protection of creditor rights.

Over the last three years solved a number of systemic problems in the banking sector. Clearing banks is completed, and the main systemic risks in the financial sector today is the high state share in the banking sector and the level of non-performing loans. Over the past year to reform state-owned banks virtually nothing has been done, and a strategic framework approved by the government are not met. Operational efficiency of state banks is extremely low, the quality of credit decisions is questionable, and a clear business model is still not developed.

A high proportion of non-performing loans (57% in April) is the ballast for the banks. Service most of these loans will never be recovered, so they should be written off. It is necessary to amend legislation to eliminate adverse tax consequences for the banks. Banks should actively restructure the loans to bona fide borrowers whose financial status is restored. In the second half of the NBU requires banks to develop a strategy for dealing with non-performing loans and establish a clear time frame for its implementation.

The cost of Ukraine of the banking crisis, % of GDP

The expenditures on overcoming of consequences of crisis

The total losses of the economy

Global economic growth is accelerating. The volume of world trade is growing, risks to financial stability in the world reduced. This will contribute to the growth of external demand for Ukrainian goods and services. The greatest contribution to growth is expected from India and Poland. Demand from Russia will cease to decline.

Geopolitical risks for Ukraine are reduced. The uncertainty of the future foreign policy of the EU decreased. The United States strongly insist on the responsibility of Russia for de-escalation of the conflict in the Donbass.

The conflict in the Donbas is likely to continue to smolder. The position of the international partners will not be worse for Ukraine. At the same time, Russia’s attitude to fuel conflict remains unchanged.

“Naftogaz” has won the first round of the Stockholm arbitration against Gazprom. This eliminates significant potential risks to financial stability from the balance of payments and public Finance.

Ratification of the Association Agreement between Ukraine and the EU at the finish line. For many investors it can be a signal to invest capital in Ukraine with the expectation of access to the EU market.

Ukraine received a visa-free regime with the EU. This is a significant strategic achievement. The benefits will be very significant, but the country will get them gradually.

Prices on global asset markets grow, sometimes show signs of overheating. The revival of global economic growth and reduce policy uncertainty in developed countries has led to an increase in the propensity of global investors ‘ risk appetite. However, investors are selective, investing only in safe and well-reformed countries.

Possible rise in interest ratesassociated with the overheating of markets and economies. For Ukraine, this means the rising cost of external borrowing. This includes both new loans and the existing part (about 12% of public and publicly guaranteed debt), the value of which is tied to LIBOR and other floating rates of interest.

The cost of energy remains relatively stable. The prices of products of mining and metallurgical complex with the beginning of the year decrease, but remain higher than last year. In the first half of the price of the main export products of agriculture remained fairly constant, somewhat recovered after a marked fall in the middle of last year. In General, world prices for grains and oilseeds are at historic low levels. It is expected that spring frosts will have no significant effect on grain yield and receipts from exports.

Remittances of labour migrants from Russia has decreased. They declined both in absolute terms (in 2016 by half compared to 2014) and in relative (share of total volume of 36% in 2014 to 22% last year).

In this section, the NBU first noted the cessation of trade with the uncontrolled territories and the “nationalization” of the Ukrainian insurgents, which led to losses in GDP growth. However, additional risks for the financial sector from the cessation of trade with the tubing are moderate. Are the main medium-term risks to financial stability associated with a substantial deficit on the current account and the significant repayment of external debt in 2019. To eliminate them it is essential to continue cooperation with the IMF and to ensure the return of foreign direct investment and debt capital in external markets.

Need pension reform, which will reduce the Pension Fund deficit and the risks to the budget. The average pension in Ukraine is one of the lowest in Europe, but the Pension Fund’s expenditure in proportion to GDP is among the highest.

The system of subsidies has resulted in undue pressure on the budget and needs improvement. In 2017, the need for financing costs of the public subsidies for ZHKU payment significantly exceeds the budgeted targets.

On the residential real estate market continues to grow offer. However, the demand is limited, and important factors to increase it in the short term, no. This creates excess supply, which accumulates. Lending volumes are too small to stimulate demand and affect prices. The excess of new supply will put pressure on prices and slowing demand may lead to the delay of input of objects in operation.

In mid-may in Kiev apartments sold in 265 buildings, compared with 230 in November 2016. In many regions the supply of new housing has also increased considerably. Last year the country was issued 1514 permits the construction of blocks of flats, which is 38% higher than in 2015. The bulk of housing built under these permissions should be operational in 2017-2018.

Macroeconomic preconditions for significant growth of demand for housing yet. The volume of mortgage lending increased in 2016, but they are relatively small (less than 1 billion UAH.) and have almost no effect on demand. Banks do not expect that the situation will improve significantly in the course of 2017.

Supply exceeds demand, prices drop in dollar terms continues. Average price per square meter in the primary market of Kiev in dollar terms in April fell 5% yoy, on secondary – on 9%. Prices in the primary market of Lviv decreased by 7%, Odessa – 10%. At the same time in Kiev the average cost of rent for the period increased by 3%, so the ratio of housing prices and rents are decreased and reached pre-crisis levels.

In 2016, real disposable income rose for the first time in three years (by 0.3%). However, the growth rate is low, much lower than after the crisis of 2008-2009. Nominal spending for the fourth consecutive year grew faster than revenues. Therefore, financial savings of households declined for the first time in many years. While income inequality has increased: the poor are forced to engage additional resources to maintain consumption at the usual level, and in the hands of the rich concentrated the bulk of deposits in banks. The increase in nominal incomes allow the population to pay debts, especially Bank loans. Debt ratios are low, which creates good preconditions for the restoration of household credit.

In the structure of incomes of the population have been significant changes. Last year the share of wages increased to 41.8% and 1 percentage point exceeded the pre-crisis level. The weight of social benefits has decreased. This trend has moved to 2017: in the first quarter compared with the corresponding period of the previous year nominal wages increased by 36.8%, real – by 20.1%. The high share of salaries in income structure of the population leads to the fact that reducing the pressure on public finances, rising incentives to work, increasing the potential of households as depositors and recipients of loans and other financial services. However, the share of wages in GDP in 2016 was much lower than in the pre-crisis period is 36.8 percent, compared to 50% in 2013.

The financial condition of households has deteriorated. Last year, the nominal current expenditure increased by 17.3%, down 1.9 p. p. higher than the growth rate of income. Costs are rising faster than income starting in 2013. The annual growth of financial savings of households in the past year for the first time in many years was negative – “minus” UAH 9.3 billion. As a result, households actively “betray” the previously accumulated financial resources. For example, net sales of foreign currency by the population in 2016 has increased in 2.1 times up to the equivalent of 63.2 billion UAH.

The debt burden on households has declined , the population gradually repays the debt, 92% of which is Bank loans. The ratio of debt to disposable income of households in the past year decreased by 3 percentage points to 11%. This figure is already quite low, so 88% of banks expect growth of consumer loans. 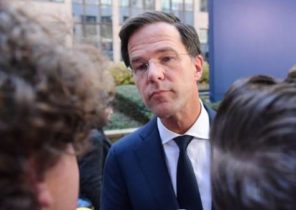