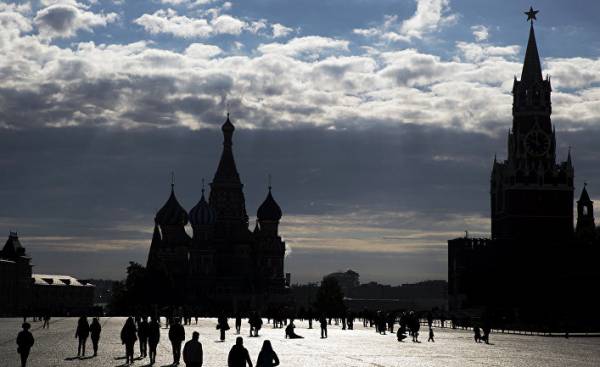 Vladimir Putin, apparently, is convinced that the US plans to overthrow him, so he builds a giant underground complexes that can accommodate up to 10 thousand people.

It is stated in the report prepared by experts of the Pentagon.

According to the publication Times, these nuclear silos are located at depths of 300 metres under Moscow, and Russian authorities are preparing in case of a nuclear Armageddon.

“Deep underground complex under the Kremlin and a huge underground bunker for leadership, adjacent to Moscow state University to national command in time of war,” the report says.

“Highly efficient life support system can allow the independent operations for many months after a nuclear attack.”

This report, which became the first such report about the possibilities of Russia since the end of the cold war, was prepared by the experts of the Intelligence Department of the Ministry of defense.

According to experts, “the Kremlin is convinced that the U.S. is preparing for regime change in Russia.”

It is believed that the Putin bunkers connected by a network of bunkers near Moscow, and VIP-terminal airport “Vnukovo”.

This report, compiled before the election, Donald trump said that, according to Putin, the US wants to overthrow him as part of its campaign to promote democracy around the world.

In the past year Russia has conducted exercises for civil defense, in which simulated a scenario of evacuation in a nuclear strike.

Many expect that Trump will be able to establish relations with Putin because during his election campaign he has repeatedly stated his desire to do so.

However, these hopes collapsed due to the scandal surrounding alleged links assistants trump with the Kremlin.

Tensions between the countries grew even more when the interests of Washington and Moscow faced in Syria.

The theme of the third world war re-emerged after the U.S. promised to retaliate against Bashar al-Assad — a close ally of Putin.

This week the leadership of the Russian defense Ministry made fun of the new British aircraft carrier “Queen Elizabeth”, calling it “the easy target”.