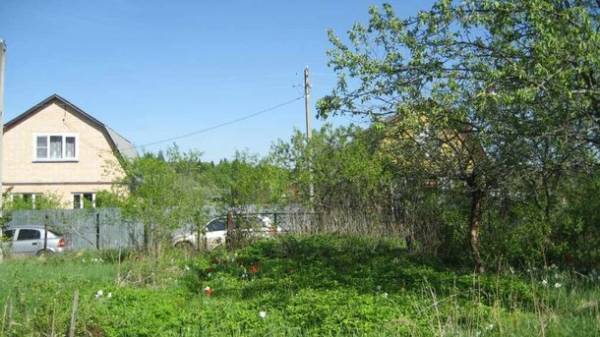 Translate the category living become easier. The government abolished a number of unnecessary requirements in the design documents. According to the head of Ministry of regional development Gennady Zubko, the new edition of requirements to the report on inspection of the house, which is required for renewal, will lead to the reduction of corruption risks, writes UBR.

So, in mid-June, the Cabinet adopted a decree amending the Annex 2 to the Order of transfer cottages and houses, relevant state building codes, residential building (No. 420 dated 14 June 2017). This application and approved a new form of report. The renewal garden or country homes in residential established by the decree of Cabinet of Ministers No. 321, dated April 29, 2015.

Lawyer AK “Prime” K. A. C. Group Karina Shtepa notes that the translation is provided free of charge by local authorities of village, settlement, citywith which the relevant country settlements and horticultural society affiliated either administratively or geographically.

The procedure is quite simple. To transfer cottage or garden house to a house owner or authorized entity submits to the Executive body of village (town, city) Council, the head of the village a statement in the prescribed form.

“It is necessary to enclose a copy of the document on the right of ownership of the cottage or garden house, duly certified, as well as the written consent of co-owners to the transfer of such a house in a residential” – said Karina..

A key document in this process – a report on the technical inspection of cottage or garden house, with a conclusion on its compliance with the state building code in the prescribed form, which was modified by the decree of Cabinet of Ministers on 14 June 2017. This report is qualified performers – experts in the inspection of the house.

As explained by associate Eterna Law Anton Rekun, if garden or country house meets the state building standards (GOS) in respect of residential buildings (building height of not less than 2.5 meters, the lack of destructive deformations, the presence of a working heating system etc.), and this is reflected in the report, the owner can proceed to the next stage of registration. But if the house does not meet such standards, the expert can give recommendations on elimination of identified deficiencies.

“In practice, the procedure for the transfer of country houses in residential or General adoption of the operation of cottages and houses, corruption was an integral part of this process,” said Shtepa.

According to lawyers, even when applying a full package of documents, not backed an additional fee to the official at the exit, the applicant received unreasoned refusal. It can be appealed in court. But often it was meaningless because of the high legal costs. Some prompted by “advisers” from GASK altered technical report the experts from the pocket of the commercial structure, where the cost of services different from the market several times. For example, there have been several cases where the “additional cost” was to be from 4 thousand to 20 thousand dollars depending on the kind of object.

After the Executive Committee of the local Council will approve the decision on the transfer of real property to another status, the owner must contact the state Registrar or notary to make appropriate changes in the state register of real rights to immovable property.

A new report form has been simplified compared to the previous version. Instead of detailed examination, measurements of some elements of the building (such as ceiling, floors, partitions, stairs, Windows, etc.) you only need to specify the type of these elements.

As explained by a senior lawyer law firm “asters” Roman Drobitsky, the changes primarily relate to the level of detail of the description of the materials from which the house is built, and, secondly, to exclude from a report specifying the house according to the common classification of residential buildings depending on the quality of available housing and engineering equipment.

“There are six classes of residential buildings (what materials, how many years can stand construction, etc.). But the garden houses are often built by citizens in an economic way (i.e. their own and without the project) and from scrap materials. Therefore, in most cases such buildings cannot be attributed to any of the six types. Because one wall of the house might be made of brick, and the second from cinder block, etc”, – said Grobicki.

Here and manifest corruption in the preparation of the report. The second criterion – compliance with the height of buildings to the requirements of state construction norms (DBN). But the building regulations of residential houses contain a lot of additional requirements (lighting, etc.). “Now there was a clarification – it is sufficient that the ceiling height was not less than 2.5 meters. All”, – told in “asters”.

The third criterion remained unchanged. This lack of deformation structures at home, which can lead to the destruction of the buildings. Simply put, a certificate of reliability of the building.

The fourth criterion – the presence of heat (which allows you to live in the house year round). There was a tightening of the rules. If earlier it was enough to demonstrate the presence of the heating system, has now added the word “current”.

“This means that when testing may be asked to turn on the heating systemto ensure that it works,” – said Grobicki.

The fifth criterion is the implementation of fire protection requirements. This applies to fire-breaks and the presence of a lightning rod. Now the presence of a lightning rod is not necessarily, but there were only requirements for fire breaks (to during a fire to get fire fighting equipment, and the flame is not transferred to neighboring buildings).

The result was removed a number of requirements that do not affect the quality of the house. Now the main thing – reliability of the design, not the materials used to construct home made.

It would seem that the procedure has become quite simple and transparent. The only potential corruption risk in it remains the necessity of appeal to the Executive Committee of the relevant local Council, as the deadline for the application for renewal is not installed.

The order defines the exclusive list of grounds for refusal of re-registration:

In addition to corruption for the interest of heads of local Executive committees, Drobetsky notes another reason for the refusal. The fact that suburban tracts are often located in the territory of the villages around large cities. In a rural community for a long time people know each other and accustomed to the local authorities. And the emergence of new “residents” may change the established balance. When the village will be prescribed the new residents, they will go to vote and to require the head of the village Council roads (e.g., to their dachas) and development of other infrastructure. Because the village Council can resist.

However, according to lawyers, while there were massive failures. Perhaps because the “new” houses that are additional revenues to local budgets the property tax.

“People often did not enter the house in operation, to avoid paying taxes. And the more houses in the settlement, the more taxes. And the land value will rise, because you can buy unfinished or cottage and commissioning of a dwelling house. Therefore, in this context, local authorities are interested in increasing tax revenues,” – said Grobicki.