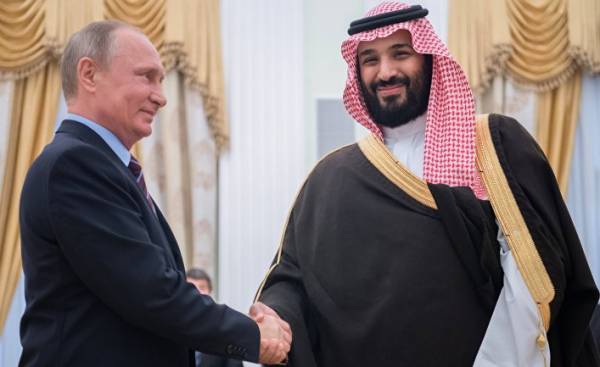 After more than 800 days of operation Storm determination, headed by the Kingdom of Saudi Arabia (KSA), for the return of President Hadi, Riyadh may not solve the Yemen crisis, both politically and militarily due to the collision of interests of some members of the coalition in this campaign and repeated military setbacks on some fronts. Moreover, Russia is putting pressure on the KSA with the requirement not to open a new front in the province of Hodeidah from the inevitability of catastrophe in the sphere of security and economic and humanitarian disasters.

The argument of Russia in support of their forceful opposition to the coalition to open a new front in al Hudaydah is that in this case, the city will join the provinces under the control of the Houthis. The Arab coalition says it will release the IBB, like other southern provinces, which was captured by the separatists, representing the interests of UAE and Iran. The argument of Russia to be strong and logical. The point is that the Yemeni coast in the North, East and South will be influenced by the supporters of the Caliphate, in General, threatens regional shipping, and in particular the interests of Western countries in the region, so Russia and other regional States are unable to risk, except the United States, the President of which for the first time in history became a puppet in the hands of Riyadh.

KSA was able to take control of America’s decision for the first time since its inception July 4, 1776 because of the passion trump money of the Gulf and carelessness in the fight against terrorism and solving crises in the Middle East. Therefore, America is not considered an obstacle or threat to the expansion of the influence of KSA in the Arab region and the violation of its security and stability. However, fear of Russia, which began to expand diplomatic and military influence in the Middle East and to influence some heads of state, has pushed Riyadh to affect the financial interests of Russia in the region, hoping to achieve the consent of Russia and her silence to KSA engulfed the region.

Riyadh began to operate at the highest level, in this context, an appointment of Mohammed bin Salman in the beginning of July this year in Moscow, but it seems that Riyadh has faced incorruptible party.

After the visit of Mohammed bin Salman media in Riyadh said that Moscow reached an understanding on the events in Syria, Iran and Yemen, and this statement, at least currently, does not seem logical.

Russia appeared in the arena after failing the CSA give her the financial and economic pressures in the implementation of your solution to the Syrian crisis. In connection with this Russia step by step refuses to Riyadh in its attempts to aggravate the economic and humanitarian crisis in Yemen.

If this understanding was reached, Riyadh has moved to the Yemeni capital, Sana’a, with the whole military power through the port of Hodeidah. His position against Iran would be strengthened, and trump would have given the order to attack Syria. It seems that this statement is part of psychological warfare.

To persuade Russia to take a decision about the storming of al-Hudaydah, a meeting was held with Yemeni President Abd-rabbu Mansour Hadi and Russian Ambassador to Yemen Vladimir Dedushkin in Riyadh. According to the source, who was present at the meeting, the Russian Ambassador informed Hadi that Russia cannot allow the humanitarian crisis in Hodeida, and the President should contribute to the peace process in Yemen.

The answer of the President of Yemen to the Grandfather’s statement that the peace process is based on the surrender of the troops Houthis and former President Ali Abdullah Saleh, in accordance with the requirements of resolution 2216 and initiatives of the GCC, as well as on the results of the inter-Yemeni dialogue is a condition that we cannot solve the Yemeni crisis, military or political way. Past attempts Ambassador to the United Nations in Yemen show that a political settlement in Yemen cannot take place without international pressure on the Yemeni government to ensure that it has made concessions and especially the fact that the transition President Hadi ended in 2014, in accordance with the agreements that were signed by the parties to the Yemeni conflict in 2012. 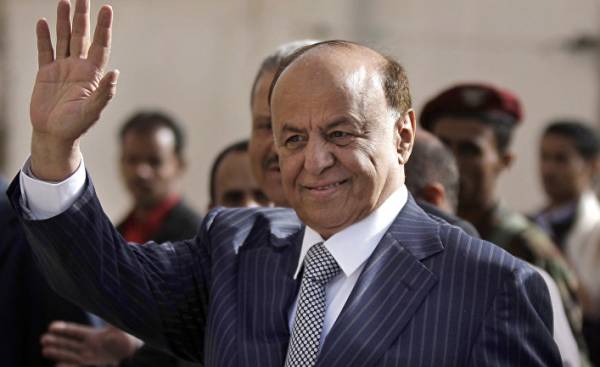 Why is Russia against the assault on the port of Hodeidah?

Before analyzing the details, it should be noted that Riyadh has a strategic goal in the sphere of security for the assault on the port of Hodeidah and is experiencing more enthusiasm than the forces of the UAE. And those and others claim to Yemeni Islands in the Red sea, Bab-El-Mandeb and the Arabian sea with a long-term strategic goal. However, the CSA seeks to dominate the Hodeidah else for several reasons.

The first reason. Hodeidah port receives 70% of the country’s imports of food, medicine and fuel, also revenues from the Maritime customs used by the Houthis to Finance their military operations against the government troops and the Arab coalition. The control port will block access to the most important economic resource of the Houthis. It will also block oxygen to the Yemenis, therefore, possible rebellion against the Houthis with the requirements of the salaries and sustenance. It can make the majority of Yemenis who are unable to feed themselves and their families to join terrorist groups, who use them to their advantage, and in the future will form the military groups in the country.

The port of Hodeidah city and Hodeidah in General, very close to the Saudi region of Jazan, where the Yemeni and Saudi tribes closely zatrudnyat.

The second reason. KSA is afraid that control over the port will facilitate the distribution segascope and Shiite beliefs, and it threatens the security of the KSA in the future, so the CSA wants to establish control over the port to stop unwanted religious intrusions into the territory of the country, so that there was no loophole for the spread of religious movements hostile to the Wahhabi ideology.

The third reason. KSA wants them also helped in the control of international shipping lanes and is thinking about competition UAE and KSA in the construction of the Navy. The Kingdom wants to be a country that controls the fate of international navigation in the long term.

According to a source who is not allowed to speak with the press, but was present at the meeting with Hadi, the Ambassador of the Russian Federation also urged Hadi to need to be based on practical and urgent steps in order to reverse the economic, humanitarian and catastrophic situation facing Yemen, and quick return to the negotiating table. And this is a sincere appeal to the Yemeni government to announce his departure from the rigid requirements of a full surrender of the Houthis and former President.

This is not the position of Russia, on the contrary she continues to speak out against the assault of Hodeida and its strategically important port. Russia has already stated its position before the Arab coalition, it seems that for Russia, the choice of the Arab coalition is seen as illegal, and this is the trump card of Iran. This may be the reason for the invasion of Russia in Yemen or, at least, will push Iran to expand its influence in the region.

It seems that the visit of Mohammad bin Salman in Moscow and exchanged views with Russian President Vladimir Putin on Syria and the situation in Yemen was the need of the Federation and its ally Iran to play its trump card, to put pressure on the allies of Syria and the GCC countries and emerge from the crisis with absolute military and political victory. Russia and Iran took a significant step to expand its influence and strengthen the role of the Arab world. Moscow and Tehran are thinking about intervention in the Yemeni crisis to relieve pressure from participants, supported by the Gulf States in Syria. Russia will push Iran in the direction of Yemen and force him to make the first alternative option in the fight against terrorism after trump became a puppet in the hands of the Saudis when he is in danger of losing power due internal problems. Consequently, Russia has the opportunity to establish hegemony in the Middle East, but it’s impossible without taking into account the interests of Iran, which is clearly aware of its impact currently using the rashness and weaknesses of the KSA.

The position of the UAE on the actions of the Saudis

The UAE will benefit from the crisis or due to losses in Yemen, or by losses due to hasty action in the region. After the failure in Taiz UAE already operates detours.

First, UAE does not want the KSA has become a leading force and hegemony in the region and contribute to the promotion of the agent of influence in the Kingdom, Mohammed bin Salman. They encourage him to seize power and create a lobby in the US administration, paving the road to the crown Prince to the throne of KSA to easily influence the decisions of the Kingdom.

The UAE continues to support jihadist groups loyal to Hadi and Saudi Arabia and help them to establish control over the province in order not to allow Riyadh to implement your scenario in Yemen at their expense.

Second, given that Abu Dhabi fears the rule of “Muslim Brothers” over the strategically important provinces of Yemen, and loyal troops who fight with President Hadi in Taiz 85% consist of members of the group “Muslim brotherhood”, the UAE will not be satisfied with past successes.

Thirdly, the continuation of the war in Yemen allows the UAE to implement its agenda through the construction of military bases and control over the Yemeni Islands. And the domination of Riyadh on al Hudaydah contrary to the plans of Abu Dhabi, so the UAE will hold the shadow policy supporting Russia in the effort to prevent Riyadh to move to the port of Hodeidah. Position will be given particular attention before completing the CSA control over the strategically important port of Mach.

From the actions of the KSA, the UAE and Russia, it became clear that IBB can become a point of convergence or the implementation of the scenarios in the case of assault the port. If the first attack KSA — the result will be the opposite. Perhaps it is the Yemeni point of view. You may change the international position due to the fact that the country will witness economic and humanitarian disaster. It is possible that Russia and Iran would intervene in a crisis, at least for the destabilization of the region through the Shia in KSA, Bahrain and Iran. Perhaps it will be a tool of Moscow in revenge Riyadh who tried to hurt the Russian economy, and previously contributed to the collapse of the Soviet Union.