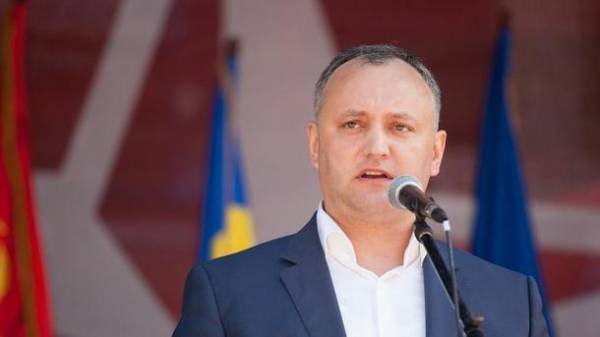 The President of Moldova Igor Dodon told the journalists that he supports reform of the government and ready to accept the resignation of the current Cabinet of Ministers headed by the Prime Minister Pavel Filip.

“Reform of government is needed, officials have too many. Even better would be to reform the government and the Cabinet of Ministers”, – he noted, answering questions of journalists on the relation to reform of the government, which initiated the ruling coalition.

“If the current Prime Minister Pavel Filip resigned, I would not nominate a candidate for the post of Prime Minister. This would be the shortest way to early parliamentary elections”, – said the President of Moldova.