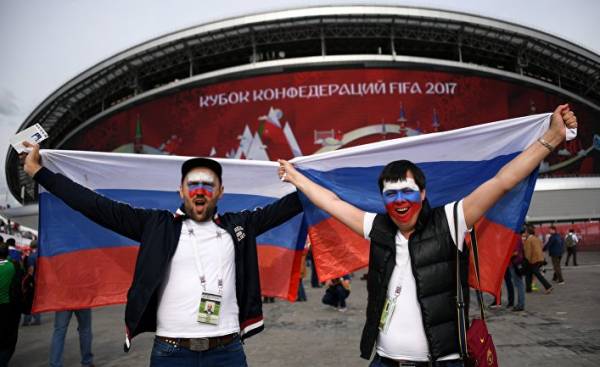 Of course, Kazan-arena will Shine this time. This Wednesday the eyes of the football world will turn again to capital of Tatarstan and its exemplary stadium when Portugal in the semi-finals of the Confederations Cup will meet Chile. Then again a lot of attention is paid to the peculiarities of this structure, curved roof structure and the large luminous façade, the area of which is, according to official figures, exactly 3622 square feet. Much less attention is paid to the Park North of the stadium, just on the other side of a six-lane Avenue Yamasheva where you supposed to Park approximately one thousand machines. However, she deserves a more careful look.

In eleven Russian cities next year will host the world Cup, and if someone will listen to what they say, then make sure that it is not only such important topics as the huge costs, the estimated enrichment or unworthy treatment of the workers. He is on many small examples to see what happens with the interests and rights of citizens, when will world Cup. In Kazan it concerns about the place North of the stadium, where not so long ago there was no Parking, and many of the trees.

Iskander of Jasaveev sits a couple of kilometres from the arena in a small café next to the street Bauman. This is the Central pedestrian area of Kazan, where it is clear that there is during FIFA world Cup will be created a kind of fan-zone. Jasaveev sociologist and takes an active part in the work of one group of environmentalists and human rights that oppose a new plant for the incineration of garbage or against the increasing pollution of the Volga. The Park, which recently still was a small forest, is for him “an example of how irresponsible those in power treat citizens,” he says. “There have been many events of questionable kind.”

The stadium for four years, it was built for the Universiade 2013. However, even in the fall came the heavy machinery. Framed by large streets and the river Kazanka there, to the North of the stadium, for decades there was a rather large forest. And suddenly a few hectares of forest were cut down. There was no competition, no clear information for residents.

The argument of the responsible persons of the city and the stadium was simple: according to the requirements of FIFA and for security reasons needed was another area for Parking. In addition, they say, this part of the woods and so not enough visited. Activists for environmental protection, by contrast, indicate what the ecological importance of the forest need to protect its wildlife and plants, as well as the fact that it is also a place of rest and living close to the citizens. In Kazan too little greenery. And furthermore cruised rumors that this Parking will be only the first step of those in power and soon will be destroyed and the rest of the forest to provide space for construction of expensive homes right on the shore of Kazanka river.

Before the first game the Parking lot was almost empty

Such stories often happen during the construction of major facilities. But it’s not just about meaningful conflict, and the attitude of those in power to activists. When work began, the protesters tried to resist and stopped their car road. But long it could not last, first. this group was too small, and secondly, soon came the police. 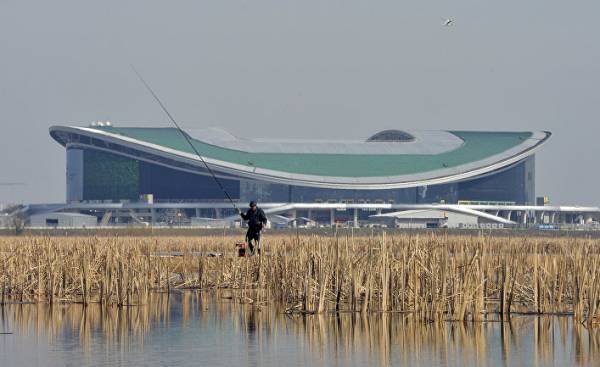 However, the activists saw an opportunity for a new protest. At the end of November in Kazan was held the draw for the Confederations Cup, even the head of FIFA, Gianni Infantino (Jianni Infantino) arrived. Protests of individuals in Russia is possible even without applications. And here are seven of the activists agreed that every time one of them has to stand with a large poster near the site of the draw. They even pointed it out in social networks, which was perhaps a mistake. On the day of the draw six of the seven activists came to the place where the event took place, and police station. They were detained by the police — sometimes with ridiculous arguments. They had to stay there for three hours, just as much as the law allows, then let them go. But the ceremony has already taken place.

FIFA does not consider himself more responsible

Even in the court of Jasaveev and his associates still tried to prove that the logging had no documents, that the construction of the stadium has changed everything so much that the forest was almost closed. But there they had no chance.

Thus, this story showed how do the city authorities, when you have a major football tournament. The governments of Kazan and Tatarstan believe that everything was done correctly. FIFA has written to the activists that met with their doubts about the project and gave all the politicians. And that she no longer considers himself responsible.

Shortly before the Confederations Cup, the Park was ready. And the most interesting activists saw in the first game of Mexico and Portugal: because of heightened security measures, many of the roads near the stadium were blocked, cars in the Parking lot.