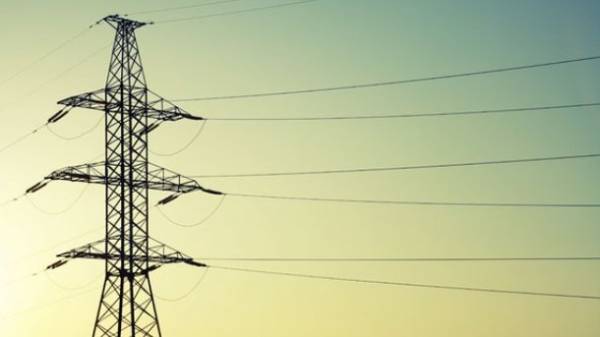 In early June, the Ministry of energy managers at the session of profile Committee BP presented the draft updated Energy strategy of Ukraine until 2035. Minister Igor Nasaliki declared that “Ukraine’s Energy strategy until 2035: security, efficiency, competitiveness” defines strategic guidelines for development of fuel and energy complex of the country.”

The current Strategy was adopted in 2013 and no longer meet current realities. So the new document does not become outdated as fast it is supposed to update it every three years by results of the analysis for compliance to current circumstances, conditions and technologies and taking into account the results of implementation of action plans to be developed by the Cabinet for 3-5 years. Therefore, in the document now described in detail only the goals and objectives of the first phase, for later this work needs to be carried out later.

It is believed that the result of the implementation of the Energy strategy should be the transformation of the fuel and energy complex of problematic, requiring constant state support, in the modern competitive and efficient industry – the locomotive of modernization of the economy, capable of sustainable development in the long term.

After consideration by the Verkhovna Rada Committee, the Strategy should be approved by the Cabinet. The government would adopt a plan of action for the first phase of its implementation. Targets and indicators the Strategy should be detailed and reflected in the relevant development programmes of sub-sectors. Implementation of the strategy will require the development of new and adjustment of existing laws and regulations, a number of sectoral regulations governing activities in the energy sector.

The Strategy notes that in the world today, changes in approaches to formation of energy policy States: transition from a legacy model of the energy sector, which was dominated by large producers, fossil fuels, inefficient network, imperfect competition in the markets – to a new model, which creates a more competitive environment, aligned development opportunities and minimizes the dominance of one of the types of energy production or fuels. At the same time, preference is given to energy efficiency and use of renewable energy (RES) and alternative sources. Implementation of measures for prevention and adaptation to climate change is also one of the priorities of global energy development.

It is incumbent on all countries, including Ukraine, economic and technological challenges, but also opens new opportunities for the search and implementation of innovative developments in the field of extraction and refining of fossil fuels, production, delivery and consumption of energy. In General, this leads to the need in the formation of the new energy policy of States.

A key indicator that is analyzed and projected in the Strategy is the total primary energy supply (TPES), which is calculated as the sum of production (production), imports, exports and stock changes of energy in the country. It is noted that with the gradual economic recovery in Ukraine in the near term, we expect a slight increase of TPES. But by 2020 the country needs to address the ambitious goal is to achieve a constant level of TPES with a steady GDP growth. In other words, it is necessary to reduce the specific energy consumption: the implementation of the Strategy is expected to achieve energy intensity reduction of GDP by more than two times up to 2035 this requires updating legislation, structural changes in the economy, new solutions, and all this requires a lot of money, i.e. investment.

To estimate costs is impossible, so the Strategy States only that needs to be done to improve the investment climate. It is emphasized that the share of direct investments from the state budget of Ukraine in the development of energy infrastructure should not exceed 5-10%, and direct investment from one country should not reach a critical level (its value is not specified), which leads to the need for investment diversification.

It is noted that in 2015 the rate of import dependence of energy sector, given the supply of nuclear fuel, at 51.6%, which represents a risk to national security. The question of reduction of dependence on imports is one of the key priorities of the Strategy. It is projected that the share of imported components in TPES will fall to 50% by 2020 and to 33% in 2025-2035 gg. this can Happen due to the development of renewable energy sources, to increase its own gas production, energy saving and energy efficiency.

The implementation of the Strategy to be carried out in three stages.

The main emphasis will be made on the implementation of reforms and formation of competitive and attractive investment environment.

Provides for the completion of the implementation of the Third energy package, which will allow to create a full-fledged markets natural gas and electricity in accordance with the energy legislation of the EU. It is planned to complete the institutional integration of Ukraine into the European gas transportation system, and to implement most of the measures for the integration of power systems of Ukraine and the EU.

Promised reform of the energy companies in compliance with the obligations of Ukraine in the framework of the Treaty establishing the Energy community, increase gas production, reduce the energy intensity of GDP and the further development of renewable energy sources, bringing its share in the final consumption to 11% (8% of TPES).

Is an established market of coal products. Coal industry restructuring will be accompanied by a package of measures to mitigate social and environmental impacts of conservation or liquidation of unprofitable state-owned mines (these activities will continue until 2025).

It is projected that by 2025, Ukraine will have excess generating capacity, and then are faced with the need to update them. Given the possibility of reconstruction of thermal power plants and extending the use of nuclear power, these types of generation in the near term will remain quite effective. For demand up to 2025 would be sufficient to extend the lifetime of nuclear power plants 6 GW and 9 GW of thermal power plants. At the same time, in addition to satisfying demand in the short and medium term, the strategic objective for the next 10 years is to prepare the energy system of Ukraine to a major renovation of their facilities after 2025.

Affect the issue of prospects of use of Ukrainian underground gas storage (UGS) in Europe. The policymakers here are set up quite skeptical. They note that the use of infrastructure UGS now has a number of limitations related to the fact that storing the gas becomes less profitable. This is due to:

– reduction of seasonal fluctuations in the cost of natural gas because of lower demand and increasing the capacity of pipelines;

– current technological modes of operation of the domestic UGS;

In recent years Ukraine used no more than 60% of the total storage capacities for their own needs. The current capacity available for seasonal gas storage by other companies, including foreign ones, are 8-15 billion cubic meters.

The energy intensity of GDP*

*Measured in tonnes of oil equivalent per $1000 GDP

2. Optimization and innovation development of energy infrastructure (to 2025)

It is believed that this stage will be oriented to work in the new market environment and the actual integration of the energy systems of Ukraine and Europe, which will significantly affect the rationale for the selection of objects for renovation and new construction in the energy sector and energy efficiency.

The objectives of this stage are the introduction of mechanisms to attract investments for the implementation of the programme of replacement facilities which must be decommissioned; improving corporate governance of business entities and their ability to use available tools of internal and external capital markets and resources of the energy market of Ukraine.

Among other things, the expected improvement of accounting systems and attract consumers to manage their own demand for energy resources. In the gas sector are expected to cover domestic needs with its own resources by increasing production and optimizing operation of hydraulic structures in accordance with the expected scenarios of loading.

The structure of TPES in Ukraine

In the field of energy efficiency and environmental protection requires the establishment of standards for the construction of a “passive house”, the achievement of targets for the reduction of emissions of oxides of carbon and nitrogen and dust, the introduction in Ukraine of the system of emissions trading of greenhouse gases.

In front of the gas sector has the following objectives: increase in national production, particularly unconventional gas, and offshore operations; adaptation of the capacity of the CTA in the development of the European natural gas market. Coal sector this period should achieve a competitive and transparent operating conditions. Renewable energy will develop the most dynamic growth rates compared to other types of generation, which will increase their share in the structure of TPES to 25%.

As for nuclear energy, the Strategy it is considered as one of the most cost-effective low-carbon energy sources. It is expected that the share of NPPs in total electricity production will grow. 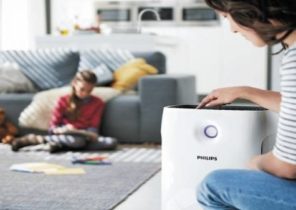