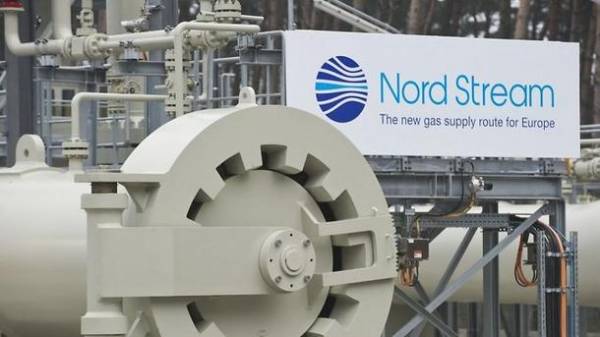 Member countries of the EU supported the proposal to provide the European Commission (EC) to start negotiations on the construction of Russian gas pipeline “Nord stream-2”. About it reports “Economic truth” with reference to EUobserver.

“The mandate was given, and it was a private meeting,” said European Commission representative Anna-Kaisa Itkonen.

The EU legislation obliges the Russian state company “Gazprom” open monopoly “Nord stream-2” competitors of the EU. This requirement has led to the disappearance of the previous Russian project of gas pipeline South stream under the Black sea to Bulgaria.

She noted that the negotiations between the EC and Russia will be conducted in such a way to provide “legal certainty” on the pipeline, and they will not be “something exciting or unusual,” as EU officials have already conducted similar negotiations with “third countries” on other projects.

The energy Minister of Denmark Lars Christian Lilleholt, who was one of 13 Ministers who supported the proposal, said: “I am very pleased. It was the best that could come out of this meeting.”

We will remind, in the beginning of September 2015, the Russian “Gazprom” and Shell, OMV, E. On. signed a shareholders ‘ agreement the joint project company, which will deal with the construction of the gas pipeline “Nord stream-2”.

The project “Northern stream-2” involves the construction of two pipelines with a total capacity of 55 billion cubic meters of gas off the coast of Russia through the Baltic sea to Germany. The pipeline is planned to be build next to the “Nord stream”.