The DPRK government denies torture of 22-year-old Otto Warmbier, incarcerated in a North Korean prison and died shortly after returning to the U.S., the TV channel “112 Ukraine” with reference to the BBC.

In particular, Pyongyang claims that he was treated “in accordance with international rules”, and considered unfounded the complaint of the parents of the student on the horrible treatment of their son.

As the newspaper notes, this is the first official reaction of the DPRK to the death of Otto Warmbier.

We will remind, last year a North Korean court sentenced Warmbir, arrived in the DPRK on the new year holidays, to 15 years in prison for attempting to steal a propaganda poster from the hotel. After 15 months in jail – 13 June – American student into a coma has returned home.

As stated by the North Korean authorities, they freed the prisoner “from humanitarian reasons”. Warmer by this time presumably for a long time was in a coma. He died at his home in Cincinnati, Ohio, June 19.

Warmbir family refused autopsy. According to the coroner, was conducted only an external examination of the body. The statement said that “at the moment there have been no conclusions about the cause of death of Otto Warmbier”.

North Korea claims that Warmbir contracted botulism, a rare illness that causes paralysis soon after the trials in March 2016. He was given sleeping pills, and since then he never left the coma.

However, the team of doctors who had treated Otto in Cincinnati, said that the young man showed no signs of botulism.

In their opinion he suffered from “severe neurological injury” of unknown origin. This injury led to extensive loss of brain tissue. Warmbir could open his eyes, but on what does not react.

After the death of Otto Warmbier US President Donald trump said that the North Korean regime is extremely cruel. 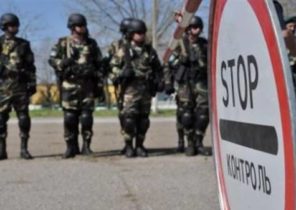