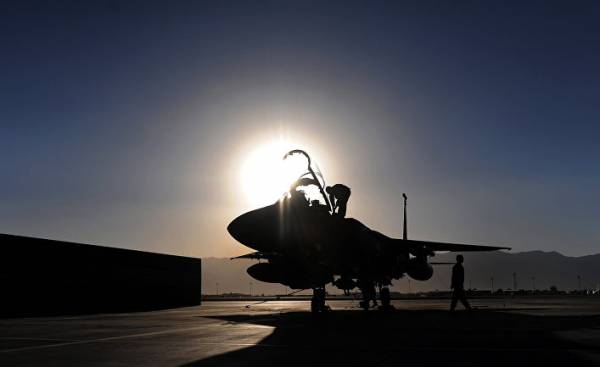 Washington meets Moscow in the opinion that priority in the Syrian war is to defeat the “Islamic state” (banned in Russia — approx. ed.). That’s good. But they do not converge in the other.

This is a fundamental issue. In a sense, a banal fact that the Americans shot down the plane the army of the Syrian government — has led to a serious dispute with Moscow, as well as to the fact that Australia withdraws from the operation against the “Islamic state” their six aircraft.

At first glance, an ordinary story of the downed aircraft can have serious consequences. When on 28 February 1994, the Americans shot down Serbian planes over Bosnia, it was the first military action of NATO for all 45 years of its existence. But then, first, was given a mandate for a no-fly region in Bosnia, and secondly, a weakened Russia had not intervened in the fighting in the Balkans. Syria is another matter. There was not declared a no-fly zone, approved and the mandate for them. Russia takes an active military involvement in the Syrian events and claims in this case on the legitimacy, Recalling the invitation of the Syrian government.

After the incident with the downed Syrian plane about simple solutions, however. And if the confrontation and the consequent caution in the strikes and is able to help someone, it is only the “Islamic state”. So America will have something to “swallow”. How far or was this the situation from the Second world war, one thing in common can be found. In 40 years the West could defeat Hitler, he had to cooperate with the Stalinist Moscow and thus something to “swallow”. For example, the truth about Katyn (if the poles in exile know the truth about what their officers killed by the Soviets, the coalition against Hitler, quite possibly, would be shaken) or extradite fleeing from the red army of Cossacks to Soviet Union, without which the defeat of Hitler would have been impossible.

Now in the Levant raises a similar question. Is it possible to defeat the “Islamic state” and to somehow preserve the Syrian state, without entering into negotiations with the Syrian government? Last fall during the election campaign, Hillary Clinton said it was impossible. She wanted to unilaterally declare a no-fly zone over Syria that would have caused a conflict with the Syrian government, but, more importantly, with Russia. Donald trump seemed to be the opposite pole, who will lead US from conflict and will leave Russia in the fight against “Islamic state”. But this year Trump took one look at the footage of dead children — the US President made a u-turn in the spirit of Copernicus. But the question is whether trump’s winning recipe and some “American peace” for Syria?