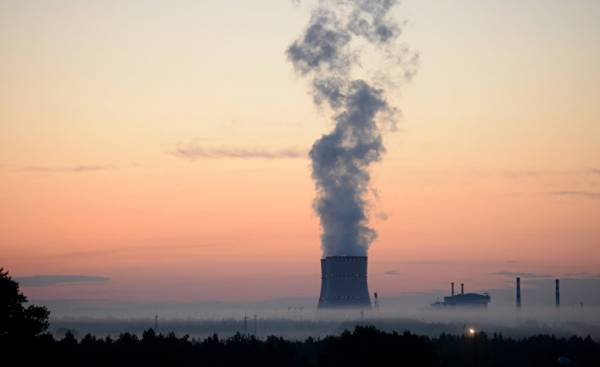 Nuclear energy is losing popularity in many parts of the world. In the United States reducing the cost of renewable energy makes them a more attractive option for electricity generation than a nuclear plant. France, a country with a long tradition in the field of nuclear energy, also seeks to reduce its reliance on reactors. Even China now invests more in the development of wind farms than a nuclear infrastructure.

Meanwhile, Russia goes against the world trends. According to Bloomberg New Energy Finance, and nuclear reactors provide 11% of domestic electricity production in Russia, while the share of wind and solar energy remains insignificant. More than 40% of Russia’s electricity is generated by burning natural gas. The only major renewable source of electricity in Russia is hydropower, providing about 20% of domestic needs.

In recent months, Russia has taken some steps in wind energy development. However, efforts in this area prevents a law according to which at least 40% of the entire infrastructure for energy production should be in Russia. To do so, Russia will have to attract very significant amounts of foreign investment.

Meanwhile, in the world markets, Russia is trying to draw its backwardness in the field of renewable energy sources at an advantage.

State Corporation for atomic energy “Rosatom” is now the most active player on the international market for nuclear energy technologies. The Corporation signed contracts for the construction of NPPs and supplies of nuclear fuel and provision of expert assistance in 20 countries in the Middle East, Africa, Asia and Latin America. With the exception of nuclear power plants “Barack” in the UAE, the construction of which involved the South Korean Korea Electric Power Corporation, Russia is involved in all other projects to build nuclear power plants in the middle East.

The last step of Rosatom in the middle East was the conclusion at the end of may the agreement on the construction of the first nuclear power plant in Egypt (subject to the approval of this project by the Egyptian government). This contract is the last of the four bilateral agreements signed by Egypt and Russia regarding nuclear power plant “al-Daba”, which is planned to construct about 200 miles West of Cairo. The first contract, signed in late 2015, related to the construction and maintenance of nuclear power plants in the 10-year period and included a clause according to which Russia pledged to provide nuclear fuel for 60 years.

“The El-Dabaa” will consist of four power units with reactors VVER-1200 — updated version of the model VVER-1000, developed in the USSR in the mid 1970-ies. The first unit with VVER-1200 reactor was put into operation earlier this year at Novovoronezh NPP in Russia. The project “El Dub” will be launched in 2024.

Egypt is one of the four middle Eastern countries, where Rosatom has built or intends to build nuclear power plants. A subsidiary of “Rosatom”, “Atomenergostroy” which is engaged in construction projects abroad, has contracts for construction of NPP in Jordan and Turkey. The company also is building additional reactors in Iran “Bushehr”. Rosatom”will provide funding, personnel, and fuel for these nuclear power plants, but they will remain the property of the Corporation, and will obtain the income they produce electricity.

Russia has provided approximately 50% funding for the Turkish NPP “Akkuyu” and will fully meet its fuel after completion of construction. More than 85% of the funding of the project “El Dub” in Egypt comes in the form provided by the loans Moscow, although Russia itself is going through an economic downturn.

Egypt is also exploring the possibility of building a second nuclear power plant on the Mediterranean coast.

During the cold war both the US and the USSR helped the middle East countries to develop nuclear energy. The governments of Jordan and Egypt in the mid 1950-ies expressed interest in construction of NPP and the Soviet Union in 1961 began the construction of a research reactor in Egypt. Similar reactors were also built in Iraq in 1967 and Libya in 1981. In 1995, the Ministry of atomic energy of Russia signed a contract for the construction of Bushehr NPP in Iran.

In 2010, the Russian government has provided “Rosatom” the right to open representative offices in Russian embassies abroad. The Corporation has already opened such offices in Dubai and Beijing in April 2016. According to a statement on the company website, “ten-year portfolio of foreign orders “Rosatom” at the end of 2016 amounted to over 133 billion dollars.”

However, experts expressed concern about the fact that ambitious projects of Rosatom are not supported by adequate plans for disposal of nuclear waste. A Norway-based environmental organization Bellona, conducting independent research on the international nuclear and environmental issues, is critical of the lack of a plan for treatment and disposal of nuclear waste. It also indicates that the dependence on Russia for supplies of nuclear fuel can put the recipient countries in a difficult position in case of deterioration of the political situation.