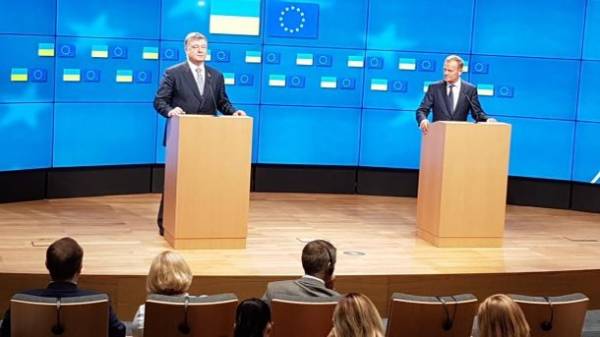 President of Ukraine Petro Poroshenko met with President of the European Council Donald Tusk in Brussels (Belgium) drew attention that Russia still continues atrocities on Ukrainian soil. This was written in the Twitter press-Secretary of Ukrainian President Svyatoslav Tsigalko.

Then Poroshenko drew attention to Russia’s actions in Ukraine.

As reported, the European Commission wants to negotiate with Russia on “to Northern stream-2”. The European Commission explained its decision by saying that the pipeline must “fully comply with the energy regulations of the EU contained in the so-called Third package of legislative measures”.