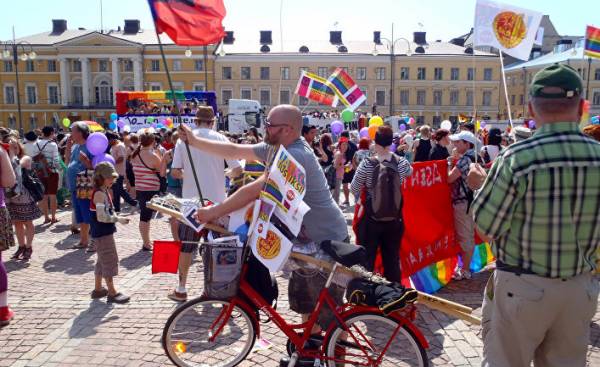 This summer at the gay parade in Helsinki for the first time will take part the Finnish police in uniform. The procession will take place on July 1st in the event, Helsinki Pride. Police will ride in a vehicle provided by the Ombudsman for equality, and after the parade along with officials will be information posts.

“We are concerned about the issue of crimes of hate that affect sexual minorities”, — said the representative of the Police Board of Finland måns Enqvist (Måns Enqvist).

Over the past year, crimes of hatred have become a serious cause for concern in Finland. Their number has increased and sexual crimes and crimes against sexual minorities, according to the police, it became much more. The presence of the police at the gay parade, according to Enquist, make this topic more open for discussion.

“Their presence we are all trying to say that incitement to hatred is unacceptable, and about the crimes it is necessary to tell,” says Enqvist.

The police also places particular emphasis on the suppression of crimes of hate.

“This year, we are very often faced with crimes based on hate and in various parts of Finland it was about the crimes, the victims of which were ethnic group and sexual minority.”

According to Enquist, the Police Department received an invitation to participate in the capital gay pride parade.

As reported by Enkvist, all the police who will take part in gay parade in uniform, will be in the performance. Police will monitor the progress of the procession, and will go on the vehicle provided by the Ombudsman for equality.

The police, who want to participate in a gay parade in your own time, you need to be in civilian clothes.

“The same applies to those cases where the police organize their own procession. The year before, held a March to the Police demanding higher wages, which also cannot be present in the form. For this event the police had special vests so as not to confuse who participated in the March, who’s watching the vote”.

Last year the gay parade was attended by senior Sergeant of the Finnish defence Forces in uniform. This was a real scandal, after which the rules of wearing form defense Forces was changed.

Week of Pride events Helsinki will be held from 26 June to 2 July. 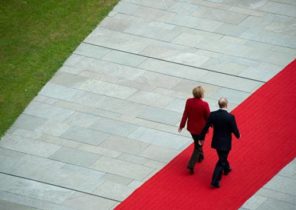