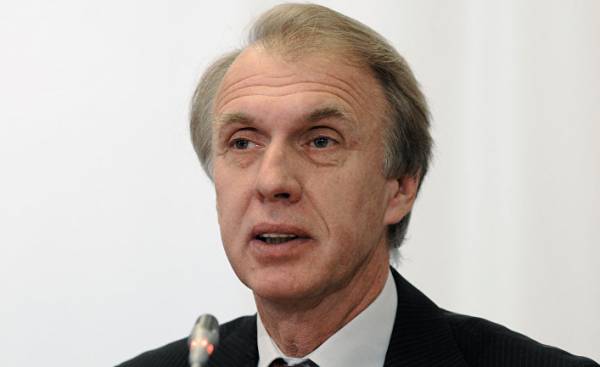 The background for the meeting of the President of Ukraine Petro Poroshenko head of the White house Donald trump positive. Such opinion in the comment “observer” stated, the former Minister of foreign Affairs of Ukraine Volodymyr Ogryzko.

“Expectations were generally positive. The fact of the meeting suggests that in the foreign policy agenda of the U.S. Ukraine is on the priority positions. In the political establishment of the USA, a situation which can be called Pro-Ukrainian. I mean the political problems faced trump in the context of RF interference in American elections. Trump now in no event it is impossible to make any concessions on the Russian question. The mood at the Capitol allow Ukraine to speak clearly about our interests,” — said Ogryzko.

According to him, there is a chance to reach practical agreements on topical issues. “This more active promotion of Ukraine in NATO, and receiving arms and support reforms that are going slower than we would like. Background to the visit is positive, it is only necessary to use it” — summed up the diplomat.