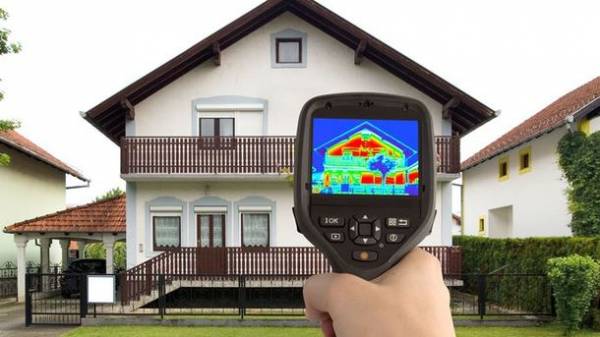 Experts from the UNDP to assess the current needs of the residential sector of Ukraine in the financing of energy efficiency measures in 51 billion. Less, but still billions are estimated requirements of the public sector. The real budgets of all available national and international programs account for less than 1% of the needs.

It is believed that to solve the enormous underfunding by the creation in Ukraine of an energy efficiency Fund (as is done in Poland, Lithuania and other countries). Resources of this Fund could be many times more than is allocated now under existing programs.

In the end it would provide for energy modernization of buildings is not fragmented, and complex. Therefore, the effect of such events should be considerably higher. It is also important that funding through the Foundation is not tied to the budget process, which gives it more stability.

Work on the bill

The draft law on the Fund of the Cabinet of Ministers developed and submitted to Parliament in December last year, (registration No. 5598). However, the discussion in the session hall, the document was issued only on 21 March 2017, Presenting the bill, Deputy Prime Minister – Minister of regional development, construction and housing Gennady was Subconceptual attention to the fact that this law is important as a technical and financial instrument who gives the opportunity not only to efficiently use state budget funds, but also to attract international assistance. To adopt the draft in first reading was only at the second attempt, 227 votes. In the second reading the draft law was adopted on 8 June, it was supported by 278 MPs, but at the third attempt for a vote.

“This law will give us the opportunity to attract 120 million euros irrevocable aid from the European Commission and the German government. It is also an additional source for filling the budget, because the Fund will work “on-white”, and the contractors involved in the work on thermal modernization of housing, they will pay taxes to the budget. This push for the development of small and medium businesses, new jobs and expansion of opportunities for creation and financing of the condominium, reduce the energy consumption in the country, and most importantly – reduce the amounts in the payment of Ukrainians for utilities,” commented the head of the Subcommittee on energy conservation and energy efficiency parliamentary Committee on fuel and energy complex Alexey Ryabchin.

Now the law must be signed by the head of BP and send it to the President for signature . The law will come into force on the day following its official publication.

The government say that the Fund must earn before the start of the next heating season, i.e. in autumn 2017, as officials have repeatedly claimed that the Foundation’s work will help to reduce the loss of gas in the heating system and the residential sector of the country, which annually is 2.4 billion cubic meters and 9 billion cubic meters, respectively, to create up to 75 new jobs, as well as for five to eight years to run the services market in energy efficiency with a volume of approximately 30 billion euros, the main party which will be small and medium businesses.

What is the Foundation

According to the law, the energy efficiency Fund is a public institution – legal person of public law. His work will focus on interaction with the owners of private and residential buildings with the aim of increasing the efficiency class of such buildings and payment of costs for the implementation of the program.
The amount of compensation will depend on how to change the class of energy efficiency of a residential building as a result of implementation of the project.

The maximum amount of compensation, for example, condominiums will be 50% refund if the building’s energy efficiency, the project will increase to class A according to international standards.

The Fund will consist of the Supervisory Board, the management, technical and financial offices. Supervisory Board includes two Cabinet members, two independent members and one representative of donors (the Board is authorized to take decision in the presence of at least four members). The law clearly defines the requirements for Supervisory Board members. The Fund’s administration consists of at least three people – Director, financial Director and technical Director. Decisions of the Directorate are eligible if they are accepted unanimously.

The Fund constitutes, a permanent internal audit unit, which is an integral part of the internal control system and reports to the Supervisory Board.
The Fund’s annual budget is formed at the expense of the state budget and the funds that it receives as grants or attracting a different way from any other sources not prohibited by law. The amount of public funds in the Fund’s budget should be sufficient to meet the minimum goals for energy efficiency set out by international obligations of Ukraine.

The Fund has no right to issue debt securities to raise funds on the terms of the loan, loan, or other conditions providing for a fee for the use of funds and commitment of their return.

The bodies of state power and bodies of local self-government, their officials are prohibited to interfere in the activities of the Fund, as well as to influence officers or employees of the Fund in the course of performing their duties.

Energy efficiency measures, the cost of which may be partially reimbursed by the Fund include:

The list of energy efficiency measures, the cost of which may be partially reimbursed under the programs of the Fund will be determined by the Supervisory Board on the nomination of the Directorate and published on the official website of the Fund.

Mandatory publication on the website of the Fund shall be the following information:

An example of the structure of the project price*, thousand UAH

The proportion of grant of the project cost, %

According to the Ministry of regional development

Financial instruments of the Fund

Have Minregionrazvitija standard financial products for the new Fund. This three package in the amount of from 0.12 million to 5.3 million, aimed at assisting in the modernization of different types of buildings and achieve different levels of efficiency. It is expected that financial aid will cover from 20 to 50% of project cost. A package for a specific apartment or private house is chosen based on the results of his energy audit. Prior to the entry into force of the law on the energy audit was the decision on the composition of the package will be taken by the Fund.

At the same time in the framework of the package “Easy” carrying out of the mandatory work package, which includes: the installation of house meters and individual heat point (weather regulation), balancing of the heating system and hot water, and replacement or insulation of distribution tubes (if not already done). In addition, will be offered replacement or repair of Windows and doors in the common areas, installing or replacing hot water heat exchanger.

According to the Ministry of regional development, the financing of the project of modernization with the participation of the Fund will consist of five stages: