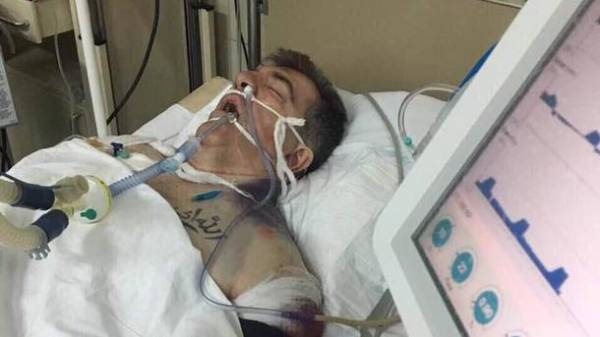 The attacker who attacked Adam Osmayev and amine Okueva has already been questioned by investigators. This broadcast said the representative of the Ministry of internal Affairs of Ukraine Artem Shevchenko, transfers “112 Ukraine” .

“His life (attacked Osmayev and Okoawo – ed.) is not in danger, he can cooperate with the investigation and give evidences”, – said Shevchenko.

According to him, interrogation of the detainee killer already held. However, according to the interior Ministry, the striker had previously committed several other crimes, including and not on the territory of Ukraine.

“There are a number of other crimes, in particular the result sees them, and now there are active operations with international partners in order to be able to talk about it more or less publicly and convincingly”, – said the representative of the Ministry of interior.

According to him, the Russian trace in the case of the attack is obvious. While Shevchenko reminded that for their own “legend” the suspect used personal information of the person who died.

As previously reported, the Prosecutor said, as the killer Osmayev could get a passport Ukraine. We will remind, the Suspect in the attempt on the life of Adam Osmayev and Amine, AquaWay arrested without bail.