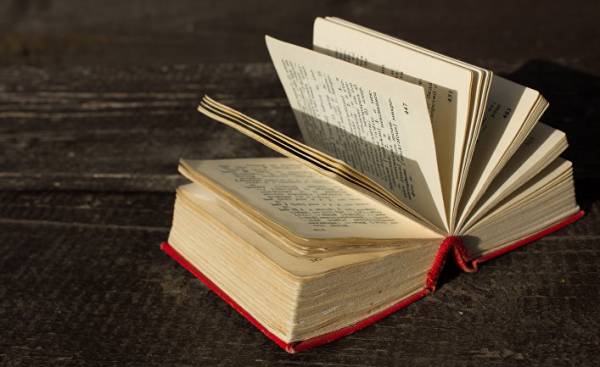 The Jonatan Olofsson (Olofsson Jonathan) began to study Russian language through a fun video on Youtube. Now twenty year old young man lives in Yekaterinburg, is fluent in the language and considering its a completely independently obtained language knowledge as part of a future career: “I’m thinking about becoming a teacher or translator”.

This fall, Jonatan moved to Yekaterinburg in Russia to study the Russian language. He already spoke the language quite well, despite the fact that we studied it independently — with the help of a friend, whom she met on the Internet. To learn a new language, he decided in the second grade of the gymnasium.

“I wanted to find a new hobby, something that I could follow some time after school,” says Jonatan.

This hobby became the Russian language, and it’s actually an accident. It all started with a hot interest in Russian literature, and Youtube.

“I watched a video where people walked around the city and did all sorts of stupid jokes in Russian. “And it’s cool to know a language that others do not know”, I thought. And decided to learn some Russian phrases”.

“Most of those who teach Russian language, I want to read “War and peace” and “Anna Karenina” in the original language, but I thought not about that. I first wanted to learn to speak Russian”.

The Jonatan previously had an interest in languages. The houses in the village Blasen Stora (Stora Blåsjön) in the North of Jämtland County, where he grew up, he was taught Italian — his grandfather originally from Italy.

The school he chose for more English as the teaching of other languages, in his opinion, was too low. In high school, which Jonatan visited in Stockholm, he decided to fully concentrate on the music.

“Maybe and so I sooner or later began to learn the language, and without Youtube, but he pushed me to it. Actually, I had no idea that it would get this far”.

On Youtube same Jonatan is found and the course of Russian for beginners, on a particular system is divided into lessons, which gave a basic understanding of the language. In addition, he watched the recording, which other people have described as a self-taught language — and with great success. The Jonatan memorized the Cyrillic alphabet and bought a Russian dictionary.

“Many believe that the alphabet is difficult, but actually it’s the easiest. The hardest, of course, grammar. For example, in Russian there are six cases”.

As has been said, Jonatan first wanted to learn to speak. And here, too, the role played by chance. Chat-Omegle forum where people communicate with randomly chosen source, which at any moment can be exchanged for another, he decided to talk to people exclusively in Russian.

“This is not a serious service, there constantly appear some strange people, but I thought I would be able to test how well you know Russian. And then I came across one Russian dude, Dmitri, my age. I thought it was funny, and he asked if I had Facebook. But communicating was hard, because he was not English, and I — Russian.”

They decided to organize a language exchange, in which Jonatan taught Dmitry English and a little Swedish, and he received help with Russian. They quickly discovered that they have something to talk about.

“We talked about politics and culture, and he talked about the lives of their relatives in the Soviet times. We were each other interesting, and time to talk enough.”

This was the beginning of friendship, and Jonatan is twice visited to Dmitry on a visit to Yekaterinburg in two weeks. The hours they spent on the Internet talking, given the result, and Jonatan was able to communicate in Russian.

“However, I realized that it’s one thing to talk with a friend, and quite another with others. He adapted to my level. When I met his grandmother, I did not understand”.

The Jonatan bought the textbooks of the Russian language. Returning home, he first began to study grammar systematically — our own as well.

Svenska Dagbladet: have You ever thought about how to go on courses?

The Jonatan Olofsson: actually, I went to some meeting at the Civil school (Medborgarskolan), but the courses cost money, and it didn’t work. Besides, I was proud that I alone had to cope with learning the language and wanted to continue in the same spirit.

According to Jonatan, the advantage of courses at a more rapid mastery of grammar.

“In General, to learn the language itself goes much faster. I found one community in Stockholm, where are the other people studying Russian, and I went there a couple of times, but it didn’t give me very much.”

However, in the end, Jonatan is understood that courses, no matter what, will help him to go to the next level and allow a better understanding of grammar. He decided to move to Yekaterinburg to study at the University of Russian language for foreigners.

His girlfriend Emma to go with him — she also teaches Russian. Yekaterinburg, they chose not only because there lived Dmitry. The Jonatan says that he wanted to visit the “real Russian town”.

“They say Moscow is not real Russia”.

The Jonatan describes Yekaterinburg as a lovely and rather large and bustling city. He quickly became acquainted with friends Dmitry and found a fellow with the same interests who like Jonatan and his girlfriend, doing Irish folk music.

— How are you evaluated their knowledge of Russian, when I moved there?

— I thought I was well-spoken, but I spoke better than I did. Now I feel that I speak fluently and understand most of what they say. Soon I will have level C1. Mentality also plays a huge role to speak Russian, you need to understand it is another way to Express your thoughts. Spoken Russian language is incredibly much different than writing.

Now Jonatan and reads Russian classics in the original language. With the increased interest in grammar. Most classmates of Jonatan autumn begin to study in one of Russian universities. He will soon go back to Sweden, but in the future he would be happy one way or another continued education in the field of Russian language.

“Considering I’ve come this far, I’m thinking of becoming a teacher or translator. I really want to find a use for my Russian in a professional activity.”

• Once learned the Cyrillic alphabet.

• Looked Russian language course for beginners on Youtube. On the Internet a lot of training materials, with their help you can really go far.

• Of course, I bought a Russian dictionary.

• Moved the menu to the Cyrillic alphabet, this is a good way to get used to reading Russian, and learn new words.

• Meet to chat with a Russian guy, Dmitry. We quickly became friends and talked a lot.

• Watched a video on Youtube in Russian, was trying to find movies about music or language.

• Searched for texts on the Internet on topics that interested me.

• All time wrote out words when reading or talking with a friend. I recorded and entire phrases.

• Downloaded the app, which you can use to listen to foreign radio, and in the subway with headphones, I had Russian language.

• Travel to Russia to visit Dmitry took the opportunity and bought good books.