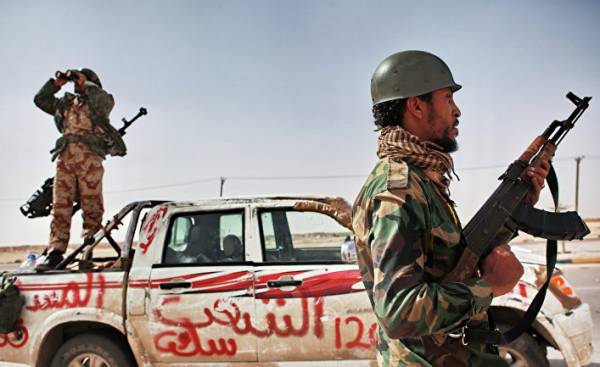 Unfortunately, in light of the schisms in the Arab region and the Libyan Arab political elites ignore the crimes and the deliberate mistakes of NATO forces and some of its Arab allies, who are solely responsible for the disastrous situation in which Libya has lived for more than six years. The country has become a failed state, a safe haven for terrorist and extremist groups, trade centre and others. After the overthrow of the regime of the late Libyan leader Colonel Muammar Gaddafi, Libya went from being one of the richest countries in Africa in the poorest state, where people are starving, and the refugees waiting for help from abroad. In Libya came dozens of organizations that provide humanitarian assistance for the first time in 42 years.

If we return back in 2011, we will see that NATO, the Arab and Muslim countries, led by Qatar, Sudan and Turkey have supplied weapons and money to Islamist groups militants who were involved in the events of 17 February against Libyan leader Muammar Gaddafi. These groups were directly linked with the terrorist organization al-Qaida, particularly the Libyan Islamic fighting group (LIFG) led by the terrorist Abdul Hakim Belgacom. He took Tripoli with the support of the Qatari forces played a direct role in the provision of Islamic militant groups with weapons and currently Belhadj is head of the party “Hizb al-Watan”, funded by Qatar.

The correspondent of the newspaper The Wall Street Journal in Libya, Abdel Bari Atwan stated that he saw during the battle for Sirte, one of the leaders of the revolution Ismail, Calabi raised the black flag of “JAMA’at al-Tauhid Val-Jihad”. In addition, Atvan confirmed that the majority of participants of the armed uprising against the regime of Colonel Muammar Gaddafi — is a radical Islamic militant groups.

Even after the fall of the regime, NATO and its allies in the six years turned a blind eye to these radical extremist groups, until they have not spread to Libya like a cancer and turned into hell the lives of Libyans. Libya has lost more than $ 600 billion due to corruption of the government created by these groups, but in addition they have become a threat to Libya’s neighbors, especially Egypt, which paid a high price after the fall of the regime of Colonel Muammar Gaddafi. In the province of Minya in southern Egypt killed 29 Copts at the hands of extremist groups, who came from the city of Derna in Eastern Libya. This city is a haven for terrorist and extremist groups under the leadership of the Shura Council of the revolutionaries of the Turf. He, in turn, is connected to the city of Misrata, which is under the control of radical and extremist groups are receiving direct support from Turkey via the seaport of the city.

There is no doubt that NATO and its allies, especially Britain, France and Italy, which occupied Libya and created on its territory the military base, entered into an agreement with the militia from Misrata and providing military and information support to the Shura Council of the revolutionaries of Turf along with Qatar, Sudan and Turkey. They are responsible for poverty, hunger and terrorism in Libya. All of these countries came to plunder the wealth under the pretext of protecting civilians, but they don’t take any effort to ensure their safety. Instead, they deal with the Libyan terrorists, such as Mahdi al-Kharati, Ismail, Shalabi, Abdel Hakim Belhadj, Ibrahim Guarana, Sami Al-Saadi who steal Libyan oil, and Abdul Wahab Kaida a member of the LIFG, who is responsible for bringing terrorists from African countries to Libya. 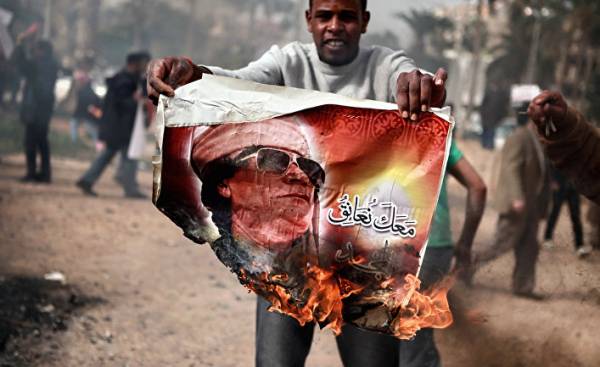 For these reasons, the chaos in Libya or the terrorist operations in neighboring countries will not end (especially in Tunisia and Egypt) while there is a ban on the supply of weapons to the National army of Libya, headed by field Marshal Khalifa the Haftarot. In connection with this prohibition, the neighbouring countries provide full support to the National army of Libya, as it is a “safety valve” for their national security.

Neighbouring countries should not rely on the international community to find solution to the Libyan crisis, especially Egypt, which is fighting terrorism and extremism together with the Libyan army not to fight them in the alleys of Cairo.