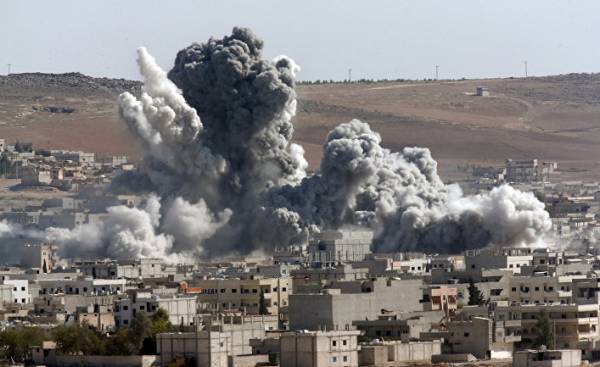 The coalition led by the US used Syria and Iraq of phosphorous bombs that threaten the life and health of the local population.

“No matter how you use white phosphorus, this creates a high risk of long-term harm in such crowded cities like raqqa and Mosul and in other areas with a high concentration of civilian population, — said the Director of the arms division of HRW Steve Goose. — The US-led forces must take all feasible precautions to minimize civilian harm when using white phosphorus in Iraq and Syria.”

White phosphorus can be used on the battlefield to create a smokescreen or signaling, as well as incendiary weapons.

HRW could not confirm whether the use of phosphorous munitions on civilian casualties. Recently, a resident of Raqqa told The New York Times that one of the Internet cafes in raqqa were fired shells with white phosphorus. The shelling killed about 20 people.