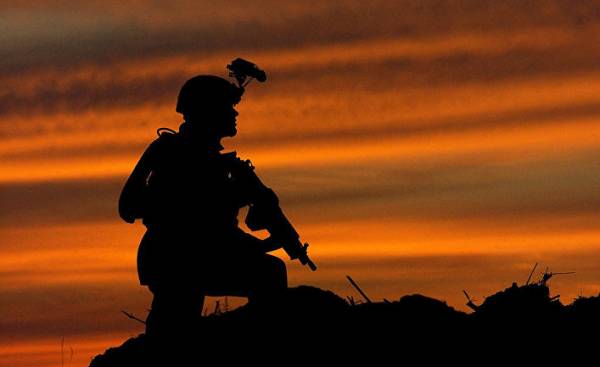 Every day, the rulers of the Arab countries telling us that they are still slaves and that still has not felt the sweet taste of lost freedom. No matter how much you tell us about the taste of any drink or meals, you will not be able to understand it until you try. For many years the rulers of the Arab countries did not even feel the smell of freedom, so of course they can’t know the sweetness, because it is impossible to feel what has been lost. That is why for the past years, the Arabs are experiencing the bitterness of slavery. Today, they need to remain in bondage, paying money to his master, and not Vice versa, as in the past.

Many people wonder what is the hidden reason for the deterioration of relations between Gulf countries and Qatar. It is known that the Arab countries accused Qatar of supporting terrorist groups, such as the Free army, jabhat an-Nusra, “Muslim brotherhood”, LIH (banned in Russia — approx. ed.), but this is not something new. Also for anybody not a secret that Qatar holds a lot of negotiations with the various terrorist groups whose aim is the freeing of hostages and detainees in the combat areas.

Besides, the whole world knows that Qatar controls the movement of money through branches of its banks in many Arab countries, not to mention the head of the local banks in the country. This is a state policy. But what is new is the reason that prompted Saudi Arabia and its allies to declare war on Qatar using all available means?

In 2014, the United States accused Qatar in supporting and financing international terrorism, but so far they have not expressed a clear position on this issue because they want to extract from it maximum benefits.

The Declaration of such a war Qatar says the failure of the plan of Saudi Arabia in the region to establish control over Iraq, Syria, Yemen and Libya. That is why Saudi Arabia wants to successfully use this conflict in order to return the location of Egypt, to bring him back into their embrace and bridge the gap that happened between them lately. Arab countries want to punish Qatar, which is the main protector of the group “Muslim brotherhood”, advocating for the overthrow of al-Sisi and is considered the main enemy of the Persian Gulf. Arab countries are trying to use the current situation to undermine the activities of this terrorist organization in the region and eliminate it.

Egypt is trying to find support among the Gulf countries and to establish a relationship with them, as well as in the whole region, because in recent years there have been some shifts in this direction. If we follow the actions of Egypt, we do not find in them any statements or statements against Iran in contrast to other Arab countries. Some of them, in turn, announced the severance of relations with Qatar in order to gain the support of Saudi Arabia.

For its part, Turkey is trying to be the sole supporter of the “Muslim Brothers” in the region, chief patron and “incubator” of some of its leaders. She started the competition with Iran in order to find a friend and support in the Persian Gulf. In addition, Turkey has announced its readiness to send military forces to help Qatar to consolidate its position in the region. All these actions have forced Saudi Arabia to worry about and led her to oust Iran and Turkey, its biggest competitors, in order to single-handedly dominate the region. Iran will not leave Qatar in such a situation, regardless of what price he will pay for it, because he wants to get a new ally in the Persian Gulf, and this, in turn, will allow him to open air areas and the routes between Doha and Tehran.

The whole world knows that Arab countries led by Saudi Arabia support terrorism in the world. They create it, teach its followers and direct it to different regions. But why Qatar has become a target? Perhaps the main reason is the improvement of its relations with Iran, but also because this small country is weak in military terms, unable to resist the enemy forces. For its part, America has worked hard to creating conflict, and also sought to weaken the Arab countries, so they rushed to ask for her help. The US is trying to drain and suck Arab money, pushing these countries toward war, which, of course, will eventually lead to the collapse of their economy. War contributes to the weakening of States in economic and military terms, and that is exactly striving for America and Western countries, provoking Arab conflict.

Will the Arabs fight for their freedom? When the Arab people will understand and be aware of the game, the outlines of which were drawn in detail by Donald trump during the Arab-American summit? The rulers of the Arab countries use their army in order to undermine the economy and so on the verge of the abyss and to protect their places, instead of to give protection to his oppressed people. Saudi Arabia is not less Qatar supports international terrorism, but it paid a high price in order to protect themselves. The first thing she took, it sacrificed its own people and supported the weak Arab countries in order to become their friend. They have become true allies, defending and protecting common with Saudi Arabia’s interests, but the Kingdom will pay a much higher price if will continue to insist on Arab-Arab war, the pretext for which is terrorism, which she herself creates.