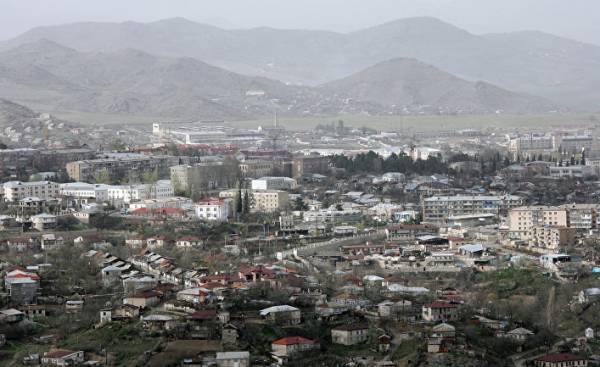 The ninth of June, the head having the status of self-governing region as part of Spain Catalonia Carles Putteman, said that on October 1, 2017 in Catalonia will hold a referendum on independence, despite the fact that the official Madrid against his conduct and believes the process is unconstitutional. Pujdeme noted that they were ready to listen to the proposals of the government of Spain for the referendum, but he always refused. Madrid promised to use all the mechanisms available to prevent the holding of the referendum, but has not yet explained what kind of mechanisms involved. However, from the statements, sounding from Madrid, it becomes apparent that attempts to resolve the issue through political dialogue, through negotiations. Regardless of this, a specification of the timing of the referendum shows that Catalonia is resolute in the existing several years the question of a referendum.

For Madrid it will be difficult to fail the referendum, given the successful precedent conducted in the EU process of self-determination. We are talking about held in 2016 in Scotland the referendum, which the Central government of great Britain had virtually no objections. The results of this referendum, recall, about 55 percent of the population of Scotland voted against secession from the UK. However, significant was the fact that the referendum as an act of self-determination was held in an absolutely legitimate manner, contributing to the growth of internal separatism in countries that have the same problem, in this case in Spain.

By the way, Scotland for himself after the disappointing results of the referendum of 2014 has not abandoned the idea of independence. The first Minister of Scotland Nicola Stragen in March of this year, appealed to the British government with a request to hold a second referendum on independence in Scotland. In Edinburgh expect to hold a new referendum in the period from the autumn of 208 years, until the spring of 2019-wow, that is till the end of the process final of Britain’s exit from the EU.

The reason for the referendum for Scottish was conducted in 2016 Brakcet. Scotland voted against leaving the UK from the EU, and explains the need for a new referendum a fundamental disagreement with London on this issue. It is noteworthy, however, that London is not fundamentally against the holding in Scotland of a new referendum. The only objection is that this did not happen before the exit of the United Kingdom from the EU.

And against the background of these processes in Europe, it became known that the referendum on independence decided to hold the Iraqi Kurdistan. Assistant to the head of the Kurdish autonomy Masoud Barzani Emin Kavrami on Twitter, according to “radio liberty”, wrote that the referendum on Kurdistan’s independence will be held on 25 September 2017. The statement followed a meeting of Barzani with the political forces of Kurdistan. It is noteworthy that in this case, too, the Central government, that is Baghdad, not fundamentally oppose holding such a referendum. The Prime Minister of Iraq al ALADI in March this year, referring to the possibility of holding a referendum on the independence of the Kurds, just pointed out the fact that this not chosen the most convenient time, referring to the presence of radical Islamist groups in Iraq and serious security threats. However, statements about the specific date of the referendum gives the basis to believe that Kurdistan is also determined in this matter. Interestingly, the referendum of the Iraqi Kurds appointed just a week before the Catalan referendum. It is for this reason Azerbaijan in this period expect challenging days.

The problem is that the referendums Catalonia, Kurdistan, and later also of Scotland prove that the process of self-determination in international practice, becomes an irreversible fact. And there is a natural question — why the right to self-determination of the Catalans, Kurds, Scots, respected, and Armenians of Artsakh, why Madrid, Baghdad, Lisbon is so able to perceive and understand the internal desire for self-determination and legal process, and Azerbaijan is not. This process can significantly strengthen the position of the Armenian diplomacy in the Karabakh issue and serves as a new impetus to the issue of recognition of Karabakh’s independence has become a subject. In the context of these processes, the world community will become more receptive to the fact of the independence of Artsakh if Armenia will be able to use for this purpose, the current stalemate in the negotiation process, violations of the ceasefire regime by Azerbaijan and the expected referendum