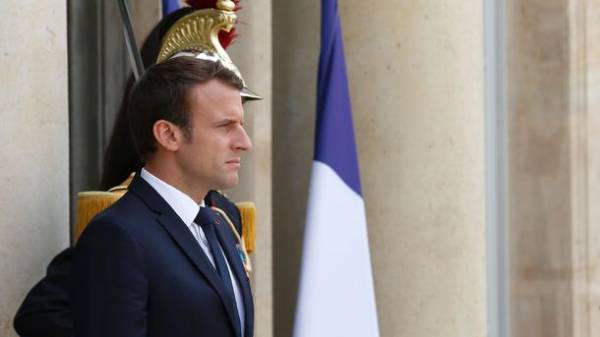 This is evidenced by the exit poll conducted by the sociological research company Ipsos, which was presented in live TV channel France24.

In particular, according to the survey in all the majority constituencies, for the party “Republic, forward!” voted 32.2% of voters, for the party “the Republicans” – 21,5%, far-right party “national front” was supported by 14%, the party “Unconquered France” – 11%, the Socialist party is 10.2%.

If no candidate receives in the first round more than 50% of the vote in a district, then held a second round, which will be two of the best candidates of the first round.

The second round of elections will take place on 18 June.

Only the French National Assembly of 577 seats.