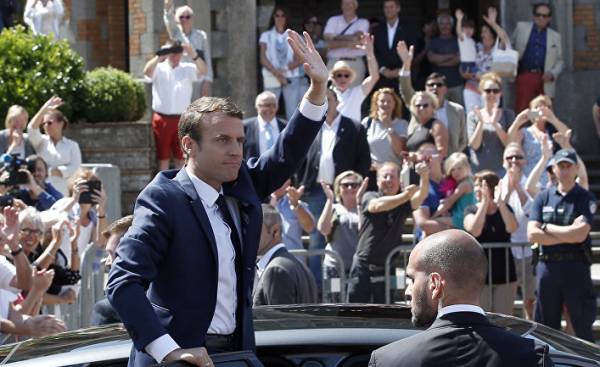 In France on Sunday was the first round of parliamentary elections — the first after the election of may 7, the new President of Emmanuel Macron. His party “the Republic!” (La Republique En Marche!), according to preliminary data, won a landslide victory.

“The Republic!” is gaining about 33% of the vote. The Alliance of the right “Republicans” and the center-right Union of Democrats and independents (UDI) has received almost 21%, right-wing “national front” marine Le Pen — according to various estimates, from 13 to 14%, “Rebellious France” leftist politician Jean-Luc Mélenchon — more than 11% of the votes, the socialists — about 10%. Data of different electoral projections differ slightly.

The second round of June 18, when it will be a battle between the best results for the current voting candidates and determine what will be the French and European political landscape. Can the President Makron following its declared policy of re-start of the European Union, to amend the Constitution of France and to carry out the pledges radical reforms in the country, will largely depend on the outcome of these elections.

After the victory of the current head of the French state, his movement En Marche! (“Forward!”) it was converted to almost the same party La Republique En Marche! In addition to her victory, important for the President of the Macron, because so far he didn’t have “their” party in Parliament, the main results of Sunday’s election began a new defeat of the “National front” and the devastating defeat of the Socialist party, still has an absolute parliamentary majority. Political map of France Jun 11, completely changed.

On Sunday, French voters faced in the lists of candidates with more than usual number of new faces — more than 20 in some constituencies. Some of the candidates for parliamentary seats — the absolute beginners, not backed by any political career. Expanded was the list of parties: in addition to previous socialists, “National front” of Communists and “green” added the coalition of center-right and “Rebellious France.”

Exactly too rich a political choice, and also good weather and fatigue from the intense presidential campaign, the French political scientists explain low voter turnout in these elections. According to preliminary data, it amounted to only 49% of the total number of registered voters. This is the lowest voter turnout in France for several decades.

The second round of elections should show whether or not the President’s party an absolute majority of seats in Parliament. Commented political analyst, Professor, University of Rennes Cecile Vessey:

— Good to have the President had enough votes in Parliament to enable it to carry out its policies. Then see how this policy will be good for France. But still important to the opposition that could criticize the President and say, to follow what he’s doing. You need to have a sufficiently large number of seats in Parliament, but the vast majority would not be too good. My ideal is about half of the places that gives the President the opportunity to act. It is not the state Duma, you know, where everyone agrees with everything and support Putin. You need to be represented, and other worthy parties that could work together in Parliament, — the political scientist considers, Cecily Vessey.

Meanwhile, National front leader marine Le Pen, who lost to Emmanuel Macron on 7 may in the second round of the presidential elections, gaining a third of the vote, blamed the current failure of the party “unjust”, according to her, the electoral system. Under the law, in the second round in each constituency are the candidates took the first two places. The third candidate may compete only if he was voted in the first round of at least 12.5% of registered voters. According to Le Pen, the system is directed against small and medium batches.

The leader of the center-right party “the Republicans” Francois Baroin, noting the low turnout in the first round, urged voters to be more active 18 Jun to the party of the President of Macron in the new Parliament was strong opposition. 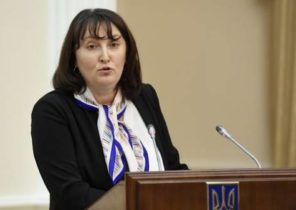 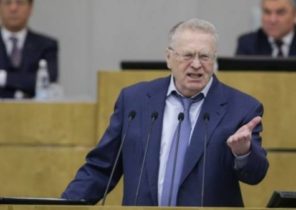