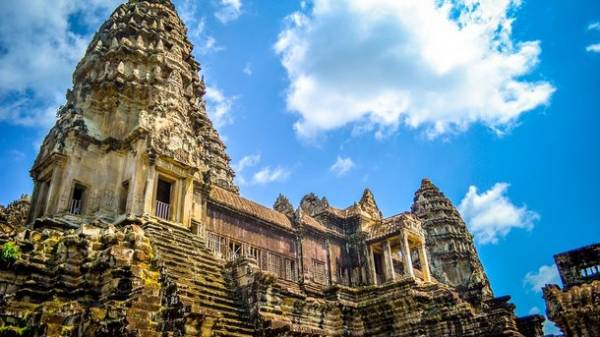 Chinese archaeologists spent several months on a dig in the city of Chengdu in the South-East of the country, a Buddhist temple, which ceased to exist in the XIII century.

Temple Fugang played an important role in the religious and cultural life of the local population in the period between the dynasties of Eastern Jin (317-420) southern song (1127-1279 years), reports Xinhua.

The name of the temple in Chinese means “receiving a blessing”, he was dedicated works of the famous poets of those times. However, at the beginning of the second Millennium of our era the temple had fallen into disrepair and gradually collapsed, and its ruins covered with sand.

During the last months of excavation, archaeologists have found the Foundation of the temple, parts of its walls, wells, roads, and ditches. In addition, found thousands of stone plates with Buddhist texts, about 500 statues and a large number of ceramic tiles with inscriptions.

In addition, around the temple discovered about 80 ancient tombs dated back to the dynasties of Shang and Zhou dynasties (1600-256 BC), and in the vicinity – a large number of household tools and construction materials related to the time period from the song dynasty to the Ming dynasty (1368-1644 years).

Chengdu in the second half of the first Millennium of our era was an important economic and cultural center of Eastern China. Excavations in the temple Fugang should help the study of the spread of Buddhism in China in the historical period.

Earlier it was reported that in Mexico from under the water back on 400 years of the Church.