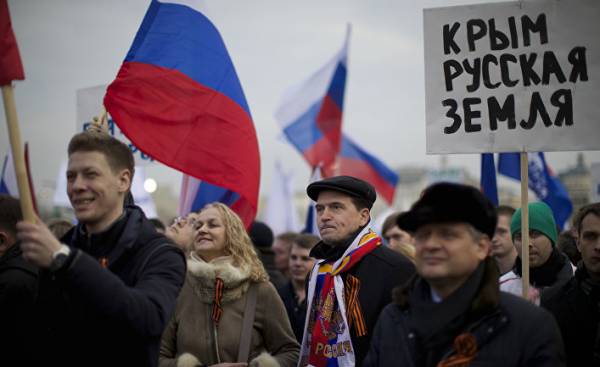 Russia has changed its strategy in the East of Ukraine. The rates increased.

This is evidenced by Alexei Makeyev, Director of the political Department of the foreign Ministry of Ukraine, in an interview with Finnish online edition of Verkkouutiset.

“The turn came in late January when troops supported by Russia, launched an offensive in Avdiivka North of Donetsk”, — said Makeev.

According to him, prior to that, Russia was reduced, then increased military pressure in the East of Ukraine. The main objective of warfare was the creation and maintenance of instability in the region.

“In the framework of a new stage of Russian-backed troops directed their attacks on critical infrastructure, for example, at the power plant and water supply. Under fire hit civilians”.

About the changed line of the Kremlin said, according to Makeyev, February Vladimir Putin’s decision to recognize the legal for entry into Russia the use of passports of the so-called people’s republics situated on the territory controlled by the separatists. Putin signed a decree on the same day, when the foreign Ministers of France, Germany, Ukraine and Russia met to consider issues related to the situation in the East of Ukraine.

Makeev believes it’s a coincidence signal that Russia is now not even trying to portray that follows the principles of the Minsk agreements.

According to the diplomat, the fact that the Russian ruble replaced the Ukrainian hryvnia as a means of payment in the territories controlled by the separatists could not happen without the blessing of Putin. It also indicates the plans of the Kremlin.

“Russia’s actions often look like a series of tactical steps without a coherent strategy. Now, however, it seems that the Kremlin is making elaborate maneuvers to set the stage for the repetition of the scenario of conducting an illegal referendum.”

The referendum on accession of Crimea to Russia in March 2014 was carried out under the control of the Russian special forces, and the international community condemned it as illegal.

“Russia takes another step and looks at the reaction of the West. If the West only expresses the conviction that Russia is taking the next step. This continues until, until the West goes to a specific response”.

Such tactics, according to Makeeva, Russia has in a war zone in Eastern Ukraine. He lays on the table of the military map which shows the area to the West of the line defined by the Minsk agreements. We are talking about territories that Russian-backed forces have taken control after the conclusion of the contract on cease-fire. The total area is 1696 square kilometers, said Makeev.

“It’s time to recognize that Russia can not be trusted. Negotiations with Russia are always based on force.”

Makeev believes it is very important that the West keeps unity in relation to Russia’s Vladimir Putin. In matters of European security system and the international agreements it is impossible to make concessions.

Sanctions, in his opinion, are effective only when they are ready to use. Russia not hesitate to violate its obligations if it not to threaten tougher sanctions.

Makeev stresses that the internal reforms Ukraine must be maintained. He understands that the pace of reform may seem slow, but calls to consider the scale of what is happening.

“Over the past three years in the Ukrainian society has undergone more change than in the previous 23 years combined.”

Makeev said that in the West is often forgotten that Ukraine also had to deal with the issue of placement of 1.7 million people fleeing the war. It is significant on the European scale flow of refugees, about which the Western media didn’t report.