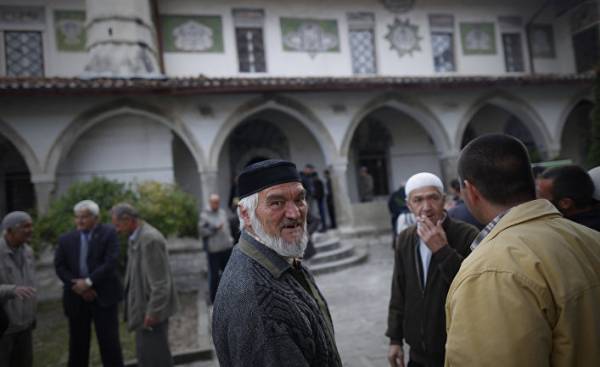 Intending in February 2014 to carry out the seizure of Crimea by Russia was ready to two almost opposite scenarios.

So says the mufti of the Muslim community of Ukraine said Ismagilov. The journalists of the newspaper Verkkouutiset met Ismagilov in the Ukrainian capital Kiev.

“In the first scenario, the Crimean Tatars must submit to the occupation. They turned into obedient subjects of the Kremlin without own will”, — the Chairman of the Muslim community.

In the second scenario, the Tatars were able to begin active resistance against the invaders. It would be Russia was firmly suppressed, not exclude the possibility of bloodshed.

“The Russian armed forces were fully ready for this. Methods would be similar to those applied in Chechnya, where the crackdown was thoroughly rehearsed”.

Said Ismagilov refers mainly to the Second Chechen war, during which Russia did not hesitate to employ heavy artillery and conducted a large-scale aerial bombardment against its own citizens. In addition to the tens of thousands of lives of combatants, the war claimed the lives of more than 20 thousands of civilians. 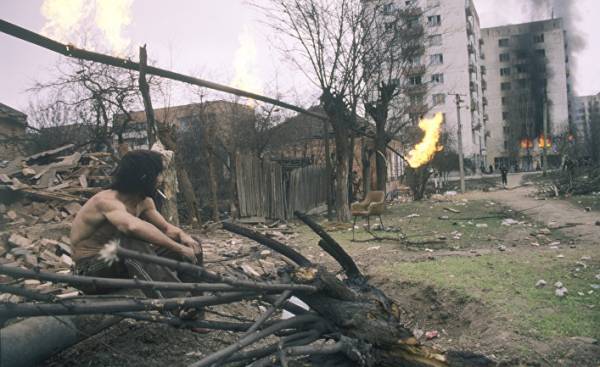 “But the Crimean Tatars have chosen the most unpleasant, from the point of view of the Kremlin strategy. They were not willing to submit to the Russian authorities, but instead of armed struggle, they chose the path of non-violent resistance in the spirit of Mahatma Gandhi”.

“The aggressors committed the sin”

Tatars are indigenous people of Crimea, most of them Muslim. Of the one million Muslims living in Ukraine, 450 thousand to 2014, lived in the Crimea, and 250 thousand in the territory of Donbass. The occupation of Crimea and war in Ukraine particularly badly disrupted life in the Muslim part of the population.

Participation in the war in Eastern Ukraine Muslims accept as a part of the army of Ukraine and the Russian separatists.

In regard to the justification of the armed struggle, the position of mufti said Ismagilov clear. In his opinion it is based on religion.

“In the words of the prophet Muhammad protecting the lives and dignity is the duty of a Muslim. Those who fight on the side of Ukraine, there are protecting their homes and families,” he says.

“On the other hand, those who came as aggressors, commit a sin. The war began when Russia invaded Ukraine.”

Ismagilov says that he is at the front and provides spiritual support to Muslims serving in the Ukrainian army.

“In Russia there is a tradition of oppression”

Born in Donetsk on the territory occupied now by Pro-Russian separatists, and educated in Moscow Ismagilov notice a big difference in the attitude of countries towards the Muslim population.

“In Ukraine there is a democratic legislation that guarantees Muslims the freedom of religion. Christians and Muslims have lived here side by side a thousand years, and tolerated each other,” he says.

“In Russia, however, Islamophobia is commonplace. On non-Slavic appearance, bullied and even beaten to death”.

The lack of religious tolerance, according to him, is evident at the state level. Unlike Ukraine, the Russian authorities arbitrarily ordered to close and destroy the mosques, the activities of Muslim communities is prohibited. A lot of Muslim literature is banned. 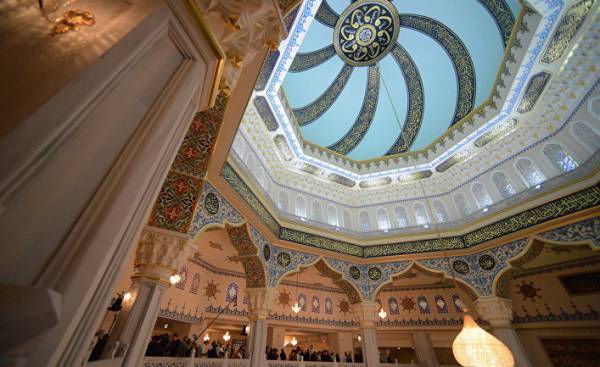 © RIA Novosti, Eugene biyatov | go to photobiannual on the day of the feast of the sacrifice Eid al-Adha in Moscow’s Cathedral mosque

The oppression of Muslims in Crimea is a reality.

“Muslims are persecuted. People are imprisoned on trumped-up reasons. Peaceful demonstrations are regarded as extremist or terrorist”.

Crimean Tatars look in the eyes of Russia is particularly at risk, the immediate enemy.

“The Russian authorities can not tolerate people who oppose their will. Therefore, the leaders of the Crimean Tatars, who are in Ukraine, banned entry to the Crimea. Those leaders who are still in Crimea, and seek to expel from the Crimea, and the most active — to place for a long time in jail,” says Ismagilov.

“People disappear, torturing them and killing — especially young people. Russia is putting pressure, but the resistance continues, and occupation do not obey”.

In Donbass the situation of the Muslim population, according to Ismagilov, it was better — at least temporarily.

“As Russia denies its involvement in the war in Eastern Ukraine, it may not hold in the so-called people’s republics the same policy as in the Crimea. Donbass Muslims can freely practice their religion. Many, however, have lost their livelihoods because of the production line of factories moved to Russia,” he says.

“Of course, we are trying to help these people and their families. As a mufti I am committed to every Muslim of our country could love and respect their homeland Ukraine.” 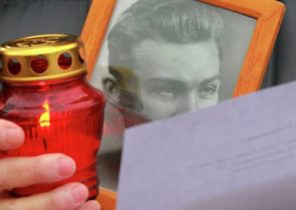