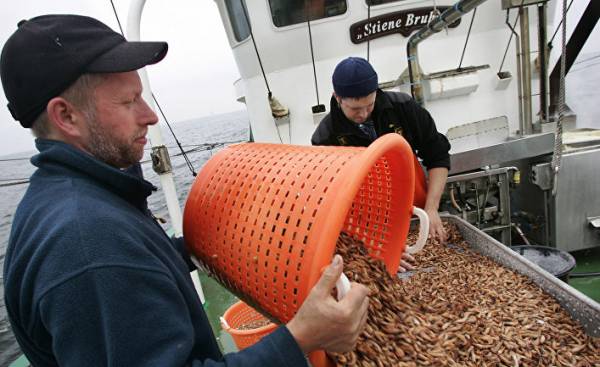 There were no signs of trouble the command of the trawler “Remøy”, when the ship returning home after catching the shrimp, may 10, was stopped in the Barents sea to the East of the ward the Russian coast guard to conduct standard verification procedures.

“Remøy” caught shrimp quota obtained by Norway for fishing in the Russian zone in accordance with Norwegian-Russian fisheries Treaty.

According to this Norwegian-Russian agreement, the court in such cases will be inspected, after which heading home. And for captain of ervika Kjetil (Kjetil Ervik) it was a routine procedure. He was sure that he was all right. But, nevertheless, it turned out that not everything was in order.

In the securities license of the vessel from the Norwegian Ministry of fisheries, “someone” forgot to mention that we are talking about fish, although, of course, it was a trawler for shrimp, which acted on the basis of the quota.

“Remøy”, thus, did not violate any fishing regulations, but the papers were not in order. The team and the company Remøy havfiske not thoroughly checked the documents in the Russian language.

That is, a clerical error, when most thought it would be a detail that can be settled in Murmansk.

But they have not considered that will be dealing with the Russian bureaucracy and the forces in the Russian fishing organizations, who have decided that this is a great opportunity to teach the Norwegians a lesson and to “thank” them for their numerous arrests of Russian fishing vessels that took place earlier.

The fact that Norwegian authorities have repeatedly stated that they did not seek specifically to punish the Russian fishermen, and that there were clear violations of the law every time he arrested a Russian court in this case was of minor importance.

Many in the Russian fishing organizations believed that the Norwegians in the North a strong, rich modern fishing fleet, and they behave as they wish, based on large economic resources.

Who rules in Russia?

But who decided that “Remøy” should be punished in this way? Whether it is a practical consequence of the fact that the Russian Ambassador in Oslo Teimuraz Ramishvili in several interviews said that relations between Norway and Russia has gone in the wrong direction?

The Ambassador believed that of Norway, it is naive to believe that everything can continue as before after it allowed the United States marine corps on a permanent basis to conduct exercises on Norwegian territory and discussed the opportunity to become part of the American missile defense.

But the explanation of the problems with the “Remøy” could be purely bureaucratic and, in addition, the FSB border service could simply not understand the implications of the legal process initiated by it.

The Norwegian authorities sent on the cutting edge (Minister of fisheries) Pen Sandberg (Per Sandberg), there was intense diplomatic work in Oslo and Moscow to find a solution where none of the parties would not have lost face.

And the Minister of foreign Affairs børge Brende (Børge Brende), and Prime Minister Erna Solberg (Erna Solberg) had experienced strong political pressure, forcing them to work harder. At the same time in Russia there were many who knew that in the future this case could harm Russian interests.

Despite the harsh statements Ambassador Ramishvili, Russian bureaucrats in the Committee on fisheries and — not least — the Russian foreign Ministry realized that it is not necessary to focus on the case of “Remøy”, given all the other issues on which Russia’s conflict with the West.

After the intervention in the case of the foreign Ministry of Russia held not more than two weeks, a solution was found that satisfied both sides.

Did the FSB in Murmansk cover in Moscow?

But the Russian foreign Ministry has its limitations in relations with the FSB, who knows that, in General, she can always count on the support of his former employee of President Vladimir Putin.

But the FSB was just doing his job. Was checking of a foreign vessel, were revealed violations of the law. The ship was detained, and the case was directed to the desired instance.

But not stopped if hard heads of the FSB in Murmansk too far in this business without having sufficient cover in Moscow?

Anyway, “someone” instructed the FSB engaged in the inspection of fishing vessels, to reopen the case and recheck the cargo on Board, “Remøy”.

After re-checking the Norwegian trawler, agreed that 90 million crowns were too high collateral payment.

In the end, a compromise was reached. The Norwegian authorities via the General Consulate in Murmansk has ensured that the possible penalty for violation of the law must be paid.

The FSB informed the captain Kjetil Ervika that the ship is now free and can leave the Murmansk. After that, many were able to breathe a sigh of relief. This time the crisis had passed, and the Norwegian-Russian cooperation in fisheries once again withstood the test.

Trawler “Remøy” for a long time back and has been fishing for shrimp after the company lost approximately 15 million CZK for three-week downtime of the vessel in the Kola Bay.

Few weeks will probably be a new process, in which the company should be prepared to pay a large penalty because of a bureaucratic error.

And next time, when the Norwegian fishing vessel will be in the Russian zone, the captain will probably make sure that everything that is written in the license, has been translated and read.

It turned out that to read the instructions — it is prudent and in sports and at work. 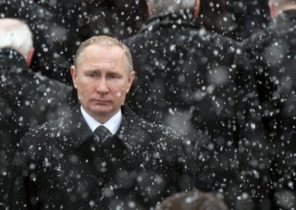 Putin and strategy of Kutuzov 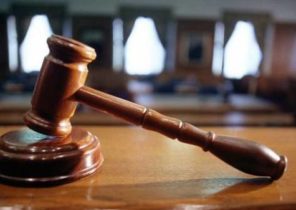