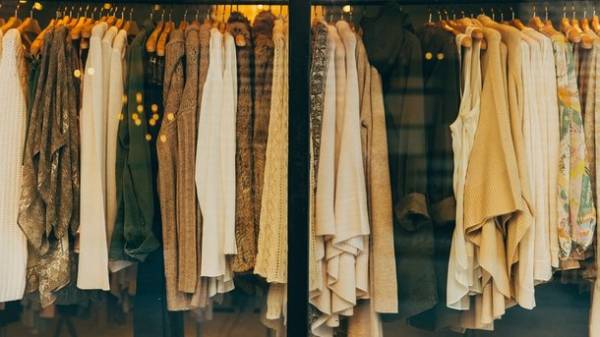 Sellers of clothes in Ukraine becomes more and more. Association of retailers announced the release to market of one of the largest Turkish operators — network DeFacto. A few months earlier in Kyiv opened a new store in the Polish footwear brand CCC and the country’s first mono-brand store of the American athletic footwear and apparel, Saucony. According to the consulting company JLL, actively develop old — timers and overseas retailers, and Ukrainian. At first glance, it speaks of the revival of the market after a record fall in 2014 – 2015 on the other hand, experts still doubt the readiness of Ukrainians to spend money on new clothes, writes UBR.

According to General Director of the Association of retailers of Ukraine Maryna Chernenko, the apparel market began to revive in the last year. Then only in the shopping center of Kiev has opened 25 new stores brands, including Armani Exchange, Falke, Maje, Calvin Klein Underwear, Converse, Uterqüe and Tezenis. This year the Ukrainian market came Liu Jo, BraBraBra, Hanro, Adidas Originals, Argo announced PINKO and Skoth&Soda.

The arrival of the Turkish brands is one of the most striking trends in the development of Ukrainian clothing and footwear market.

“All of these discoveries and rumors about the imminent appearance in Ukraine H&M, Cotton and other foreign brands clearly show that the most difficult times for retail are behind us and the industry starts to regain lost ground” — optimistically said Chernenko.

However, if you look at the home appearing in Ukraine clothing brands, it becomes clear that the Europeans among them, not so much. In particular, the same LC Waikiki, Surestep, Adl and Colin’s — the family of a Turkish Oleinikov. Moreover, the arrival of the Turkish brands is one of the most striking trends in the development of Ukrainian clothing and footwear market last year, as for Ukrainians now in the first place — the price, and these brands are implemented in segments average-plus and average-minus.

“While in Ukraine most actively developed Turkish brands. Other foreign brands is much lower even in comparison with Russia, not to mention European countries”, — stated Director of marketing LeBoutique Julia Shilova.

According to her, another relevant trend is the rising popularity of local goods producers, not the network brands.

According to Yulia Shilova, this spring for apparel retailers of Ukraine became the most disastrous in the last 5 years – first, because of the cold weather, and secondly, because of the still low purchasing power of Ukrainians. “Market growth is only due to the opening of new stores. Although the number of these discoveries it is difficult to call a significant”, — said Shilov.

Falling in the spring season, traffic trend, not only this year. “Somebody explain this cold weather, someone situations in the economy or an increase in tariffs. Clearly while one — the market can grow, but will do it only after an increase in incomes of Ukrainians. Income and desire visitors to look good and spend money are the key factors for the growth of the market”, — said the Director of “Baltika Ukraina” (Monton, Mosaic) Maxim He.

But, if we talk about price segments, which opens up new stores, as Maxim said He, they are totally different. “The notion of segments was somewhat blurred after the triple devaluation of the hryvnia,” — said the expert.

This partly agree and Marina Chernenko. “Most of the shops are oriented on a segment of “medium/medium+”, but at the same time appear on the market and premium brands: Baldessarini, Liu Jo, Stradivarius and others.

On brand retail in Ukraine accounts for about 30% of sales, the rest 70% — to the nameless shops, markets, drains and second-hand.

While major retailers are opening and the outlet stores. For example, LC Waikiki has opened Ukraine’s first outlet Mall New Way, many foreign brands in the outlet village “Manufactura”, including such giants as Helen Marlen Group, Atos Lombardi, Pierre Carden and others. “That is, companies trying to offer consumers products with very different price segments — from premium to flow” — emphasizes Chernenko.

The demand for branded clothing and footwear in Ukraine is still relatively low compared with EU countries — in the traditional retail brand in Ukraine accounts for about 30% of sales, while the remaining 70% in small nameless shops, markets, surplus stores and second hand stores. And according to Cecelia, significantly increasing the number of outlets that sell second-hand and discount goods — are particularly relevant trend.

“Unfortunately, low-income Ukrainians creates preconditions for growth of such trade. All or almost all of these traders operate in the shadow — receive the goods from unclear sources, have cash registers and do not give customers receipts do not work on credit cards, not draw staff. Customers and employees are not protected, and the state misses significant digits of the tax revenues,” he said.

How much are the dresses

According to Maxim Cecelia, changing consumer preferences in the direction of travel, sport, food, impressions forces clothing sellers to revise their prices. “They are trying to make prices more attractive. Someone reduces the first price, and someone is betting on a stock promotion,” — said the head of “Baltika Ukraina”.

With this agreement, and Chernenko. According to her, today, in some cases, the products are available in branded stores of the manufacturers you can purchase are cheaper than on the apparel markets and bazaars, especially given current loyalty programs, discounts and sales.

For example, most capital city markets, the average cost of women’s jeans starts from 1-1,5 thousand UAH. Brand stores price segment “average-minus”, the Turkish brands, about the same model at a discount or shares can be purchased at 700-900 UAH. In stock shop it will cost in the range of 300-500 UAH. and at points where is implemented the “second-hand” women’s jeans can be bought for 100-200 UAH.

However, in summer collection this year, the rule of lower prices, as it turned out, far not all. According to Marina Chernenko, most collections are ordered well before the start of the season for three to five months.

Especially for network operators, who can afford to freeze funds for a period to the beginning of the season not to face a shortage of models, sizes, accessories etc.

“So, to say that the decline of the dollar though as-that will affect the price summer collections have not, and only a private network can set prices slightly below. Confidence in the long-term stability of the hryvnia, the Ukrainian business is still there, so a just in case reinsured, creating additional risks to the present value of collections,” — says the expert.