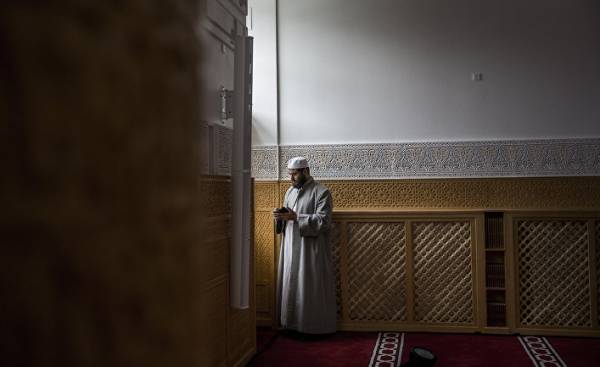 As long as Germany does so, nothing will change and in neighboring Denmark, where, among other things, the head of government is the party Venstre because Venstre means device. This means adjusting for the other parties, but the party Venstre there’s something unusual that makes her extremely able to adapt. So let’s loop the time in 12-15 years and think.

The party Venstre have the power and the candidate who are not so Muslim that it mattered. We are talking about skilled and respected policy of 43 years of Turkish origin. He was born in Denmark where his parents were born in Turkey and came to Denmark with his parents in the early seventies. The candidate is, thus, migrants in the third generation of Turkish origin.

In Christiansborg to him are quite tolerant, it is reliable, unusual in circulation. He’s competent. As a person with higher education and professional experience, it has a good connection. He looks good on television, feels at home among his own and is in demand as people are able to reach a compromise, when passions run high. Bertel Harder (Bertel Haarder) directly calls it a “friendly Muslim” that builds trust and opens doors. In short, this candidate is unlikely to be a great Dane. And he studiously avoids to say anything certain about the religious aspect. Anything can go wrong, if he makes a mistake. The fact that he generally appeared in the political arena, due to the new times.

The outrage in Paris

Denmark 2032 is a de facto multi-ethnic, multicultural and multiconfessional country, which after the difficult events of the last ten years has found a new balance.

Receded into the background, but not forgotten, riots, social unrest and clashes, sometimes similar to civil war everywhere in the Danish cities, not least in the Central areas of the capital. But events in France inspire fear. French troops and police units launched an attack on the ghetto and created a real “Paris commune” in the most militant areas. With 40 or perhaps 50 thousands killed.

Global media storm and condemnation have become a comprehensive and unanimous. USA, Russia, China, the Arab world and several African countries came together against France, which, after the terrible events experienced in the beginning of the collapse of the old order and then a real breakthrough in the new era. Multicultural, multiethnic, multi-confessional times, such as in the Danish society and other European countries. All at the same time with the demographic reality manifested in full force. In such a situation, the Muslim candidate for Prime Minister of Denmark is not perceived as something strange and politically unnatural. This is partly due to the fact that there are many people of Muslim origin, partly because inveterate opponents of migration dead and gone.

At the Congress of Venstre no doubters. Overdue new time, and time Christian Jensen (Kristian Jensen) passed, he inspired his mantra of globalization, a bright harmony of the cross, skullcaps, and hijab and a sharp increase in trade with Turkey paved the way for the current candidate. The Patriarch Venstre Bertel Harder, who turned 91, finished his speech by quoting by heart all the twelve verses, “Now all the people’s will” Grundtvig (Grundtvig). After that our candidate thanked the an incredible number of supporters, whom he met among party members, political colleagues and not least among ordinary members of Venstre. And finally, he told a short story about events from his childhood in Isha.

His father met here one journalist Nils of Opera, who was very interested in the problems of migrants and refugees. Ufer at the time, had a conversation with the then Turkish Ambassador, who privately told him bluntly what he thinks. “You Danes think you are really smart?!” — asked the Ambassador. “Why do you take half the population of the Anatolian plateau in your civilized country? Because most of them can neither read nor write, nor to find a job in Ankara and Istanbul”.

The candidate continued: “My father was angry when he heard this story and was insulted for my grandfather”. Because they worked here struggling for the welfare of his family, sending money home, suffered from injustice. All of this is in the past. Now I’m standing here among party members and the Danish countrymen and do not feel anger. I’m friendly, says Bertel, I am grateful and say thank you for the election”.

At these words all present at once stood up and greeted the candidate with a long applause. He soon left the room and, after a private meeting, sat night in the plane flying to Istanbul.