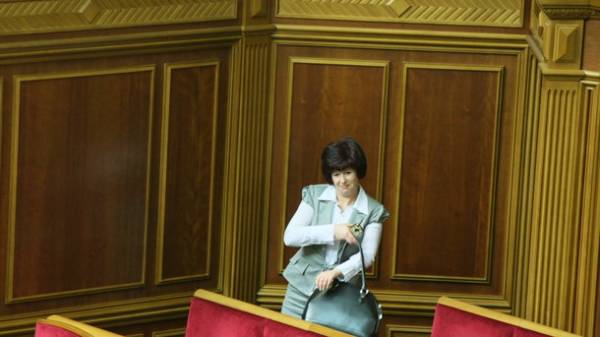 The vote on the appointment of the new Commissioner of the Verkhovna Rada on human rights postponed indefinitely. Today, according to the speaker Andriy Parubiy, Parliament has not considered this question, as candidates were not the result of profiling of the national Agency on corruption prevention (NACP). To replace the current Ombudsperson Valeria Lutkovska expect three people: from NF’s Deputy Lyudmila Denisova, the people’s Deputy from BPP Sergey Alekseev and lawyer Andrew Hominy, which support the “radicals”. The BPP hope to get the results of special checks NACP before the next plenary week (June 20-23) to close the issue with the re-election of the Ombudsman before the end of this session. In profile parliamentary Committee reminded that according to the law of June 6 – last day when Parliament by secret vote could elect a new Commissioner and the procedure for nomination of candidates have to start over again. In informal conversations people’s deputies from BPP recognized that the change of the Ombudsman are not interested – Lutkovska they are quite satisfied. In NF was hoping that the Pro-presidential faction will support their candidate Lyudmila Denisova in exchange for the position of head of the accounting chamber. Recall that a month ago, Parliament failed appointment of a new head office – votes not given to NF. The accounts chamber of the Ombudsman does not seem much like the PPO, so the issue of appointment of a successor Lutkovska may hang until the autumn.

The pros and cons. According to the civil network OPORA, in the history of independent Ukraine, Parliament Commissioner for human rights was chosen four times: in 1998, 2003, 2007 and 2012, “the office of the Ombudsman in all cases were women. In the period from April 1998 to April 2012 in this post was Nina Karpachova, April 2012 – Valeria Lutkovska, the term of which expired in April of this year. In two cases, the Verkhovna Rada elect the Ombudsman at the second attempt (2003 and 2012). Twice a candidate for the post of Commissioner was Evgeny Zakharov (2007 and 2012), but in both cases, the deputies gave more votes to his rivals, first Karpachova, then Lutkovska. On two occasions (in 1998 and 2007) that the Ombudsman became the MP, which after the election handed over the Deputy mandate” – reminiscent of “SUPPORT”.

In 2012 the then speaker Volodymyr Lytvyn managed to push through the candidacy of Lutkovska in the hall only the second time. Governmental authorized in the European court of human rights was supported by 252 MPs. The oath Lutkovska took under shouts “ganba!”. The opposition is mercilessly criticized her and called her a protégée of regionals and “sloenogo mode”. But, as human rights activists, contrary to negative expectations, she began to actively cooperate with representatives of civil society. During politically motivated cases against Yuriy Lutsenko and Yulia Tymoshenko enforce their rights and Maine’s Penal colonies. At the same time, according to experts, Lutkovska not really contrary to the Yanukovych regime in the legal proceedings against the then opposition leader.

During his tenure Lutkovska failed to organize a more or less normal work of the National preventive mechanism. Body created in 2012 in accordance with the optional Protocol to the UN Convention against torture, which provides for regular monitoring of all places of detention to prevent them of ill-treatment of prisoners. She Lutkovska said that the work of the National preventive mechanism was able to perform at all, however this is largely dependent on the reform of the penitentiary system, and this is the patrimony of the Ministry of justice.

Many politicians and experts criticized Valeriya Lutkovska for the lack of a principled position at the time of adoption in the Verkhovna Rada “dictatorial laws” on January 16 and the events of the revolution of Dignity. But the Ombudsman was actively involved in the work, when Russia annexed the Crimea and launched war in Donbass. Lutkovska focusing on issues of observance of the rights of prisoners. In the framework of the Tripartite contact group, the media engaged in the exchange of prisoners, in particular, with the OSCE and the security service office of the Commissioner conducted a verification of the lists of prisoners to be exchanged.

Procedure and auction. A five-year term of office Valeria Lutkovska expired on April 28 this year. According to article 6 of the law on the Ombudsman of the Verkhovna Rada on human rights, nominations made by the speaker or the 1/4 or 112 MPs from the constitutional composition within 20 days after the end of the term of office of the incumbent Ombudsman. BPP 123 signatures has nominated its MP Sergey Alexeev. In the NF for their candidate Lyudmila Denisov has collected 125 signatures. For the lawyer Andrey Hominy, which lobbied for the “radicals”, was signed by 116 members. The relevant parliamentary Committee on human rights at its meeting on may 24 ruled that all three candidates meet the requirements of the law and can be voted on.

Lyudmila Denisova, the MP from NF 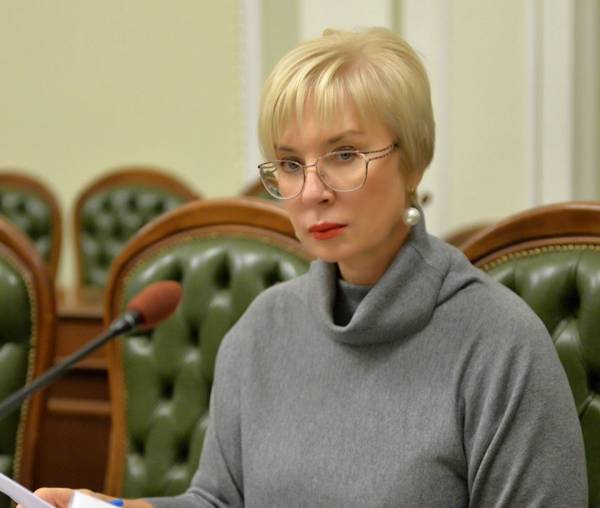 His political career began in the Crimea from 1998 to 2006, he was Minister of economy, Minister of Finance and the Deputy of the Verkhovna Rada of Crimea.

In 2005, she joined the ranks of the party “Batkivshchyna”. MP 5, 6, 7 and 8 convocations. In Yulia Tymoshenko’s government from December 2007 to March 2010 – Minister of labour and social policy. The second time the Minister of social policy in the government of Arseniy Yatsenyuk worked from February to December 2014.

To date, heads the parliamentary Committee on social policy, employment and pension provision. 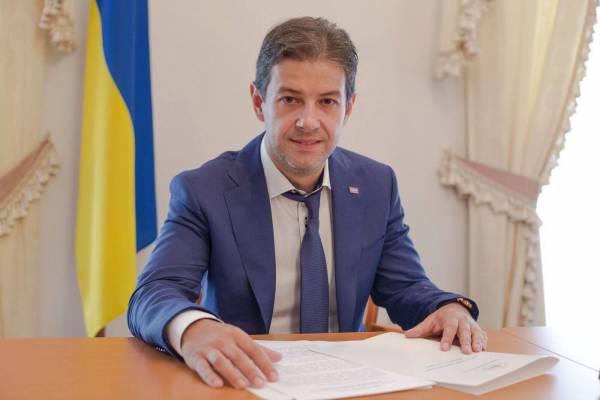 After graduating from the Academy of labour, social relations and tourism he worked as a criminal lawyer, then “OOO Verbis-LTD”, “Energobank” and “Kyivenergo”.

Political career began in 2014, when Alexeyev was appointed Chairman of the Kirovohrad regional cell of “Strike”. Then at the BPP list passed in the Parliament of 8th convocation.

Honored lawyer of Ukraine, now – the Deputy head of the Committee on legal policy and justice. 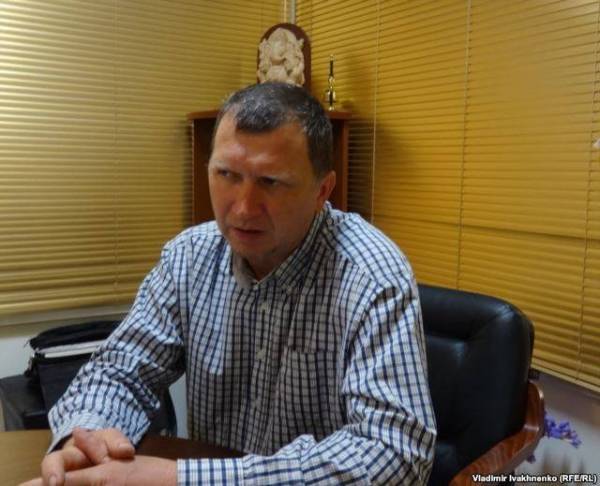 After graduating from high school, he was drafted in the border troops of the USSR and took part in the fighting in Afghanistan.

In 1996 graduated from Kyiv University.T.G.Shevchenko and two years later received the status of a lawyer.

In 2001-2006, defended participants of the rally “Ukraine without Kuchma”, represented their interests to the ECHR.

In August 2014, a 24-member RTA “AYDAR” took part in the fighting in the area of Lugansk airport. After the disbandment of the battalion he headed the Ukrainian Union of participants of military actions in ATO, became a member of the Interdepartmental Commission on the issues of granting the status of a participant ATO.

By law, June 6 – last day when Parliament can appoint a new Ombudsman. After all, article 6 of the law on the Ombudsman of the Verkhovna Rada on human rights establishes clear deadlines for the nomination and approval of candidates. Now, according to the head of the profile Committee on human rights Grigory Nemyria, the Parliament should declare a new contest. A completely different opinion of the BPP. The first Deputy head of the Pro-presidential faction Ihor Kononenko on the sidelines of the Parliament told journalists that, most likely, vote for a new Ombudsman (and the procedure it is secret) will take place next week from 20 to 23 June, we still have the results of special checks NACP to wait.

The first Deputy head of procedural Committee Pavel Pynzenyk asked Grigory Nemyria show regulations, which should be declared a new contest for the post of Ombudsman. After all, article 6 of the law on the Ombudsman of the Verkhovna Rada on human rights does not say what to do if Parliament has not appointed a new Commissioner in time. Therefore, nothing prevents to hold a vote later, if only the political will were. The main reason of delay in appointing a new Ombudsman, apparently, the lack of passage of the candidate.

“Those could be Gerashchenko (Irina Gerashchenko, Deputy speaker – Ed.) or Legwinski (MP from NF Georgy Logvynsky – Ed.) or Zakharov (Yevhen Zakharov, Kharkiv human rights activist known – Ed.) but they do not meet the requirements of the law – says “Today” one of the deputies from the BPP. – Sergey Alekseev purely technical candidate to “knock down” Denisov, and that he did not particularly want to be Authorized. For Hominy in the hall will not meet 226 “for”. So the question hangs indefinitely”.

The BPP privately say that the support Lyudmila Denisova “veterans” offered the Pro-presidential faction, the chair head of the accounting chamber. It is worth Recalling that around this position a couple of months ago had fierce battles. So, according to people’s deputies from BPP, the greatest support was the MP from their faction Valeriy Patskan. But during the approval of his nomination to the hall of votes were given to NF. The process is complicated by the fact that the package of agreements on the office of the Ombudsman and the accounting chamber includes the formation of a new composition of the CEC. And here, as you know, the process has stalled. The hope is that by the end of this session, the coalition will agree on personnel filling all three bodies, is not enough. Therefore, with high probability, Valeriya Lutkovska in the Ombudsman’s chair will sit before the fall.