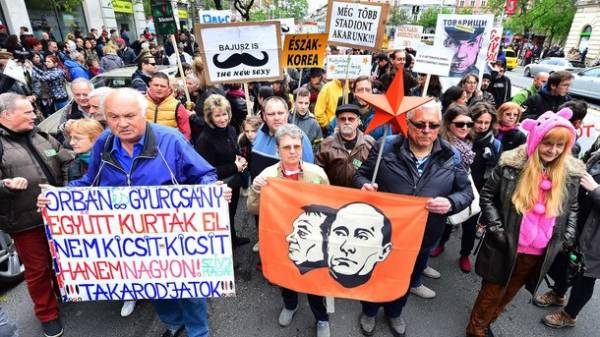 In the centre of Budapest about five thousand people took part in the demonstration. They ridiculed the Prime Minister of Hungary Viktor Orban, reports UNN with reference to Reuters.

According to the protesters, Orban continues the assault on democracy and human rights.

In the hands of the protesters held placards ironic content and slogans like, “We don’t need elections.” They chanted: “Down with freedom of the press”, “We don’t need Brussels” and all the while laughing.

As reported, the protest was organized by the so-called “Party dvukhvostka dog”, which constantly makes fun of the government, putting forward the absurd and satirical slogans.