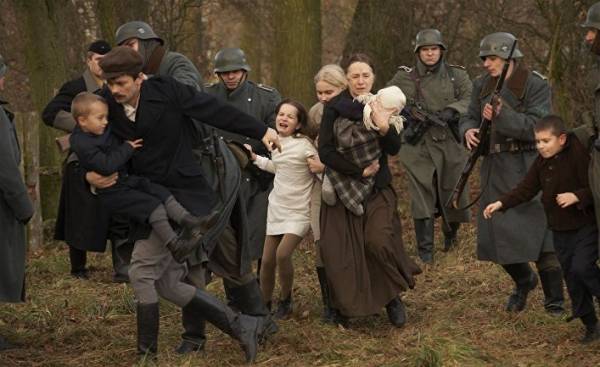 In Moscow the festival of Polish films “Visla” took place the Russian premiere of the resonant film directed by Wojciech Starovskogo “Volyn”. 149 minutes of screen time is devoted to one of the worst tragedies in the history of Poland in the XX century — the Volyn massacre, operation of the Ukrainian nationalists in the extermination of the Polish population, carried out in 1943-1944 in Volyn.

According to the Australian Professor George Lieber (George O. Liber, Total Wars and the Making of Modern Ukraine, 1914-1954, ISBN 978-144-264-977-4), during the “Polish-Ukrainian war”, a name coined by the head of the Institute of national memory Volodymyr Viatrovych (Vladimir vyatrovich, a friend of Polish-Ukrainian viyna. 1942-1947, ISBN 978-966-518-567-3), UPA (banned in Russia organization — approx. ed.) and killed up to 100 thousand poles, and at the hands of the Polish home Army and self-defense forces, as a result of “blind retaliation” killed up to 20 thousand Ukrainians.

Smarzowski brings the viewer in the Volyn village during shortly before the Second world war, where living together poles, Ukrainians and Jews. Seventeen-year-old Zosia is in love with a Ukrainian guy. But polka at the request of the parents marries a rich widower Polish Maciej Skiba, who proposed for a girl eight morgues (obsolete unit of land area equal to about 0.56 hectare — approx. ed.) of land and a cow. Soon Nazi Germany attacked Poland, and Mr. Skiba goes to the front where his unit loses the Germans and retreats. In connection with a hopeless situation, the commander dismisses the soldiers home and commits suicide by a shot to the head.

Village Polish pan falls into the zone of Soviet occupation, the Red army and the NKVD meets bread and vodka Stepan Chuma, the Ukrainian nationalist-conformist, as a reward received the position Soltys (village policeman — approx. ed.).

Skiba returned home discovers that his young wife became pregnant from a lover named Peter. On the same day begin the deportation of the poles. Crazed Ukrainian rescues the pregnant Zosia, and two children Skyby, buying them from the warden of the train for case of vodka, which earlier stole the Soviet soldiers. Polka, a young baby boy, and Peter for stealing gets a bullet in the forehead from encasement.

Life goes on, Hitler throws his troops into Moscow and in the village come the Germans, which Soltys Stepan Chuma meets vodka and posters “Glory to Hitler! Glory To Bandera!” Immediately begins the genocide of the Jews, in which the active participation of Ukrainian nationalists.

The Wehrmacht loses the battle of Stalingrad and retreating farther to the West, and Ukrainian police quit the service and go into the woods. Soon the Polish village begin to flash fire, but their population is literally cut at the cry of “Glory to Ukraine! Glory to the heroes! Glory to the nation! Death to the enemies!”

The film is striking in its brutality, but the Director had no other choice, because the massacre of poles in Volhynia was bloody and merciless. It is worth emphasizing that Smarzowski not forgot about the Ukrainians fleeing Polish neighbors from the atrocities of the UPA. According to the Polish Institute of national remembrance, fifteen hundred Ukrainians were saved from the massacre two and a half thousand poles, and about four hundred of them were then killed by Bandera for your act of charity and courage (Romuald Nedelko, Kresova book sprawiedliwych 1939-1945 — Pro ukraïntsiv, that ratuvili polyakiv, windowing OUN (banned in Russia organization — approx. ed.) that the UPA, ISBN 978-83-7629-464-3). Among the poles, saved by Ukrainian neighbors, was a small Miroslaw Hermaszewski, the only Polish cosmonaut.

The Director forgot to show the Polish response operation, which killed up to 20 thousand Ukrainians. In the end, the viewer gets an objective history of Volyn hell, the place well-known American historian Timothy Snyder rightly calls the “bloody ground.”

After the show there was organized a meeting with the Polish actor Lech Cablecom, during which there was a scandal. One of the men sitting in the audience wanted to ask a question, but in the end it turned out that his purpose was to give a big speech with accusations against Starovskogo and actors speaking in the movie. Called them FSB agents that hit Ukraine in the back when she is fighting against the “Nazi Russia”, and the blame for the Volyn massacre laid on the shoulders of the NKVD dressed in UPA partisans.

Perhaps this view is held, foreign Minister of Ukraine Pavlo Klimkin, as a show of “Volyn” in Kiev and a discussion with the Director took place on his initiative. According to the Ambassador of Ukraine in Poland Andriy Deshchitsa, the decision was due to possible street protests and negative publicity.

Tape Starovskogo was recognized as the best film of Poland to 2016, and Jacek Kursk, the head of Polish state TV, was awarded 100 thousand zlotys (six million) as a reward the producers of “Volyn”. Who is Jacek Kursk? Man Jaroslaw Kaczynski, leader of law and Justice, which cannot be accused of Pro-Russian and antichristi.

Whose money was this film? My Ukrainian colleagues suspect that the Director has received financial support from the Kremlin, but this is just gossip and slander. Smarzowski filmed for Polish money, including from the Polish film Institute and the Polish state TV — TVP.

Remains the argument about the “stab in the back”, because it’s probably not a coincidence that the film about the Volyn massacre appeared on the screens of cinemas at a time when the East Erhfbys “Bandera” fighting against the “Muscovites”. And here again the critics get a finger to the sky. Smarzowski began work on the film in 2012, so a year before the well-known events on the Maidan and in the two years before the war in the Donbass.

Might actually “Volyn” will not help the poles to fall in love with Bandera, Shukhevych, the OUN (banned in Russia organization — approx. ed.) and the UPA (banned in Russia organization — approx. ed.), but it certainly will help the Ukrainians to realize that their Western neighbours are so bad to the heroes of the new Ukraine, and why the Polish Parliament is working on banning “propaganda of Bandera” and the penalties for genocide denial, which tells resonant film Wojciech Starovskogo.

I have no doubt — “Volyn” will become part of the Pantheon of Polish cinema, on a par with such films as “Fire and sword”, “Flood” or “Katyn”. 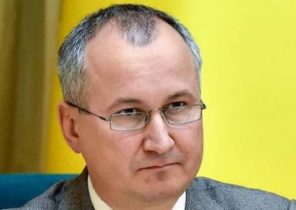 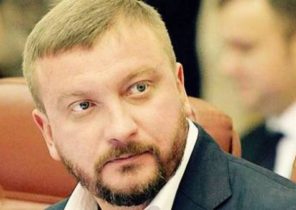