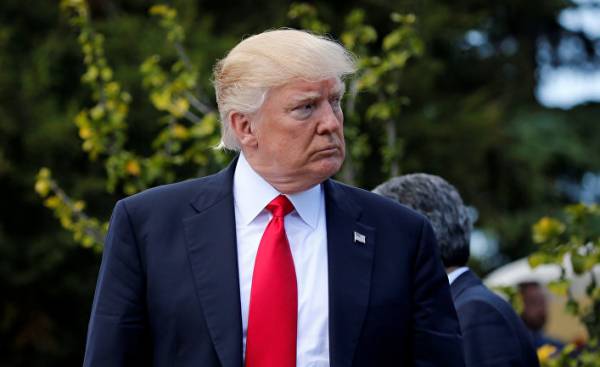 The President of Egypt Marshal Abdel Fattah al-Sisi, in which the situation in the field of human rights violations reached its peak — “a great man”. The President of the Philippines Rodrigo Duterte, who decided to destroy all drug addicts, doing “an incredible job”. To undermine the democratic regime in the country, Turkish President Recep Tayyip Erdogan is a “good friend”. Spreading around the world radical, militant Islam of the feudal monarchy of Saudi Arabia is the main strategic ally. And neoimperialism Putin’s Russia supporting the regime of Bashar al-Assad in Syria and deftly manipulating the information and the electoral process against whom the sanctions were imposed because of the annexation of Crimea and destabilization of the situation in Ukraine, we share intelligence and do not skimp on the expression of reverence.

But the Germans are bad, very bad, and they still paid. And the French chose some gun that speaks English better than the President of the United States Donald trump but would vote for the nationalist supporting Putin’s policies. And they too will pay. These are the current allies of the trump. This is absolute madness in the hands of man, not able to control myself, and it will not end well. Trump will not stay in office until the end of the term, obviously. One can only hope that he will not have time to provoke a war to declare impeachment.

Although the Spanish government, as usual, was not in the know, Europe was shocked by the visit trump. Despite observance of all formalities it is obvious that NATO and the “Big seven” went into hibernation. In the words of German Chancellor Angela Merkel, we are faced with a harsh new reality: we can’t rely on trump to ensure its own security and prosperity. Fortunately, in addition to Merkel, the President of France Emmanuel macron, who after meeting with trump and Putin has shown that he can talk with the so-called alpha males.

USA was the main European integrator. Europe in its current form would not exist without the participation of Washington. But this is not so important to present a United front against the United States, how to realize that Europe is the guardian of values (democracy and pluralism), who always promoted US and who are now trampled trump. Washington fell. But until he rises from the ashes, Europe needs to cherish these values. 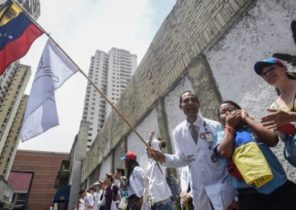