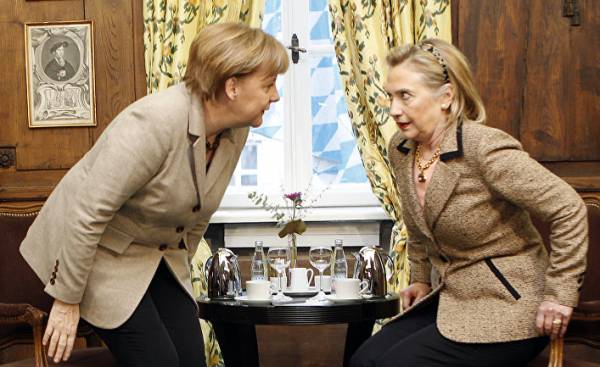 Professor of Humanities, University of the arts Philadelphia Camille Paglia has gained prominence in 1990 after the release of her first book “Faces of sexuality”. In subsequent years, the author received the unofficial title of “feminists-antifeminist” because advocates of women’s rights, but does not accept the modern form of feminism.

In his recent book “Free women, free men” (“Free women, free men” the last word can be translated as “men” — approx. ed.), published in March 2017, Paglia explains his views on the struggle of women for their rights. In an interview with DW, the writer said, what’s wrong with modern feminism than she likes Angela Merkel, and what do not like Hillary Clinton.

DW: In one of his columns for American weekly Time you described Merkel as “the best model of an ambitious female politician”. What do you mean by that?

Camille Paglia: What I admire about Angela Merkel is her ability to radiate confidence of the leader, while maintaining the naturalness and spontaneity of an ordinary person with a rich personal life. She’s into gardening, cooking, and loves sports and Opera.

The contrast with another public figure, Hillary Clinton, is incredible. Hillary lives as immersed in the dark thoughts of Marie-Antoinette, barricaded from the outside world for its wealth and security guards. She seemed to do no Hobbies and few interests besides desire for money and power. Her every public appearance is carefully orchestrated to achieve maximum resonance. She’s uptight and restrained, unable to improvise, so Clinton was not satisfied with virtually no press conference for her entire campaign in the fight for the U.S. presidency.

Everything she says or does is calculated and verified by a hired army of sycophants. The recently released book “Shattered: inside the doomed campaign of Hillary Clinton” clearly demonstrates that even the top managers of her campaign team often could not speak with her directly. All were forced to go first to the elegant “Butler” Hillary, her assistant hum Abedin.

Coming back to Merkel: I like the way it looks perfectly well for his age. She is calm and comfortable with yourself, without all the glamorous and artificial “improvements” in the form of luxury cosmetics, luxury hair and expensive designer things, just like Hillary. I see Merkel as an important role model not only politics, but also Mature women.

— Despite the current public mood, Hillary Clinton lost the presidential election in the United States. Why do you think she was unable to convince more voters to vote for her?

— Although obviously there were many people who were to elect the first woman President of the United States, Hillary Clinton was a terrible candidate with not irreproachable reputation of a public figure. I admired her in the early 1990s, when it twice voted for bill Clinton in the presidential election, but gradually began to pay attention to its many shortcomings.

Feminism Hillary, she declares, is really a Mirage. Its recognition by others is the merit of her husband, the charming and talented policy. Although she expressed support for women and children, she in his whole public career has not launched any programs of assistance to these groups. Yes, it is supported at different times by different programs or become one of the sponsors, but most of the time Hillary spent in trying to derive political benefits and to accumulate mountains of money.

— You call yourself a feminist, but at the same time are one of the most prominent critics of feminism, particularly its social-liberal trends. Why?

— I’m a feminist advocating for equal opportunities. That is, I — for the removal of all barriers for women in political and professional spheres. But I’m against special protective measures in favour of women, like “female quotas” for jobs or benefits to women in the handling of complaints of sexual offences. I want total equality before the law.

In my opinion, the protectionism of any kind infantilized women. My principles of “Amazon feminism” is based on providing opportunities for identity: women should not regress to the past and deteministic to be a ward of the state. 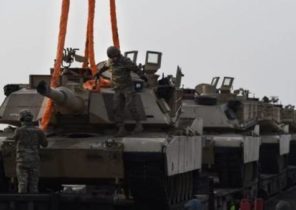